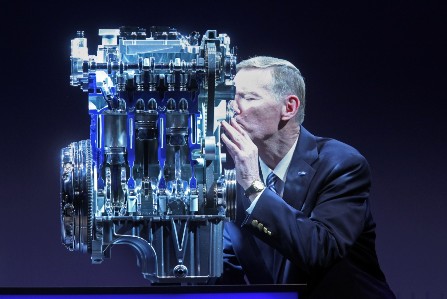 You may have noticed the general downsizing trend that’s going on under the hood. V-8s gave way to sixxes – and sixxes, to fours. 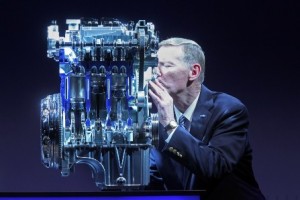 Now, it’s down to three.

For the first time since the ’90s, you can buy several new cars with three cylinder engines. These include the 2014 Ford Fiesta (reviewed here) as well as the just-updated BMW Mini Cooper.

More are on deck, too.

This “displacement downsizing” is trending for the same reasons now as then: Less engine equals fewer parts equals lower cost and less weight. And of course, the big one. Fuel economy. A three-cylinder engine has one less piston pumping – and sucking – than a four cylinder engine.

But, it also makes less power … all else being equal.

Which is a problem. 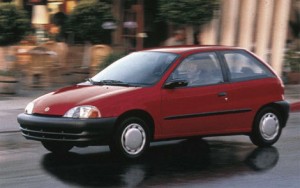 A circa early ’90s-era Geo Metro’s 1 liter, three-cylinder engine delivered exceptionally high fuel economy: 38 MPG city – better than most  current economy cars manage on the highway. And on the highway, the little Metro rated 45 MPG – a figure that has yet to be surpassed by any new car that’s not a hybrid or a diesel.

Very impressive – especially in view of the fact that the Metro did not have the technological advantages – such as CVT transmissions and direct/port fuel-injection – that are now commonly available.

However, the Metro was also almost unimaginably slow by current standards. It took 3-4 seconds longer to reach 60 MPH in a Metro than it does in the very slowest new car you can buy (which would be a Toyota Prius C hybrid; it takes about 12 seconds to get to 60). And while the Metro was capable of eventually reaching highway speeds, it often struggled to maintain them. At 75 MPH, the poor thing was very close to the edge of its performance envelope – and letting you know it with ever-increasing urgency. Dismal sounds of struggle emanated from under the hood. Flooring the accelerator did not result in acceleration. Just more cacophony of mechanical agony. 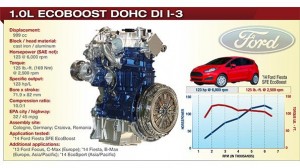 This was inevitable given the Metro’s 49 hp, 1.0 liter engine. (For some perspective, most current motorcycles have engines that are larger – and produce a lot more than than 49 hp.) It’s also unacceptable today. Back in the early ’90s, the highway speed limit was still 55 MPH, so traffic generally flowed no faster than the low sixties.

To make a modern three cylinder engine viable in today’s driving environment – where a car must be capable of  getting to 60 in under 15 seconds and be able to maintain 70-75 MPH on the highway without threatening to spit parts out of the oil pan – turbochargers have been fitted to provide an on-demand displacement (and so, power) increase without the “always-on” fuel-inefficiency of a physically larger engine. 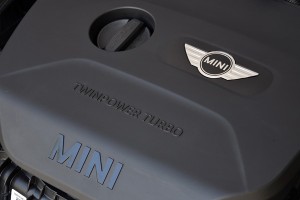 A turbo pressurizes the incoming air/fuel charge – stuffing each cylinder with more air/fuel than would otherwise be in there – temporarily (while under boost) increasing the effective displacement (and thus, power output) of the engine. This is why the current Ford Fiesta’s 1.0 liter engine produces 123 hp – more than twice as much power as the same-size Geo Metro’s 1 liter engine. But the take-home point is that the Fiesta’s power is on-demand. It only comes online when you ask for it – by pressing down on the accelerator. Which spools up the turbo, which – temporarily – increases the engine’s effective displacement and output.

If you’re not doing depressing the accelerator, on the other hand, the displacement remains small – and so does your gas bill.

It’s a win-win. Power – when you need it. High fuel efficiency the rest of the time.

But there are downsides. One actual, the other possible: 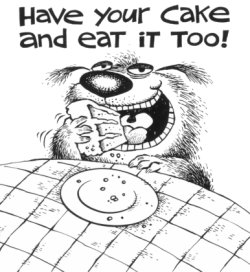 This is inexpensive by current standards, relative to the cost of the typical new car. But it’s pricey compared to what an early ’90s Geo Metro cost. The base price of a ’91 Metro was just $6,750. Adjusted for inflation (see here) that’s under $12k in 2014 dollars.

Adding a turbo and its related hardware (including a specialized exhaust system) adds an additional system to the car’s powertrain – which means the potential for more to go wrong, simply by dint of their being more things that could go wrong. It doesn’t mean they will. But they could.

This is the intangible – the unknowable.

As always in life, there’s no such thing as a free lunch.

But today’s triples are as close to having your cake – and eating it, too – as you’re likely to find.