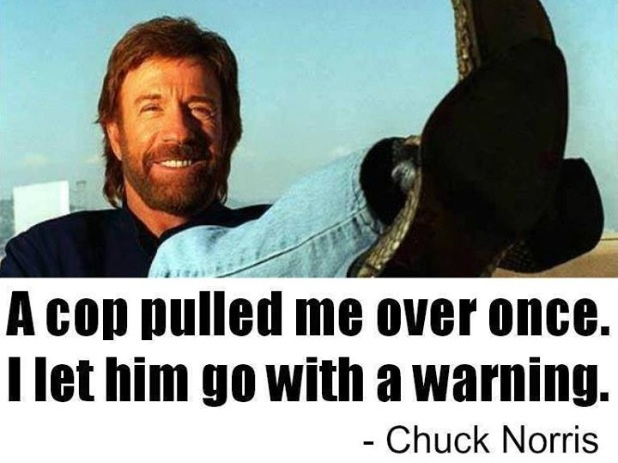 I view speed limits much as I do “limited” government. . . 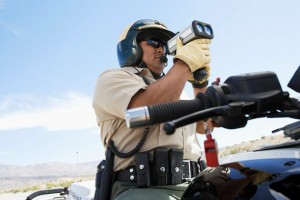 Throw ’em both in the woods!

The premise underlying each is absurd. And imposing the absurd using violence?

Why should anyone be subject to punishment merely for driving “x” speed? Is it not of a piece with punishing someone for merely consuming alcohol? (Or merely possessing some arbitrarily decreed-to-be-illegal plant matter?)

The “might cause harm!” cry of Clovers (EPautos’ house term for authoritarian statists) is immeasurably dangerous because there is no end to it; nothing potentially beyond its reach. Kind of like “limited” government – which inevitably accepts no limits whatsoever on the power it wields.

Let the standard be harmed caused – and you’ve established an objective limit beyond which force may not be applied against any person. Only those who have caused harm need sweat being punished. Those who have not caused harm are free. At liberty to go about their lives.

Doesn’t that strike you as both fair – and sensible? 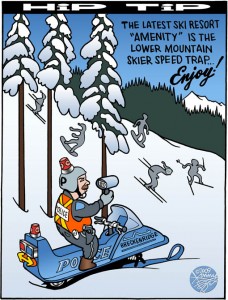 Imagine: The only people having to worry about cops or facing a judge would be those charged with tangibly causing harm to an actual victim or actual property owned by someone else. There would be an end to this byzantine – and cynical – business of people being put through the system who know they’ve done no harm to anyone – and who quite rightly feel no moral guilt – yet who are nonetheless punished for their manufactured offenses against the state.

Do you feel guilty of wrongdoing when pulled over by a cop for not wearing a seatbelt? For driving some arbitrary number above an arbitrarily posted number? Or do you feel disgust, anger – and resentment? Even Clovers should realize the dangerous cynicism their system cultivates. People lose respect for “the law” (venerated by Clovers) because the laws are obviously just random rules made by men – not revealed truths descended from heaven. These rules, being the product (at best) of the imperfect judgments of men, are often obviously silly (e.g., the “Drive 55” campaign of the ’70s and ’80s) and their enforcement an affront to common sense as well as common decency. It being indecent to hold people up at gunpoint and mulct them for money, using transparently ridiculous “violations” as the pretext for this robbery.

Speed limits as such – as enforceable mandates – ought to be thrown in the woods. For the same reason we’d (well, most of us but perhaps not Clover) would laugh at the idea of laws punishing people for running “too fast” or bench-pressing “excessive” weight. Some people are better at certain things than others. And other people are worse at them. Imposing arbitrary, one-size-fits-all limits on anyone for anything is just that – arbitrary. And that which is arbitrary is by definition unfair.

At least, when it is artificial. 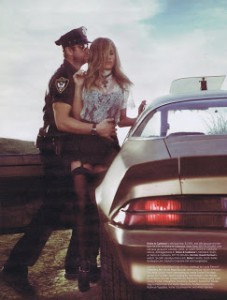 Nature is arbitrary – but there is no point in railing against the inequity of getting cancer. But getting a traffic ticket, that’s another thing.

Clovers want anticipatory and pre-emptive laws. That is, laws that assume something bad will happen (or is apt to happen) if  “x” is not punished. And which punish the “offender” as if something bad had actually happened. Innocence of having caused harm is no defense. The absence of any victim is not exculpatory. It’s not even necessary for the government to assert (much less prove) that anyone was harmed. Merely that “the law” was not obeyed is sufficient.

Thus, it is “illegal” (and a punishable offense) to possess pot because (so the theory goes) someone (a generality) might commit some (unspecified) harm after having smoked pot, or because the person from whom one bought the pot might have also sold pot to little kids. That you – the “offender” – have caused no harm to anyone is immaterial.

And so it goes by the side of the road. And in court. And when reading your just-“adjusted” car insurance premium.

Clovers wail that, absent speed limits, people will drive excessively fast and lose control. Yet they do exactly that already, speed limits notwithstanding. The difference between my approach and the Cloverfied approach is that I’d only demand those who actually lose control – for whatever reason – be held responsible for whatever harm they cause. Think about it. Are you any less injured if the person who wasn’t paying attention let a wheel dip onto the shoulder, then over-corrected, lost control and veered across the double yellow into your car wasn’t “speeding“? And – conversely – how have you been injured by the driver – in full control of his vehicle – who just passed you safely doing 10 MPH above the PSL? 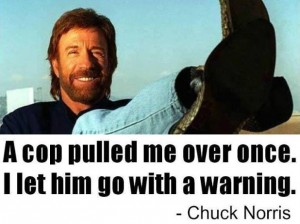 There is nothing wrong with speed advisories – signage indicating that (as an example) there is a curve ahead that those unfamiliar with it might want to slow down for. Drivers who don’t know that road – and who’ve never driven that curve before – may find this helpful. But it is ridiculous to punish the local who is familiar with that road – and who drives that curve everyday – for taking it at the speed he’s comfortable taking it.

Assuming, of course, he does so without causing harm to anyone in the process.

That was once the American Way. The implicit zeitgeist of the republic. Not “do as you please” – the dishonest, demagogic bleat of Clovers. But rather, do as you please, so long as you don’t cause harm to others.

The false choice offered by Clovers is total control in exchange for total safety – the “risk free” world. But this is a quixotic quest that can never end, because risk cannot be removed from this life. What can be excised, however, is the risk to our liberties, our peace of mind, our enjoyment of life – presented by random and arbitrary interferences – and punishments – based not on what we’ve done, but on what “someone” might do.