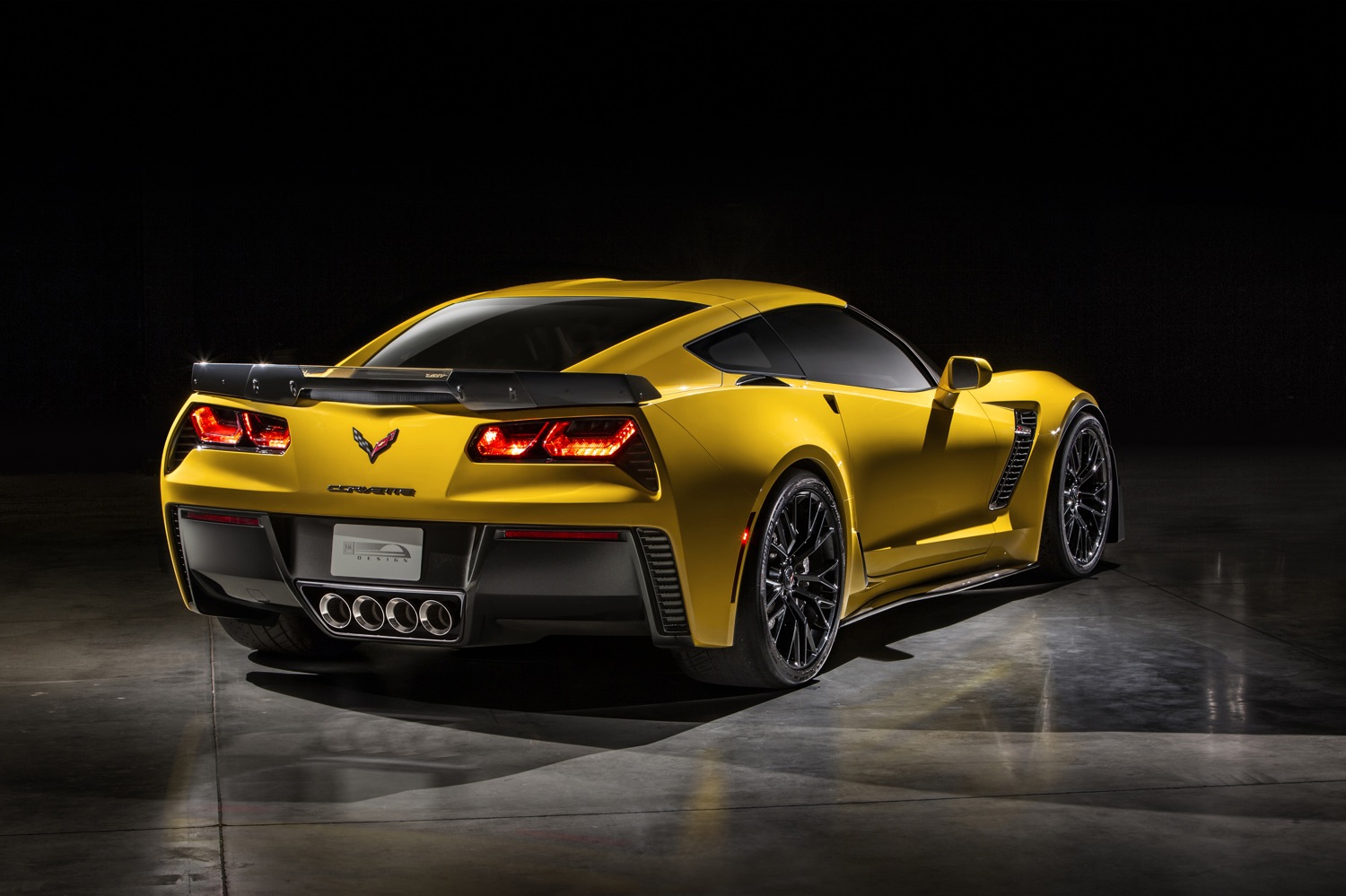 Going for a test drive is smart policy. The problem for most people is that test-driving all the available cars is not unlike visiting every Starbucks in the country. It’s not easy – and it would take a lot of time.

I, on the other hand, test drive new cars every week. And by dint of that, have test-driven pretty much every car on the market. I’ve distilled all that down to the following recommends – for this year –  which I hope will save you some time or at least. get you pointed in a good direction!

Yes, technically, it’s next year’s model. But as is common practice in the car business, the next model year is often made available in the preceding calendar year. Anyhow, what makes the Fit a great fit?

Though it’s very small on the outside – and so, very easy to park and maneuver – it has more room inside than much larger cars. How about more backseat room in this compact-sized car than in a mid-sized car like the Honda Accord? And 41 MPG on the highway, too. 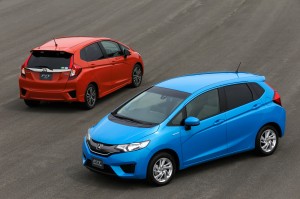 But it’s not purely about practicality. The Fit – like the Civic CRX of the ’80s – is also a fun car, with a typically Honda rev-happy engine and an also typically Honda shifter (in manual equipped versions) that’s pure pleasure to play with. Oh, and there’s no fuel economy penalty to going with the manual over the optionally available (CVT) automatic – as is usually the case these days.

Well, in the competition’s cars.

Luxury cars are many things, but rarely economical to operate. And the few that have been easy on gas have typically been hard on the soul – being embarrassingly slow. 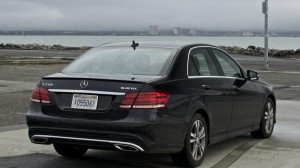 The E250 up-ends all that via a devastating two-punch of diesel power and (for the first time ever in a big Benz) four-cylinder diesel power. Just 2.1 liters – in a 4,200 pound car. But with 369 ft.-lbs. of torque available right now ( from about 1,500 RPM on up) you still get to 60 MPH in less than 8 seconds. And you’ll also get 45 – or better – on the highway. The Benz also costs thousands of dollars less than its less efficient rivals from BMW (5 Series diesel) and Audi (A6 TDI).

As they say in Germany, ausgezeichnet!

This mid-sized crossover actually crosses over. It has – can be ordered with – the equipment necessary to actually go off-road.

Yet it’s not a beast on the road. 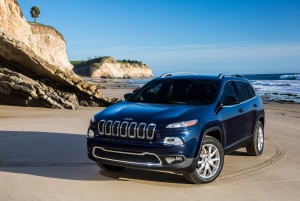 Unlike every other so-called crossover – all of which are functionally just cars in SUV drag – the Cherokee is available with a serious four-wheel-drive system with Low range gearing… as opposed to the car-esque all-wheel-drive that’s typically found underneath other crossovers.

Another thing you’ll find in the Jeep that you won’t find in many if any of its rivals is a big V-6 engine – paired with a nine-speed automatic transmission. Result? Big hp numbers – and not-bad EPA fuel-economy numbers. 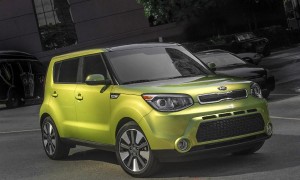 For once, the name fits. This little “box car” has it. Soul. It makes me smile – and I think you will, too. But it also makes sense – and that may be even more persuasive. Though it’s positioned in the econo-car class – and priced accordingly – the Soul can be ordered with a variety of engine/transmission combos and amenities that are hard if not impossible to find in the econo-car class. Among them – a heated steering wheel, heated rear seats, three-mode driver-selectable steering feel, a built-in fridge, a panorama glass roof and a big-screen (eight inch) touch-screen control interface.

All for less than $30k, without even haggling.

You know what’s hard to find? An SUV with a diesel engine that’s not too big – or too small – and which doesn’t make a big deal about itself and how much it cost you. The only one that fits that bill is the VW Touareg. It’s the softer-spoken version of the Porsche Cayenne and in between (size-wise) its Audi cousins, the Q5 and Q7 TDIs. It also costs many thousands less than the very nice – but very expensive – BMW X5 diesel. The Mercedes ML350 matches the Touareg’s moves (and price) but – being a Benz – is the far flashier of the two.

If you want everything the Benz offers – except the attention it will get you – take a look at the VW. It’s as luxurious – and even longer-legged, with a highway range of almost 800 miles on a full tank. That’s best in class. Also its hulky max tow rating: 7,700 pounds, or 1,000-plus pounds more than its rivals. 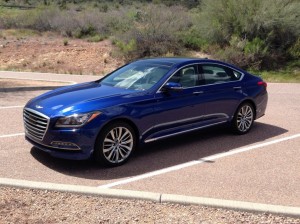 Those old enough to remember what the car market was like before 1990 will recognize the history being repeated. Just as Lexus changed everything when the first LS sedan appeared back in ’89, so also Hyundai is changing everything – only this time, it’s mainly the Japanese in the crosshairs. The Genesis is aimed squarely at Japanese luxury sedans like the current Lexus LS – which costs $20k more to start and still isn’t as powerful (or as roomy) and arguably less luxurious than the audacious Hyundai.

Even the base model shames its name-brand rivals.

And what’s in a name? Don’t forget that back in ’89, “Lexus” was by no means the blue chip brand it is now. But the smart money knew it would be – and bought in early. 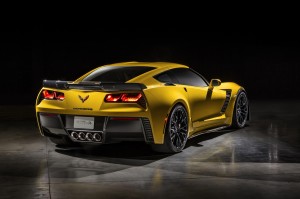 Costs $20k less than a new Z28 – and delivers better performance than Porsches that cost nearly twice as much. Wildest looking ‘Vette since 1967, too.

The first four-cylinder-powered Mustang since the ’80s out-performs the V-8 Mustangs of the ’90s – and gets better mileage than both of them courtesy of “Ecoboosted” turbocharging. It’s like having an old SVO Mustang – and a Five-oh GT – in the same package. 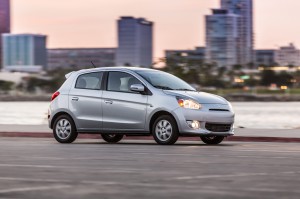 Three cylinder-powered cars are back (see here) but only one of them isn’t turbocharged – and doesn’t cost $16k and up. That car is the Mitsubishi Mirage – which starts just over $12k (making it about the most affordable new car you can buy) and delivers better-than-40 on the highway (making it one of the most efficient cars you can buy. Combine the low cost to buy – and feed – and you’ve got one one of the least expensive cars to drive you can buy.