One of the last rickety supports holding up the rule of law was thrown in the woods by the Supreme Court a couple weeks back.

In Heien vs. North Carolina, the court ruled (nearly unanimously, there was just one dissenting opinion) that evidence obtained as the result of a “mistake of law” can and will be used against you, provided the mistake was (wait for it) “reasonable.” This is an affirmation – or expansion – of the previous idea that if a cop acts in “good faith” his illegalities are to be forgiven.

Meaning, if you’re stopped by a cop for no legitimate legal reason, any subsequent charges they pin on you will stick.

Nicholas Heien was pulled over back in ’09 by a North Carolina cop for the erroneous offense of driving with a broken brake light. Turns out that in North Carolina, the law only requires that a vehicle display an (as in one) operating properly brake light. The cop pulled Heien over based not on “the law” but rather on what the cop believed “the law” said. 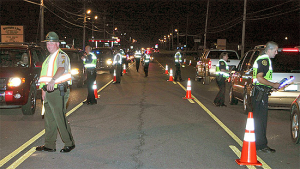 Arbitrarily illegal drugs were discovered in the car and Heien was arrested. Probably the cop went home after his shift and enjoyed some arbitrarily legal drugs (alcohol).

Anyhow, Heien and his lawyers argued that it’s the obligation of law enforcement to know the laws they enforce, that the cop in this case had no legal grounds to stop Heien in the first place and thus, the subsequent search and discovery of illegal drugs – and ultimately, the arrest of Heien – were all illegitimate.

“It would undercut public confidence in law enforcement and the common law rule upon which the criminal law is built to say the government doesn’t have to be presumed to know the law when it acted,” said Jeffrey Fisher – Heien’s lawyer. 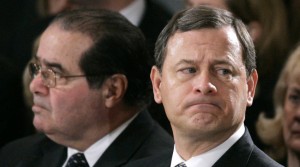 But Chief Justice (sic) John Roberts, writing for the majority, does not think so: What cops (and courts) tell us – ignorance of the law is no excuse – does not apply to those who enforce the law, says Roberts. Heien “is not appealing a brake light ticket,” he wrote. Which is true. He’s appealing being stopped for no legitimate (legal) reason –  the crucial point Mr. Justice Roberts simply ignores.

He goes on to say that provided such mistakes of law are “reasonable,” no worries. “Reasonable,” of course, being in the eye of the cop (and courts). The latter having already decreed that it’s “reasonable” to randomly subject motorists to police investigations under duress, absent even an assertion of individualized suspicion that maybe they’ve been drinking.

The Heien ruling upends the previous “fruit of the poisonous tree” doctrine, aka the exclusionary rule – which held (for decades) that the initial stop (or search or interrogation) must be based on solid legal ground; that some definable, specific violation of law must occur prior to further investigation (including searches and arrests) and that, in the event it can be proved the cop had no legal grounds for the initial stop/search (and so on) anything obtained as a result of that legally improper stop/search had to be thrown in the woods (i.e., not used as evidence in court against the defendant).

So much for that. 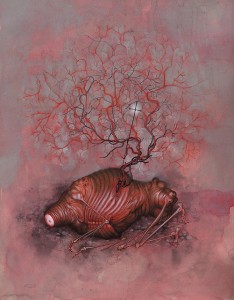 Writes Roberts: This ruling “does not discourage officers from learning the law.” Except for their no longer being any particular motivation for expecting them to know it. If it doesn’t matter – in terms of invalidating a stop, a search, an interrogation performed under duress  – and any subsequent prosecution based on these – then what reason is there for not simply stopping, searching people for no (lawful) reason whatsoever?

It’s of a piece with other recent eructations of The Supremes – including the heinous, bizarre idea that motorists  (by dint of motoring) have given their “implied consent” to witnessing against themselves via forced blood draws and body cavity searches. The Fifth Amendment, too, has been thrown in the woods.

Cops – the self-style enforcers of the law – have just been formally advised by the highest court in the land, the one that makes up law as it goes – that cops need not even be familiar with the laws they enforce. So long as they claim what they did to us is “reasonable” and that they acted in “good faith.”

Jesus Christ! When did America flush itself down the toilet? And does anyone care? 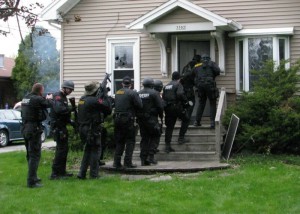 “One is left to wonder why an innocent citizen should be made to shoulder the burden of being seized whenever the law may be susceptible to an interpretative question… an officer’s mistake of law, no matter how reasonable, cannot support the individualized suspicion necessary to justify a seizure under the Fourth Amendment.”

Though little news coverage was devoted to the Heien ruling, its aftershocks will be felt by all of us. Because none of us can any longer feel secure in the knowledge that we haven’t done anything to (legally) justify being hassled by a cop. That we are subject to being stopped, searched – and much worse – without the cop having to bother about having a legal reason for doing it.

Put bluntly (these are blunt times): They can now fuck with us at whim – and the courts will pat them on the back for doing it.

Meanwhile, for us, “the law” is something we’d damn well better know. Except even that’s no longer possible, since Mr. Justice Roberts, et al, have ruled that the law is whatever a given cop decides it is at any particular moment. 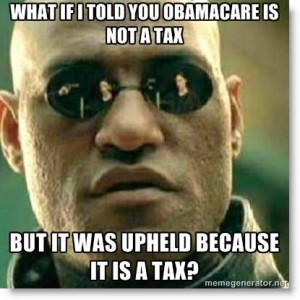 This, of course, issues from the same man who decreed that the Obamacare’s individual mandate is merely another tax and so perfectly legit, Constitution-wise.

The increasing audacity of these cheap totalitarian flim-flams almost beggars belief. Of course, the defining essence of totalitarianism is precisely its arbitrariness. Words are meaningless – or rather, mean whatever those in power decide they mean. And they may mean one thing today, another tomorrow. Each must be accepted – and obeyed – with what amounts to religious fervor only sans the numinous deity and in his place, the state.

Soon they’ll be telling us one moment that we’re at war with Eurasia… the next, East Asia… and the masses will not even pause to notice it.

The End Has a Date