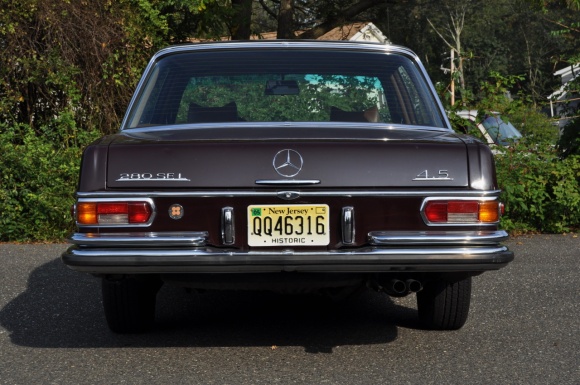 Most of us would like our vehicles to last a long time – and cost us as little money as possible during that time. Here are a few tips toward that end: 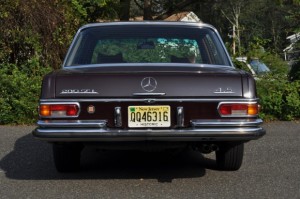 * If your vehicle has a manual transmission, the first time you start the car in the morning – especially if it’s a cold morning – select neutral after starting the engine, gently release the clutch and let the car idle for about 30 seconds before driving off.

This isn’t about warming up the engine (that’s no longer necessary, unless the car is very old and has a carburetor rather than fuel injection). It’s about circulating gear oil inside the transmission.

With the clutch out and engine running, the transmission is physically connected to the engine; but being in neutral, the car’s not moving. However, inside the transmission, the gears inside are spinning. This spreads lube all over the moving parts before the car begins to move – without putting any real load on them. It also helps to warm up the gear oil, which can get thick sitting overnight (if it’s a cold night) which can make shifting gears a bit harder until everything warms up as well as possibly increasing wear and tear. 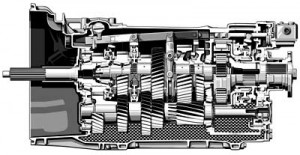 Letting the car “idle” for 30 seconds or so when you first start up in the morning is a costless, painless way to help your manual transmission last as long as the car does.

FYI: Some late model manual transmissions use automatic transmission fluid (ATF) rather than gear oil. The ATF is thinner (less viscous; flows more readily when cold) so “warming it up” is less an issue, but there is still a benefit in terms of making sure the transmission’s internals are thoroughly coated before driving off.

* Do not let either brake or clutch fluid age like fine wine. 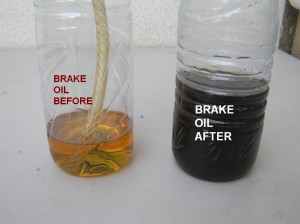 Pop the hood of your car and take a look at the two fluid reservoirs located (usually) on the driver’s side of the firewall. Well, there’ll be two of them if your vehicle has a manual transmission; if it has an automatic there will be just the one. But whether you’ve got one or two, they both use the same hydraulic fluid (generally referred to as brake fluid) and it’s imperative that it not be allowed to “mellow” from its new-condition clear/light yellowish to dark brown blackish. If, that is, you prefer to avoid expensive brake work (master cylinder, ABS components, calipers) and also expensive transmission work.

All modern vehicles with manual transmissions have hydraulically assisted clutches, to make engaging the clutch easier (and also to extend the life of the clutch). But if the hydraulic circuit fails – which usually means a bad slave cylinder – it can make the car undriveable because it’s no longer possible to engage/disengage gears smoothly (or at all). And – here’s where it gets mean – replacing the slave cylinder can, in some cases, mean pulling the transmission. 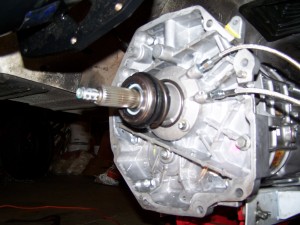 Same – or similar – goes for the brakes (which, again, use the same hydraulic fluid). Dirty/degraded fluid can send the master cylinder and ABS pump to the junk parts heap years before their time.

The general rule is: Change the fluid in both circuits every 2-3 years, but the best policy is to check under the hood once a year – and when you see the fluid going from clear-yellow to dark brown, change it (or have it changed) regardless of the time/mileage interval.

This is one of those instances where spending a little now will most definitely save you a great deal later.

* Run your air conditioning in the winter.

Do this, if you like being cool in the summer. Turning the AC on will cause refrigerant and lubricant to be circulated through the system – which is supposed to be a sealed (closed) system. But if seals become leaky – because of months of not being doused with lubricating oil, then your refrigerant – the stuff that gives you cool air – can escape. Which means, come summer, your system’s running low on refrigerant – and you’ll be running hot. 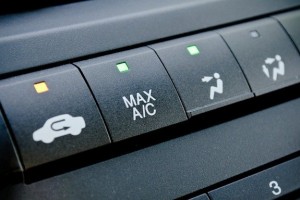 If you’ve had to deal with AC system service lately, you’ll know how expensive even a basic fill-‘er-up can be. Because the law requires that before any automotive AC  system can be topped off with fresh refrigerant, any leaks must be fixed. The refrigerant is deemed an environmental hazard. This is also why, incidentally,  only “qualified” AC techs – with the approved equipment – are legally allowed to work on automotive AC systems. And they don’t work cheap.

Some good news: You don’t have to freeze yourself to avoid a dried out AC system.  You can adjust the temperature to a comfortable setting; so long as the “AC” light is on, the compressor is cycling and the refrigerant/oil is circulating. Also, if you use the defrost setting, the AC ought to come on, too. The reason why? To dehumidify and so clear the windshield faster. Cars with automatic climate control do this automatically. But if you have manual AC there will typically have a knob or button that must be manually rotated or depressed to turn the AC on.

Either way, be sure to do it at least once or twice a month during the winter months, and let it run for about five minutes each time. 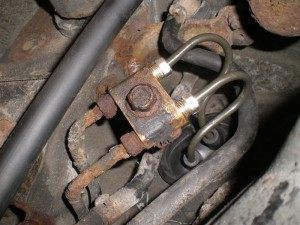 One thing that’s changed – dramatically – over the past 30 years is the useful life of the typical car engine. 150,000 miles is ordinary – whereas in the ’70s that would have been considered exceptional. The catch is that other parts of the car often don’t hold up in tandem.

Often, small parts that can cost big money – and cause big hassles.

Personal (and unfortunately, true) story: I had a ’98 model year pickup with about 130,000 miles. I bought it used about ten years ago; its former owner had used it for snow plow work.

The engine still ran like new. Original clutch. The paint still sparkled. But underneath… all the brake lines, all the fuel lines were severely rusted. Six years of snow-plow duty will do that to a truck.

One day, when I went to start the truck, I immediately smelled gas – and found it was spraying arterially from a weak point that had become a hole in the metal fuel line that fed into the fuel tank. To get at it in order to fix it required removing the gas tank – no small job (and no small bill if I’d had to pay someone to do it) and then replacing the line, which turned out out to be part of an expensive “assembly” (more about this here.) As I looked around at the undercarriage, I realized other lines would soon need to be replaced for the same reason (you don’t want a brake line to bust while you’re descending a 9 percent grade). 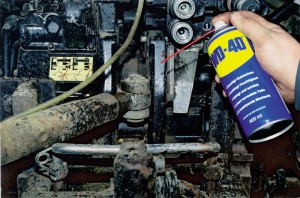 But the bottom line was that rust had eaten at the truck’s guts such that I could expect constant problems. And because the rust was so bad, even removing the old parts had become problematic in that bolts and attachment points were beyond tools. Things would have to be cut and spliced from now on. Time to say good-bye.

So I sold the truck – which (as far as its engine and transmission were concerned) probably still had another 100k of life left.

You can decrease the odds of such problems by spraying down metal lines (especially where they screw into components; for instance, the brake lines that screw into each brake caliper) with a water dispersant/protectant such as WD-40. Do it regularly (twice year) from new and your lines will probably not give you trouble for the life of the car.

Which ought to help you squeeze as much life (and miles) as possible out of the rest of the car.