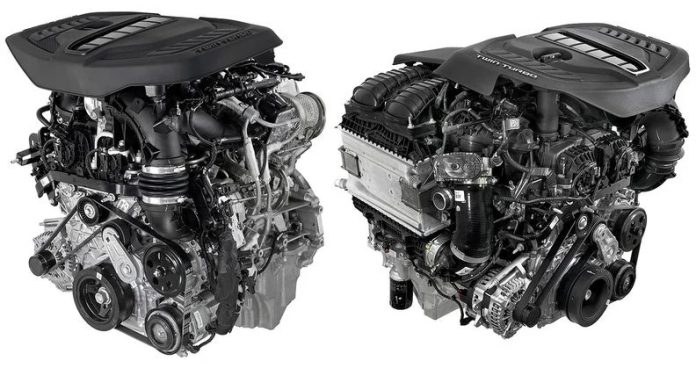 The Hemi V8 engine may be history – or will soon be that, tragically – but Dodge hasn’t given up on engines just yet.

A new engine – rather than another electric motor – is coming, soon. It’s not a V8 – because V8 engines are too big, all the time, to “qualify” for legality under the anti-engine regulatory regime of the Biden Thing. Which recently “mandated” that all engines must soon approach the 50 MPG mark – else be heavily fined. As well as “comply” with “emissions” regulations that “mandate” essentially zero emissions – at the tailpipe –  of the dread gas carbon dioxide. The one that amounts to less than .01 percent of the gasses that compose the Earth’s atmosphere. We are supposed to believe that a fraction of that fraction – “emitted” by gas-burning engines – constitutes an existential threat to the “climate.” 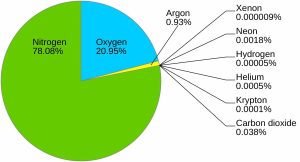 Kind of like the “virus” that was so threatening it didn’t kill 99.8 percent of the population.

You might be tempted to think it’s all an excuse – rather than a reason.

Dodge understand that there’s good reason to hang on to engines, even if they can’t be V8 engines, anymore. The management  understands that a Dodge like the Charger or Challenger without an engine is like a meatless steak dinner and that probably not many people are going to order one, from them. Dodge being the one brand left that still sells unapologetically anachronistic cars that aren’t from the the “healthy choices” menu. People want what Dodge is selling precisely because no one sells anything like what they’re selling. 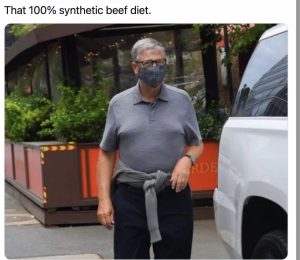 The same goes for the kindred brands, Ram trucks and Jeeps; Chrysler, too.

They are the anti-electric car brands.

But can they survive without the big V8s that define them? We’re going to find that out, soon.

The  replacement for the Hemi series of V8 engines – in 5.7, 6.2 and 6.4 liter displacements – will be an in-line six of about half that displacement, heavily turbo-boosted to make up for it.

It is the “Hurricane” 3.0 liter engine, which is an entirely different kind of engine. The Hemis were pushrod-actuated, overhead valve engines with just one camshaft operating the works. This simple – and compact – layout, with fewer parts – defines the modern V8 engine, which has been around since the mid-1950s and for good reason. 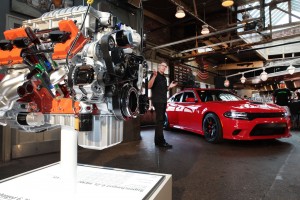 Lots of easy power – without much expense. The design made powerful V8s common because common people could afford them. And common people loved them. These engines were continuously improved over the decades such that they got to the point – in the case of the Dodge V8s – that they were generating more than 700 horsepower (in Hellcat supercharged form) and embarrassing “modern” engines with multiple overhead cams and four rather two valves per cylinder.

But, they weren’t as “efficient” – meaning, they used a bit more gas. The people who bought them obviously weren’t worried much about that – else they wouldn’t have so eagerly bought them. This is a point never addressed when the subject of “efficiency” comes up. The government – the busybodies who have the power of government – say that without their regulatory cattle-prodding, companies such as Dodge would just continue selling “gas hogs” with big V8s.

Is anyone being forced to buy these “hogs”? Are there not less “hoggy” alternatives available for those who want such? If Dodge can sell its “hogs,” does it not imply that people want them? If so what gives the busybodies the right to thwart the transaction?

Since these questions haven’t been raised, the answer is this new in-line six, which does have multiple overhead cams and four valves per cylinder. Plus two turbochargers.

These are the keys not just to horsepower but compliance.

The cams and valves increase airflow. The turbos increase effective displacement. A V8 inhales a certain amount of air; a turbocharged engine is force-fed air. Negative vs. positive pressure. But – in the case of the latter – only when under boost. When not, the engine inhales less air – and burns (and emits) less gas. 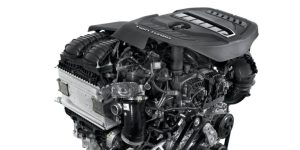 And that is the key to compliance, at least on paper. Which is all that matters in these latter days, when car companies are obliged to build cars for the government first and customers second.

Dodge – and everyone else – must meet various arbitrary government standards, as set forth in regulations. As defined by government testing. Thus, a 3.0 liter six will use (and emit) less gas on government fuel-efficiency tests because the smaller/boosted engine isn’t always under boost and can be programmed to deliver a better score on the tests than a big V8 that’s always the same displacement. 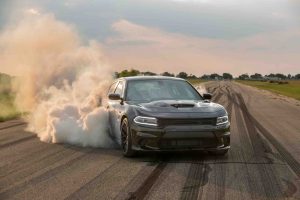 Whether these differences will matter to Dodge buyers remains to be seen.

Dodge hopes to salve their sorrow over the government-mandated retirement of the Hemi V8 by offering up more power than the Hemi V8 delivered. The standard output (SO) version will reportedly ante up “more than” 400 horsepower – and 450-plus ft.-lbs. of turbo-boosted torque. The high output (HO) version will kick that up to more than 500 horsepower and 475 ft.-lbs. of torque.

The current 5.7 liter Hemi V8 that’s available-for-now in various Dodge (and Ram and Jeep) models produces about 375 horsepower and 410 ft.-lbs. of torque. So – on paper – the new in-line six looks pretty good.

But will Dodge buyers buy it?

A possible mistake being made here is to equate power with desirability. A Tesla S is a very powerful car. But it doesn’t do much, emotionally, for people who like V8s – even if they are not as powerful. There are intangibles in play.

The sound, for instance.

Sixes have their own sound and some sound very good. But none sound like a V8. They can’t.

And – more fundamentally – a six isn’t an eight. No matter how powerful. It’s just not the same – and it may well be critical in that muscle cars – which is what Dodge sells, fundamentally, are defined by the big V8s under their hoods. 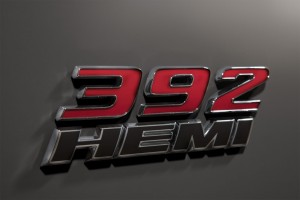 Without that, they are performance cars – a different thing. And – the hard truth – also the same things as so many other performance cars already out there. If you want that steak dinner, nothing else is going to satisfy you.

Even though it may – temporarily – satisfy the government.

“The Hurricane twin-turbo is a no-compromise engine that delivers better fuel economy and an important reduction in greenhouse gases without asking our customers to give up performance,” says Micky Bly, the head honcho of Propulsion Systems (whatever happened to engineering?)

We’ll soon see what settles out.

And So They Drooled