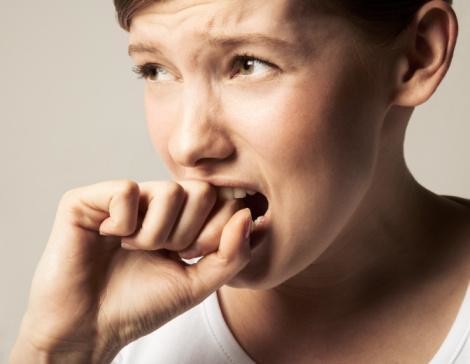 Soon, you won’t even be able to toss a gym bag on the back seats. Well, not if you want to avoid the dreaded – and relentless – “buckle up for safety” buzzer. Which the government is about to mandate shall be wired into the back seats now, too. 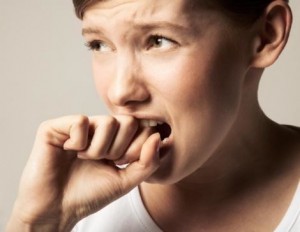 There is, you see, an epidemic (well, they want you to so see) of kiddies who furtively unbuckle themselves – unbeknownst to the parents up front. This, the Safety Cult cannot abide. Hence – and even if you don’t have kids – your next car (assuming you’re still willing to buy one) will come with the buckle-up buzzer in both rows.

Up to now, the buzzers have only been wired into the driver’s and front seat passenger’s seats.

“Wired” meaning not just designed to shriek at you like Hillary Clinton if you (or your passenger) don’t immediately put on the got-damned seatbelt – even if you’re just rolling the car down the driveway to the mailbox – but also meaning it’s wired into the (also mandatory) airbag system. Which means that almost any pressure sensed in the seat – such as that exerted by the weight of a laptop, or even (I am not exaggerating) a foot-long hoagie from Subway – will be “sensed” as an unbuckled occupant. And trigger the got-damned buckle-up buzzer. Ding! Ding Ding! Saaaaaaaaaaafety!

You either buckle-up your hoagie – or put it on the floorboards.

Until they put sensors there, of course.

So now, the backseats aren’t safe. For hoagies, that is. Or laptops or backpacks or bags of groceries. Unless they’re buckled up, too. Which is no joke. That’s exactly what the “experts” think you ought to do. Because unbuckled groceries might flop around in the event of an accident – which is always imminent in the frantic minds of the Safety Culters. Even if you haven’t had one in 30 years. Or ever.

And that might justifies all these very actual interventions – from random sobriety checkpoints to dragnet-style eavesdropping on us. Someone might be drunk driving.

Or – possibly – a terrorist.

A few years back, when this teeth aching proposal first surfaced, the hoary archbishop of the Safety Cult – Ralph Nader – and something called Advocates for Highway and Auto Safety whinnied to NHTSA that “289 lives could be saved” (italics added) if backseat buzzers were mandated in all new cars. This is about five times less than the number of people who actually do die annually in the United States as a result of stumbling (and subsequently, falling). Really. See here, if you don’t believe me. 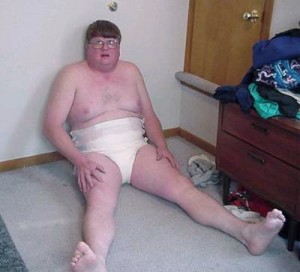 Logically, shouldn’t the priority be that instead? Or rather: If the roughly 16 million cars sold each year in the United States must be fitted with backseat buzzers in order to save a hypothetical 289 lives, why on earth is it still legal for anyone to walk around without a personal airbag strapped to their body?

Or at least, a buzzer to warn them of potential stumbling hazards?

And: How many lives will be lost as a result of these buzzers? You know – drivers startled and distracted by claxons that will not shut up? Now you’ve got to try to reach around behind you – with the car moving – to either shift the bags of groceries (or buckle them up) while you’re still buckled-up… . one cam almost hear the sound of crunching metal.

My teeth are really beginning to hurt now.

Did you know that it is considered dangerous “free range” parenting to allow your kid to walk down the street by himself to his friend’s house? And that Child Protective Services will probably be sicced on you, if you do allow it? You’re supposed to strap him into the minivan – soon, no doubt, with a helmet also strapped on – and drive him the half mile to his friend’s house. To be “safe.” Because of the one in a million shot that Chester the Molester might be lurking in the bushes. Danger, danger, everywhere.

Society has gone nuts. Which is bad news for the few who are still sane.

Back in 2005, Hunter Thompson blew his brains out – because he knew what was coming, Indeed, what was already here.

I am beginning to understand.