I’ve ranted in the past about being rope-a-dope’d into a state of exhausted fury by annoying automotive technology. Well, I’ve got fodder for a fresh rant. This past week, I had a new BMW X to test drive (you can read the review here). Overall, not a bad car. But there are some things about it that would have me breaking out the ball peen hammer. To wit: 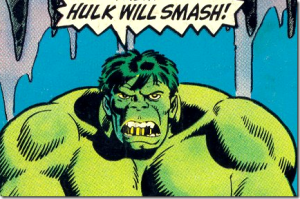 So I went shopping at the local boutique food place – which has an excellent deli – and bought myself a sub to go, along with a few bags of take-home food. Climb in the car, place groceries and sub on the empty passenger seat. Some people text and drive – I like to eat and drive. So, I like to have my food accessible. But BMW – and not just BMW – doesn’t want me to  put bags of groceries (or even a deli sub) on the passenger seat. Not unless they’re buckled-up for safety, that is. Fail to do that and the ultra-annoying (because it’s relentless, loud and can’t be ignored) buzzer and light show commences. The only solution is to buckle-up the groceries (or the sandwich). Reach over, grab the bastard belt and insert the male end of the clip into the female receptacle. This will at last shut the damn light and sound show down. But now you have to fumble through/over/around the stupid belt to get at your stuff. 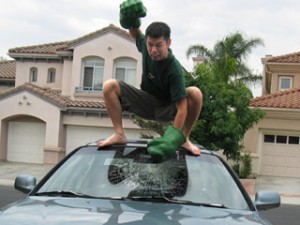 Maybe you think groceries should be stowed in the cargo area. Not that it’s any of your business where in my car I put my stuff – but, ok. It’s still not enough to avoid a sudden startling by the buzzer/light. The sensors in the seat are so sensitive that even a sub sandwich will trigger the show. Even resting your hand there can do it.  This is not just an X3 – or BMW – thing. It is an all new cars thing.  And they wonder why half the country is on either anti-depressants – or high blood pressure meds. 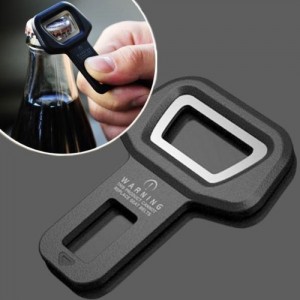 Luckily, there is an end-run. A modern-day take on the ‘ol catalytic converter “test pipe.” Lookee here.

Not to be mean to BMW… but this same X3 did something I didn’t think possible – and which left my stuttering with fury. I am also a guy – a Gen X guy – who does not like back-up cameras. They are two dimensional and have a limited field of view. I prefer to use my eyes. Sometimes, when backing up a car at my place (aka Redneck Graceland) I like to open the driver’s side door and look out behind as I back-up. Well, I did this in the X3 – and the car’s computer jumped in and put the transmission in neutral – while squawking at me like Myrna Goodwin, Fifth Grade Substitute Teacher, to close the door!  Saaaaaaaaaaaaafety! The transmission – electronically controlled, ‘natch –  would not accept any commands until the door  was no longer “ajar.”

I was really hoping to get in maybe 50 years or so of the adult experience – you know, being able to decide things for myself – before being ushered into my second childhood at around 75. Instead, the car companies have become our parents – a preview of what is to come when we enter the Old Folk’s Home. It’s time for your pills, Mr. Peters. Time to go to bed, Mr. Peters. Oh no, Mr. Peters, you can’t eat that. You know that it’s bad for your cholesterol… .

There’s no way to defeat this deal, either. It’s not like the “safety” buzzer – which you can find and smash (or just unplug). This bug is deeply embedded in the all-controlling computer that runs the car. There’s no escape. Sit down, stop fidgeting. Eyes ahead. Now open to chapter three and read along with me, children … . 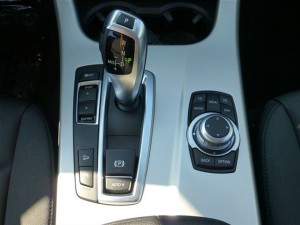 One of the reasons people tended to shun diesel-powered cars was the noise made by a diesel engine. The click-click-click-click-click-click dieseling sound they made. It was not – is not – a particularly pleasant sound. But it’s one of those things you put up with because in return, you got all the advantages of having a diesel engine, such as superior fuel efficiency, excellent low-end torque and (as a rule) double or even triple the service life of a gas-burning engine. But what about a gas-burning engine that diesels? Welcome to the world of gas direct injection – DI, in the parlance of automotive journalism. Instead of injecting the fuel mist just before it enters the combustion chamber, DI sprays it directly into the combustion chamber – at extremely high pressure. This helps the engine to be slightly more fuel efficient – a motivator for engine designers in a world of ever-upticking fuel-economy fatwas coming from DC. To reach the 35.5 MPG average laid down for model year 2016, DI has become a de facto standard in all new cars. Those that don’t have DI engines yet soon will.

And all of them diesel. 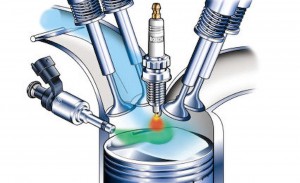 But here’s the real kick in the balls: These DI cars are not even particularly fuel-efficient. We are talking high-20s on the highway for something like the X3 – maybe 35 or 40 for the very best current-year small cars. This is not quite as good as the best (most frugal) economy cars of the Reagan era managed.

Without DI – and gas engines that dieseled.