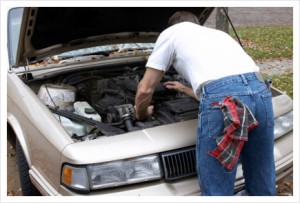 Many people have been intimidated  into submission – and don’t even check their car’s fluids anymore. This is too bad – because while it’s true new (and recent vintage) cars are more complex than cars have ever been, in some ways, they’re actually easier to work on.

The bottom line is you can still do a lot yourself – and save yourself both time and money. For instance:

Many late-model cars have just a single “serpentine” belt that drives accessories like the air conditioning compressor, the power steering pump, the water pump, alternator and so on. In the not-so-good-old-days, it was common for each accessory to be driven by its own belt. Many engines had at least two and more often three belts to deal with. Not only that, but each belt had to be tensioned correctly by manually applying leverage, then tightening the bolts that held the item in place. It was actually harder to change/adjust belts in the old days than it is today. Because today, if your car has a serpentine belt, you only have one belt to change – and the tension is taken care of for you by an automatic tensioner. Typically, the job involves nothing more complicated than using a wrench or socket to apply some force to the tensioner, in order to release the tension on the belt – which can then be slipped off the pulleys. To install, just work the belt around the pulleys (follow the diagram on the sticker under the hood – most cars have these) and then, using your wrench or socket to leverage the tensioner, slip the belt over/around the tensioner pulley – and release. The correct tension will be set automatically – and you’re all done. This is a job that can still be done by an average person – with basic tools – by the side of the road, if need be. Don’t be afraid. It’s actually simpler than it used to be in the days of multiple drive belts. Serpentine belts can last a long time – 50,000 miles or more – but it’s a good idea to check annually for signs of pending problems such as cracks, which indicate the the belt material is beginning to deteriorate. 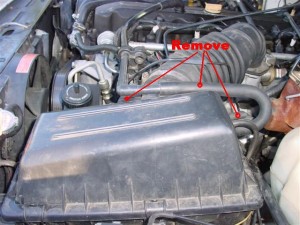 Checking (and replacing, if need be) your engine’s air filter is still more or less the same as it was 30 or 40 years ago. The difference is getting at the filter. In the past, there was (typically) a round housing with a lid held in place by a wingnut. You spun loose the wingnut, removed the round lid – and removed the also-round air filter. Easy. It still is today – only now there is (typically) a box held in place with snaps or large plastic screws – and the filter inside is flat. It can look intimidating – but it’s not. In most late-model cars, the snaps can be undone without any tools – and if there are plastic (or similar) screws, these are usually easy to turn out with a basic screwdriver. You should not need more than that in the way of tools. So, undo the snaps – or back out the screws – and pull off the top. Now you can pull out the filter. If it’s obviously dirty, it probably should be replaced. If it’s not so obvious, you can try holding it up to a bright light (or sunlight). If you can see light through the filter, it is probably still ok. If you’re in doubt, lean toward chucking and replacing. Air filters are cheap. A dirty one that strangles your engine – or lets it suck in abrasive particles – can lead to expensive problems. Typically, a filter is good for about three years/30,000 miles – though this varies depending on such things as whether you drive down dusty roads a lot (more frequent filter changes) and so on. It’s a good idea to check once a year, regardless. 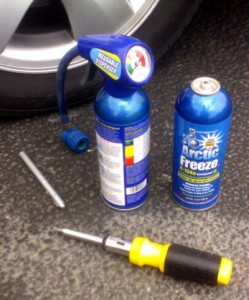 The AC system in your car operates by cycling refrigerant (in most new and late-model cars, the compound is R134a) through a liquid and then gaseous state, over and over. And over time, as the system ages, some of this refrigerant (at the molecular level) escapes past seals and even permeates through rubber hoses. As the refrigerant level falls below what it should be, the system doesn’t work as efficiently – it doesn’t cool as well – and may even not cool at all. Sometimes, you can recharge the system yourself – and save a bunch of money. Most auto parts stores sell DIY recharge kits, which consist of a can of refrigerant with (ideally) a gauge and a hose to connect the thing to your car’s AC lines. There is a high pressure and a low pressure side. You want the low pressure side (the kit’s instructions will explain how to pick the right one). You connect the hose to the AC low pressure line, then start the car’s engine and cycle the AC system on. Now, you’ll press the button on the can of refrigerant – it operates like an aerosol can – while watching the gauge on top, which will have a yellow (low charge), green or blue (proper charge) and red (overcharge) face with a needle pointing to – hopefully – yellow and moving to green/blue as you recharge the system. Be careful not to let the needle pass into the red (overcharged) zone or you might damage the AC system. These kits really are idiot-proof, so don’t be intimidated. If your AC system is otherwise ok and merely has a small leak issue, you may be able to restore normal operation for $20 or so  (the cost of a recharge kit) vs. $100 or more to have a shop do more or less the same thing. 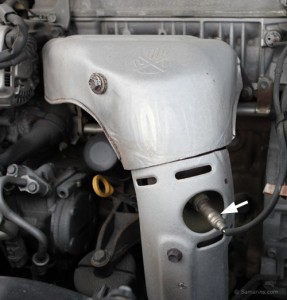 You may have noticed a plug-in looking thing with an electrical pigtail connection on your exhaust manifold(s). This is the oxygen (or O2) sensor. It sniffs the exhaust stream, relaying information back to the computer in order to maintain the ideal air-fuel ratio, which is important for gas mileage and critical for emissions control. Often, when the “check engine” light comes on, it is due to a problem with the O2 sensor. The way to know for sure is to have someone with an OBD scan tool “pull” the trouble code(s) from the car’s computer. Some parts store chains – for example, Advance Auto – will do this for you for free. If the OBD reader indicates a problem with the 02 sensor(s), you can DIY replace  this part yourself. Most just screw in. If the O2 sensor is readily accessible, you might try doing it yourself. Unplug the pigtail and – using a wrench or socket of the right size (there are special sockets designed just for 02 sensor removal) carefully remove – and replace.  Don’t forget: The trouble code will have to be cleared to get the “check engine” light to go off.  The OBD scan tool can do this. 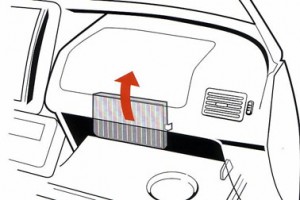 What started out as a high-end feature found only in high-end cars is now a commonplace feature in most new cars, even economy cars. These little jewels filter out particulates, pollen and so on – which can be a great help for people with allergies. But like the engine air filter, the filters don’t last forever. As a general rule, they need to be replaced about every three years or so. This is – usually – a very simple, DIY-friendly job. Your vehicle’s owner’s manual should have detailed instructions, but typically, what’s involved is finding and removing a small access panel that’s most often located somewhere in/around the windshield/cowl area, the front passenger side footwell area or “kick panel.” Pop the old filter out, pop the new one in. You can buy a new filter at your dealer – or an auto parts store.