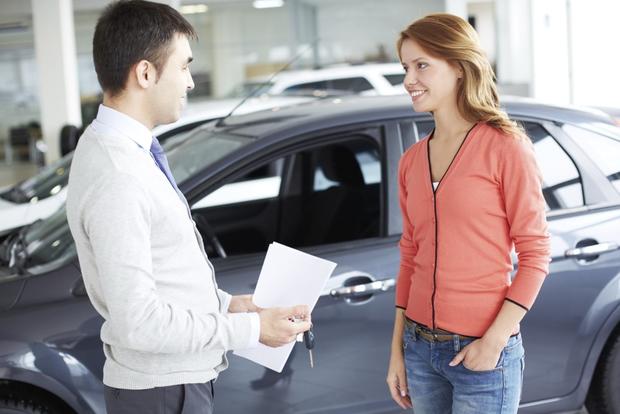 Cheap gas is making hybrids seem like less of a deal. Which in turn is making them harder to sell. 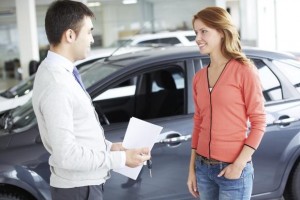 Which is tough nuts for those trying to sell them – but could be really good news for you, if you’re thinking seriously about trying to buy one.

Consider the Toyota Prius – the best-known (and best-selling) hybrid. Its base price is $24,200 and it can travel about 588 miles (combined city/highway) on 12 gallons of gas (full tank).

As compared with the Toyota Camry sedan (non-hybrid version). With the four-cylinder engine, the base price is $22,970 and it can travel about 510 miles on 17 gallons of gas (also full tank).

Which made the Prius a more appealing buy.

On the other hand, if you bought the Prius, you’d be out of pocket $1,230 more “up front” for the car itself than you would have been if you’d bought the Camry instead. And at the current $2 per gallon for regular unleaded, that $,1230 will buy 615 gallons of gasoline. Which works out to a bit more than 36 full tanks of fuel, or the equivalent of just over 18,000 miles of driving before the Camry would cost you more to operate than the Prius. For most people, 18,000 miles equals about two years’ of driving. That’s a long time to wait to break even. 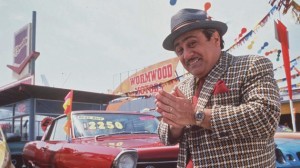 Which probably explains why sales of new hybrids are trending downward along with the cost of gas.

The upside here is that this may be the best time ever to shop for a  new hybrid – precisely because the low cost of gas is making hybrids a harder sell. When gas was $4 a gallon, buyer desperation for high-efficiency cars meant they’d be paying top dollar to get their hands on one. Toyota (and everyone else) could – and did – sell them at full sticker price, plus markup. Forget haggling. Next in line, please!

But with gas cheap again – even if it’s only temporary – you’re in a much stronger position to knock down the price of a hybrid. Dealers are getting edgy as the inventory accumulates and with each new drop in the price of gas, they’re getting hotter under the collar. Use this leverage before you lose it.

Some things to bear in mind, though, before you go shopping:

Actually, they do best when not moving at all. Because – typically – the gas engine will turn off and (assuming the battery pack is charged up) the car can be creeped along on electricity only (or at least, mostly) to the next red light. But if you do a lot of driving at sustained speeds over 45 MPH, be aware that your mileage may be disappointing. The Prius’ rated 48 MPG on the highway is no longer all that exceptional. A diesel-powered car will match it and many current gas-engined economy cars can come very close – for much less money.

This is due to two things: Hybrids typically have a gas engine that’s smaller than it would otherwise be, if the car were not a hybrid. The little engine has to work harder to get the car moving, even with the assistance of electric motors and battery power. Also, most hybrids have a continuously variable (CVT) automatic transmission, a type of transmission that does not up or downshift but lets the engine rev – and holds it there as the car accelerates. This is efficient – but noisy. On flat terrain and in light, undemanding traffic, hybrids perform well – and quietly. But if you have to deal with steep grades and busy traffic that requires right now power/performance, be aware that your hybrid may seem (and sound) like it’s struggling. Because it is.

* There could be issues down the road with reduced battery performance.

All batteries get weaker over time, as a result of chemical changes within the batteries’ matrix and the repeated charge/discharge/recharge cycling. In a hybrid, declining battery performance will manifest as downward-creeping fuel economy as the gas engine is forced to do more and more of the work of propelling the car. The fix is a new battery pack (or individual cells within the pack, as necessary). But that isn’t inexpensive – and could bite (hard) into your total cost of ownership.

* Lower (or no) maintenance.

The gas engine in a hybrid car is frequently not running, even though the car is moving. This extends oil change (and air filter) intervals considerably. Also, most hybrids have electrically-driven accessories such as power steering and even (in some cases) the air conditioner. This means belts last longer – or may not be there at all. Most hybrids also come fitted with sane-sized fifteen or sixteen inch tires of the low rolling resistance (and long-lived) variety that can last 50,000 miles before baldness sets in – and which are fairly cheap to replace vs. the currently trendy and commonplace 17, 18 (and much larger than that) “performance” tires that have become typical rolling stock on even family-type cars such as the Camry discussed above.

* Short-haul (and low-speed) drivers could spend next to nothing on gas.

If you have a short commute – and can do it at 25 MPH or less – it is very possible to get there in a hybrid like the Prius without burning any gas at all. Or, very little of it. If you can manage that, a hybrid will save you a lot of money – even if the price of gas falls by another 50 cents.