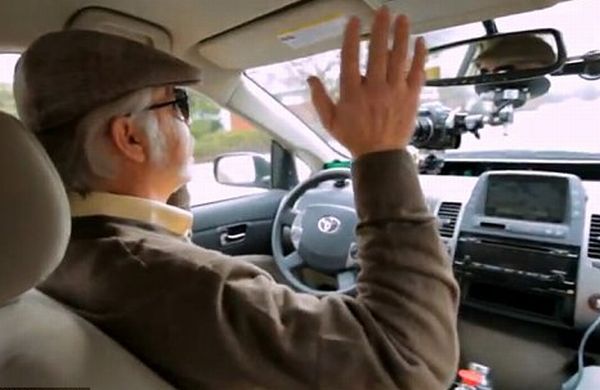 You’ve heard about the “self-driving” car? Here’s a preview:

This is me driving a 2015 Acura TLX. Actually, it’s the Acura TLX driving me. The car (and other Acuras, including the new MDX) has a “steering assist” feature that uses cameras to keep the thing in its lane – more accurately, in between the yellow line to your left and the white line to your right – without you doing anything. Cameras “see” the painted lines – and electric motors steer the car.

But is it a good idea? 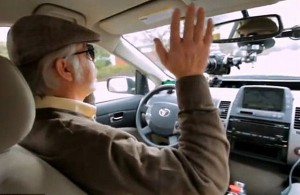 I think it’s an awful idea. For two reasons.

One, though touted as a way to make driving “safer” (god, that word) such self-driving technology necessarily encourages passive/inattentive driving. Why pay attention when the car is – hopefully – doing it for you? It’s interesting that people demand ever-more-onerous punishments for people who text while driving on the basis that they aren’t paying attention to their driving. Yet here we have a technology that will give people free rein to do exactly that.

And what happens when the car makes a mistake? Which it will. Only god (so they say) is infallible. Machines – computers – have yet to make the cut. Would you trust Microsoft with your life? On cruise control at 75 MPH? Well, bubba, that’s exactly what’s in the pipeline. And the part that’s hardest to choke down is that we’ll all be carried along by this evil electronic rip tide. Just like sail fawns – which went from being a curious toy that rich people used to flout the fact that they were rich (or at least, looked like they might be) to the ubiquitous annoyances of modern life that most people have no choice but to deal with (and pay for!) because, well, most people bought in. Most people seem to be dazzled by gadgets in the same way that seagulls are by a piece of tinfoil.

Only the few, the proud – the cheap (like me) have dodged the idiocy of sail fawns that do almost everything except make calls. At least, they don’t make them nearly as well as my $12 wall phone. 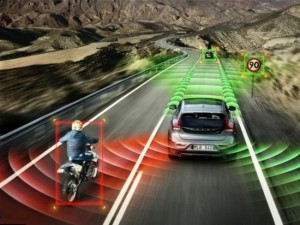 First (as now) autonomous driving technology will be a high-end-car-only gadget. Then, gradually, it will filter down to bread-and-butter cars (as GPS has, as heated seats have). It will become a de facto part of the standard equipment package – just like ABS has become. A few years will pass.

Then, it will be made mandatory.

You will not be allowed to drive a non-autonomous car on the “public” (honest English, government) roads. Because safety.

And when the computer has a brain fart? Or the wiring frays or the sensors short? Maybe the automatic steering motor gets a little lazy and before you know it, the car’s barrel-rolled into the ditch.

What about “safety” then? 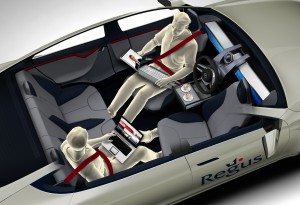 By then, of course, the typical driver will not only not be paying any attention at all, his congealed cerebellum  – rendered thus by the 24-7 overstimulation of constant texting, Googling, Siri-ing, game playing and watching and gabbling (but rarely, if ever, actually doing) won’t even register the snafu, the impending danger. Instead, he’ll wonder what to do … as the car barrel rolls into the ditch.

If it’s any consolation, he’ll probably feel safe during those last few moments.

But not me. I feel a lot less “safe” already as the idiot-proofing of America reaches its climax and we approach the day when the entire country will be populated by and run for the benefit of complete imbeciles who, having been carefully cultivated to be exactly that will never rise above that.

They will never know the satisfaction of the perfect apex, of the shift banged off just right. Of being the captain of their own ship –  so to speak – rather than a meatsack carbon dioxide exhaler being driven to and from the cube farm and back.

Time to take the cover off the old Trans-Am and remember better days, happier times.

Before the motor law….

The High Cost of Electronic Cars