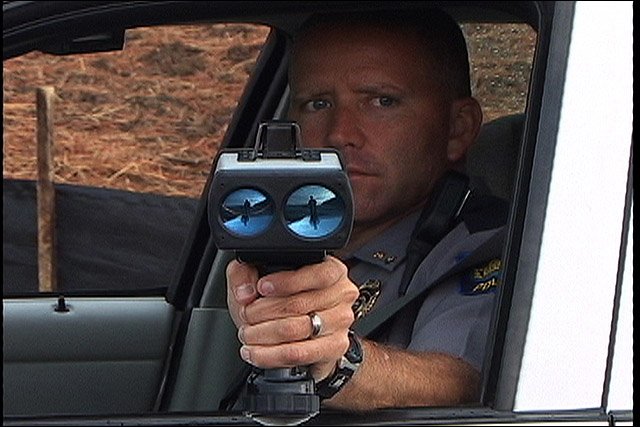 Anyone who drives in an un-Clover way is crazy to do so without a good radar detector riding shotgun. And not just to avoid a ticket for “speeding,” either. To avoid cops – period. They are dangerous, the greatest actual threat to the average person’s safety. The less contact you have with them, the better. 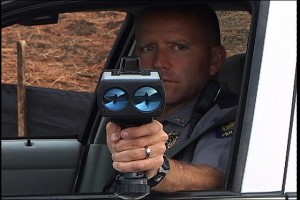 My personal unit, as regulars here know, is the Valentine 1. Because it’s the most sensitive unit out there – superior at sussing out porkers in the mist (so to speak).

But, there’s a rub. That same sensitivity means – lately – more false positives as the unit picks up radar (and laser) emanating from other cars.

Or from your car.

Many new cars have some form of “collision avoidance” or “active” cruise control that uses radar (or laser) to sense the presence of other vehicles (or objects) in the vehicle’s path. In the case of the “active” cruise control, the radar detects traffic ahead and tells the system to reduce the vehicle’s speed automatically, which it does. “Collision avoidance” (also sometimes marketed as “automatic braking”) works essentially the same way. Radar or laser detects something in the car’s path and the system applies the brakes to slow or even stop the car if the driver does not respond to visual/audible warnings.

Anyhow, the radar used is – typically – K band, which happens to be one of the bands (the other being Ka) also used by police to nail you for speeding. And the radar detector can’t separate out the “noise” (not-cop radar) from the real-deal because both are the same. The result is more false alarms.

Those caused by other cars’ radar/laser will be triggered as you get within range of those cars. You’ll find your unit going off when such a car approaches from behind or is coming toward you in the opposite lane. Just like a cop radar warning, the signal will increase – and decrease – with proximity. 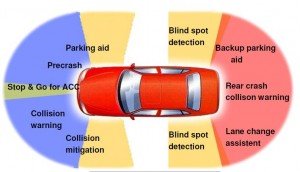 If your car is radiating its own radar signal, the radar detector will probably be warning you constantly of a threat that’s not really there. I test-drive new cars each week and have experienced this with increasing frequency as more and more new cars are factory equipped with some form of in-car radar.

One can turn down the detector’s audible alarm, but the visual alarms will still be there – and the lack of sound (plus the perpetual warning light dance) can make you less attentive to real cop radar – which makes it more likely you’ll be issued a piece of payin’ paper.

Or worse (see first point made about avoiding “hero” cops at all costs; we live in the land of Forget Probable Cause and “officer safety” justifies anything).

All radar detectors are affected, but the V1 remains the most effective at helping you sort out the real threats (cops). For openers, Ka band is always a cop. And the V1’s sensitivity is superior. The V1 also has the ability to track multiple radar targets simultaneously – as well as tell what direction it is emanating from. You learn to ignore the not-cop signals, which manifest differently. 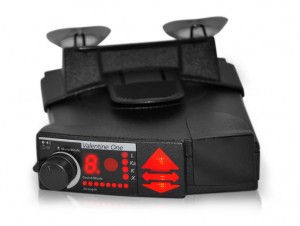 A signal generated by your own vehicle, for instance, will typically be a steady or regularly intermittent blip (and beep) that you’ll learn to ignore. If cop radar is also nearby, you’ll get the additional audible and visual warnings (the V1 can track up to 8 different radar sources at once) and the cadences of cop radar are different enough (varying signal strength – a function of proximity to the radar – causes the unit’s warning tone to increase in frequency) that it’s still possible to sift the pork from the not-pork.

Mike Valentine tells me they are working on fine-tuning the V1 to be more effective at ignoring the radar signal generated by many new cars’ “safety” systems – and one of the really cool things about this is that when they do figure it out, you’ll be able to send your unit to them to be updated. You won’t have to buy a new unit. No other radar detector manufacturer offers this service.

Nor the V1’s sensitivity and it’s unique directional (and signal strength) audible/visual warning display (including an optional remote display, so the porkers squinty eyes can’t see that you are watching them).

Which is why I continue to use it – and recommend it.

Do Away With Dealers?