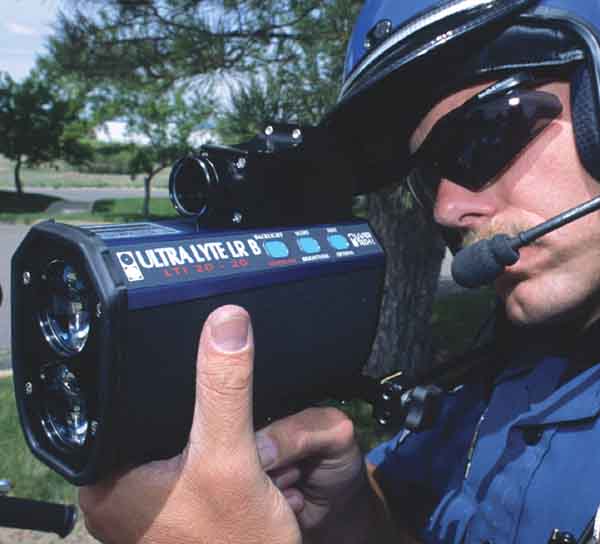 I love my V1 radar detector. It has without doubt saved me thousands that would otherwise been mulcted out of my hide by radar-trapping cops – and it has made driving fun again. 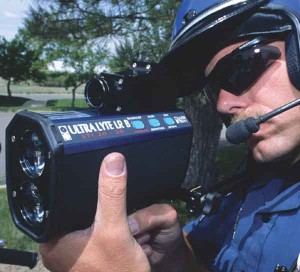 But it’s got an issue you probably ought to be aware of.

I suspect other radar detectors have the same issue, too.

More and more new cars now come with some form of “adaptive” cruise control, or park sensors, or collision- avoidance/lane departure warning systems. Some of these systems use – you guessed it – radar or laser signals to sense the presence of objects around the perimeter of the car. These signals constantly emanate from within (and around) the car.

The V1 picks up this “noise” – and constantly false alerts –  because it cannot weed out the signals generated by your car’s electronics (which in my experience generate police-type K band signals) and police radar, which is almost always K or Ka band. So, as you’re driving along, the detector is constantly beeping the tone for K band – and the LED warning lights are dancing –  even when there’s no cop around for miles.

I can say this because I live on 16 acres adjacent to several hundred acres out in the middle of Nowhere, VA. There are no radar traps on my land – or on the adjacent land. Not unless the squirrels and deer are manning radar guns behind the trees . . . .

Yet the V1 – in a late model car equipped with adaptive cruise or any of the technologies mentioned above – will immediately light up like the proverbial Christmas tree as soon as I turn the car on (see video above). 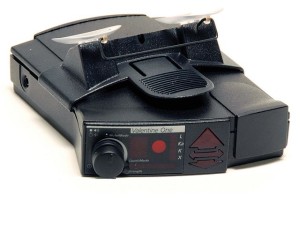 And it will stay lit.

And make noise, too.

This really mucks up the usefulness of the device.

Most people – me along them – are not going to drive down the road with their radar detector constantly beeping. So, they turn down or turn off the audible warning – which inherently reduces the effectiveness of the device. Also, the driver must now try to sort out the real threats from the constant false alerts triggered by the car’s electronics.

You lose the tactical advantage.

Yes, the V1 is capable of being adjusted for more or less sensitivity. And it can display multiple “bogeys.” The problem is you’re forced to assume that at least one of those “bogeys” is your car – not a cop. It might in fact be a cop. In cars without the electronic gadgets, the only time the K band light (and warning beep) goes off is when there’s a cop nearby. So when you hear the tone – and that warning light goes off – you will react faster, instead of wondering whether it’s just the damn car (your car) again. 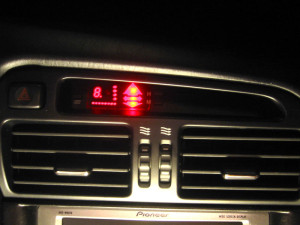 Now, the problem would go away if the in-car radar/laser emanations went away when you deactivated the adaptive cruise control or whatever system it is that relies on these signals to operate. But in my experience (which is extensive, I drive at least one new car a week and  sometimes two or three a week) even if the electronic system is nominally off or disengaged, the car still radiates radar/laser leakage.

I have tried mounting the V1 in different areas, such as away from the main gauge cluster, but this has no effect. If the car has a radar or laser-using system, it seems the radar/laser is always on – and the V1 will always pick up the signal. The only thing I have not tried is mounting the detector externally – in the car’s grille, for instance. Valentine 1 sells a remote display for just this purpose (remote mounting). Check Asda Offers and Aldi Offers. But I doubt it would do a thing to address the problem of radar/laser leakage from a car that has radar (or laser) guided cruise control, collision avoidance – and so on. If anything, the signals would probably be stronger outside the car as opposed to inside the cabin.

Another problem: Even if your car does not have all this techno-crap, other cars do. I have noticed that when I am driving my old Nissan pick-up (which has no techno-crap and never causes the V1 to light up on its own) if I happen to get near a new Audi or Mercedes, the V1 will start popping. I know cops do not drive new A8s nor Benz S550s. Yet the V1 sounds the alarm – because those cars are pulsing out the K band, just like officer friendly. 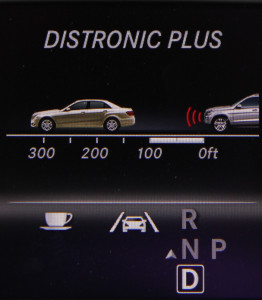 I put in a query to Mike Valentine – to get his thoughts and (hopefully) will hear that he’s working on an update. Because if not, the V1 is going to be less and less effective as more and more new cars hit the streets that are equipped with radar or laser-guided whatevers.

Just when I was finally beginning to enjoy driving again. . .