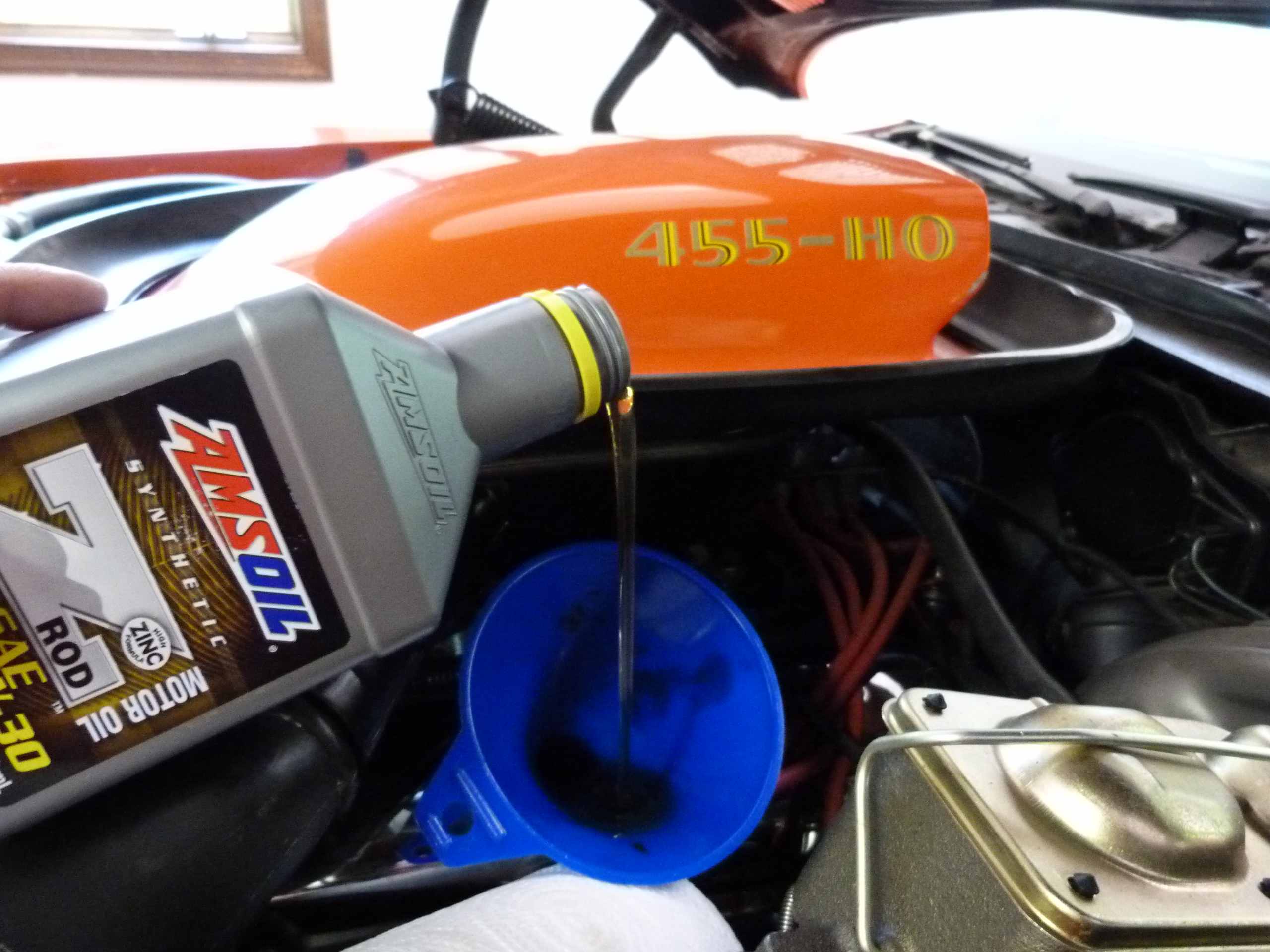 Everything changes – even oil changes. Not necessarily the procedure. But the oil you use.

Or rather, ought to be using.

If you happen to own an older vehicle.

Specifically, a vehicle with an engine that has a flat tappet camshaft. Which is – pretty much – every American car with a V8 engine made prior to the early 1980s (at which point, roller cams began to come online, first in cars like the Mustang GT and 5.0 LX of that era).

But what is a “flat tappet” camshaft? 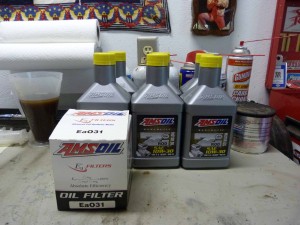 It’s actually not the camshaft, per se, that’s the important (in terms of this discussion). It is the tappets – the lifters that get tapped (well, pushed up and down) by the cam’s lobes as they rotate. The contact surface of these lifters is flat. One of the reasons – the chief reason – why flat tappets were thrown in the woods (retired) in favor of roller lifters is that roller lifters allow more aggressive cam lobe profiles due to the more favorable geometry. Instead of pushing up against the flat bottom of a flat-tappet lifter – which places increasing pressure/stress on the flat surface of the lifter’s bottom as the eccentrically shaped cam lobe rotates to its “pointy” end (peak lift) – the cam lobe in a roller lifter scenario contacts a nearly friction-free roller on the bottom of the lifter that allows much more aggressive cam profiles with much less pressure/stress (and friction) on the valvetrain.

Anyhow, the issue is that older engines with the flat-tappet layout require certain anti-friction additives in oil – zinc dialyldithiophophate, or ZDDP – to avoid rapid wear and premature failure of the valvetrain. The problem is that the ZDDP has been all-but-removed from most (if not all) commonly available/over-the-counter motor oils, in part because modern engines with roller-type camshafts don’t need ZDDP but chiefly for emissions-related reasons. 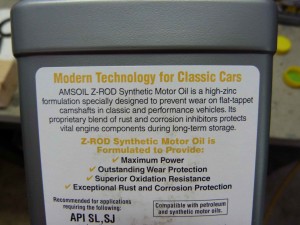 All engines – even (especially) brand new ones (during break-in) consume a little oil as they run; the byproducts of that consumed (burned) oil – including the additives, now in gaseous form – become part of the exhaust stream.

Before catalytic converters, which came online in 1975, this was ok. Well, it wasn’t a problem (other than the occasional puff of blue smoke). The gasses – and whatever they contained – went out the tailpipe and were no longer your problem. Since catalytic converters became mandatory standard equipment – and especially since federal emissions laws became downright Stalinist in the early 2000s – the ZDDP additives in the oil became a problem because they tended to accelerate the functional degradation of the catalytic converter. Which the feds now require the car companies to warranty for 10 years/100,000 miles. If the converter stops doing its converting before that time/mileage interval, the car company is on the hook for all or some of the replacement costs.

Lots of bucks on the table.

So the car companies pushed for – and got – major reductions in the ZDDP mixed in with commonly available engine oil. Which most people don’t have to sweat because most people do not own cars that are 30-plus years old. 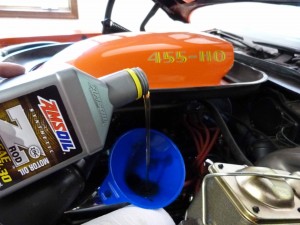 But if you are among the few who do own a car that’s 30-plus years old … well, you have a problem.

Or will – if you use off-the-shelf oil that lacks the necessary additives.

And it’s not just a wear and tear issue, either. Cars 30-plus years old tend to sit a lot because they’re usually not used for everyday driving. My ’76 Trans-Am is probably pretty typical in that I take it out once or twice a month and drive it for about half an hour or so each time. This keeps the miles low – and when not running, of course, there’s little wear and tear going on, ZDDP or no ZDDP.

But when it’s just sitting, condensation (moisture) forms inside the engine. Oil and water – not good. Also, older cars typically have carburetors and they tend to leak gas into the engine. Gas is a solvent. Washes the oil off metal surfaces that rub together. 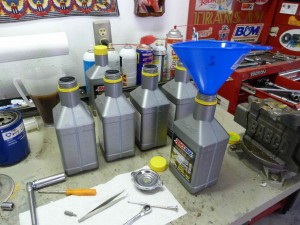 I use Amsoil Z-Rod oil in my old muscle car because it has the anti-friction additives (ZDDP) its engine needs (particularly because my engine has been modified with a more aggressive camshaft, which means more aggressive cam lobe profiles and more pressure/stress exerted on the lifter’s flat base) and also because the stuff is specifically formulated for engines that do a lot of sitting. It has corrosion inhibitors not found in over-the-counter “mainstream” oils – which, remember, are formulated for modern cars with roller-type camshafts and fuel-injected engines.

Now, there are other high-quality synthetics out there (Royal Purple, Mobil1) and you can buy a bottle of ZDDP additive to mix with them. But I like Amsoil because it does not require the purchase of additive – and because it is formulated for the usage (and non-usage) patterns typical of “retired” vintage vehicles. I also get away with changing the oil just once a year – due to the extended drain intervals Amsoil recommends – which ends up saving me money over the long haul. 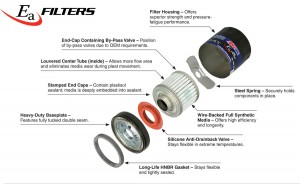 Also because Amsoil sells high-performance filters to go with the oil. Beware cheap (and made in China) oil filters.

They even have filters for long out-of-production engines like the 455 in the Great Pumpkin!

Final tip: I always refill the individual quart containers with the old oil just drained. This lets me keep precise track of oil consumption since the last oil change. If your car usually uses say a quart of oil in between yearly oil changes and this oil change you discover you’ve only got enough old oil in the catch pan to fill up four (out six) of the quart bottles instead of the usual five or so… it’s pretty solid evidence your engine’s either developed a leak or it is using more oil, the latter indicative of a mechanical issue you’ll want to look into. Either way, you’ll have an early warning – to check the dipstick more frequently.

Which could save your classic car’s engine from an early (and unnecessary) demise.

If you value independent media, please support independent media. We depend on you to keep the wheels turning! And the Clovers carpet-chewing! You can do that by supporting our advertisers – including Amsoil (click here).