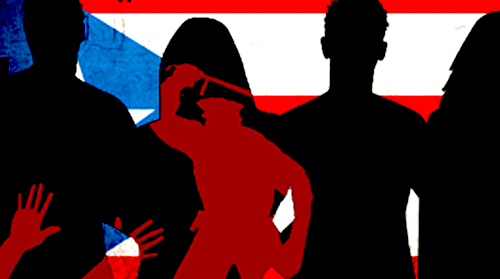 You’ve no doubt heard the term, “checks and balances.” It’s usually mentioned in the context of government – of the American form of government (well, its theoretical form) in particular. The idea that the legislative branch acts as a check on the powers of the executive, while the judicial balances the legislative – and so on. 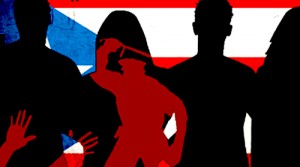 It’s a sound concept that maybe ought to be applied to police work.

Something’s got to be done.

On this point, almost everyone’s agreed. Because it’s obvious that cops are increasingly out of control. 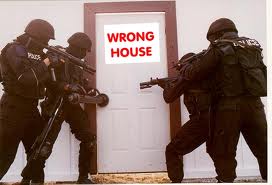 Those wearing state-issued uniforms enjoy something called qualified immunity – an obnoxious doctrine that sets them apart as a special class under the law. A protected class.

Which inevitably becomes an entitled class. Armed to the teeth – and turned loose on us.

Is it surprising that excesses occur?

Cops have every incentive to behave badly. Are rewarded for being irresponsible.

Expecting this not to happen is kind of like not expecting stray cats to show up in ever greater numbers if you keep on putting bowls of cat food out on the porch every night. 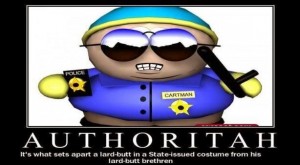 We’re often told (by Clovers) that government is a necessary evil because if left to their own devices, most people would otherwise run amok. Beat others up, kill them – take their stuff. It is only the prospect of consequences for reckless and criminal actions that keeps most people in check.

If true, why does the same principle apply less to cops?

Who, after all, are given life and death authority over other people. The bar ought to be higher – not lower. A prizefighter who uses his fists and skills to beat up a guy on the street faces much more serious legal consequences than a cop who does the same thing. Even though it amounts to the same thing. 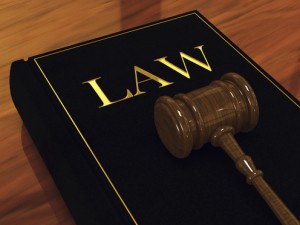 Unlike Mike Tyson, who is just one Mike Tyson, a berserking cop has the weight of an entire system backing him up. And while no one in his right mind wants to go toe-to-toe with Mike Tyson, at least you can try to kick him in the nuts or poke him in the eye or something like that – and then get the hell out of there. But if you’re facing off against a berserking cop, any self-defense – even an attempt to ward off his kicks and punches to the head – constitutes “resisting” and opens you up to summary execution at worst, multiple felony charges at best.

This is an odd idea. If you are the victim of an assault – an unwarranted attack – why should you be denied your right to defend yourself simply because your attacker happens to be wearing a special outfit?

Mind: This is not to suggest open season on cops. It is to reject the current idea that it’s open season on us. That just as they have every right to fear for their safety – and take steps to ensure it – so have we. 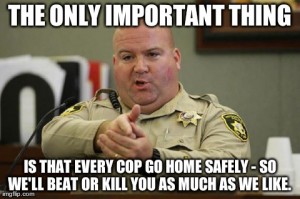 If you or I face 20 years to life for pulling a gun on someone and pulling the trigger in a situation that did not involve a clearcut case of self-defense, in which we had no other viable option (such as backing away) then surely a cop who is guilty of the same offense deserves at least equal treatment.

Can anyone explain why this ought not to be the case?

It would certainly give trigger happy cops pause. How is that not a desirable thing? Shouldn’t cops – “heroes,” as they’re so often styled – be under at least as much pressure as we are to not shoot other people? Willing to give their fellow citizens at least the same benefit of the doubt that ordinary citizens are legally obligated to extend to one another?

If anything, consequences for reckless/criminal conduct ought to be more serious for cops. They are, after all, “trained professionals” – as we’re constantly told. They ought to be more rather than less familiar with the laws they are given authority to enforce. Should they not, accordingly, be treated more severely when they step beyond the law under color of the law? Or at least, shouldn’t that be the expectation? 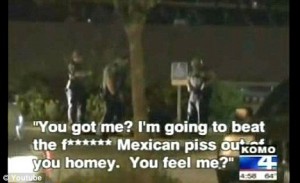 As things are, cops are given legal license to behave aggressively, even homicidally. And so they do.

An ordinary citizen who acquires a concealed handgun permit is held to a much higher standard than an armed cop. Merely to reveal that one is armed (perhaps to encourage a potential assailant to back off and thereby defuse what might otherwise have been a violent encounter) can result in a felony “brandishing” charge. But a cop can draw – and point – his gun at you over a traffic stop. If he feels his “safety” was threatened – a standard so low you might as well say just because – he can shoot you and kill you and probably the worst that will happen is a few weeks of paid vacation until the Judge Dredd-esque summary execution is deemed “justified.” 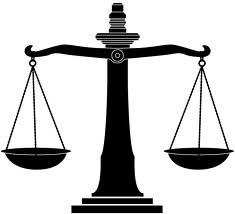 Legally protected – and so, entitled – classes of people is a notion that cannot be reconciled with the doctrine that the law apply equally to everyone. And if it does not apply equally – then it is merely the law of the jungle (the rule of the stronger, or might makes right) which is not morally binding on its victims.

Cops have contempt for the law because it largely does not apply to them. Hence the all-too-familiar sight of a cop driving his car well in excess of the posted speed limit – usually, not “buckled up” for safety – just because he can. Citizens have no legal authority to effect an arrest – even for egregious “speeding” (such as driving 80 or 90 MPH in a posted 60 MPH zone) that would result in any of us being issued a several hundred dollar fine, and quite possibly arrested on the spot and carted off to jail.

Ordinary people are not permitted to blow away someone’s puppy because they “felt threatened” – or even to step onto private property without permission. They have no power to randomly halt and rifle people’s pockets, kick down doors – often the wrong doors – and get away with it.

Cops do this and worse as a matter of routine. 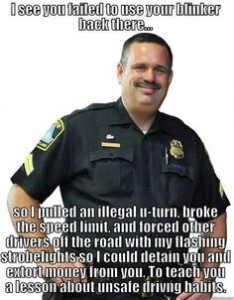 And this is why the people, increasingly, feel contempt for cops. They are enforcers of laws that do not apply to them. Hypocrites – and bullies.

A feedback loop has been created – and if it’s not interrupted by sanity, it will only end one way: With lawless cops attempting to subdue a population that increasingly despises them, using any means necessary.

We are almost there. But it’s not too late to step back from the abyss.

Throw qualified immunity for anyone in the woods. Uniformed or not, if you murder someone, it’s murder. Not six weeks’ paid leave. Cops – like anyone else – should be encouraged to think twice before doing something of questionable legality – knowing that they could be sued into penury if they play fast and loose. Why not? The same pressure is on us – and we’re not armed and given authority over our fellow men.

And until it does again, we shouldn’t expect things to change for the better.