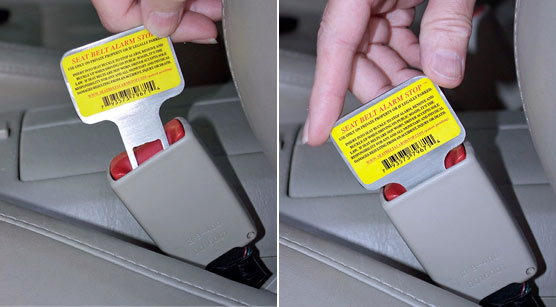 Do you know what to do – well, what to try – if you can’t move your car’s gear selector lever out of Park? 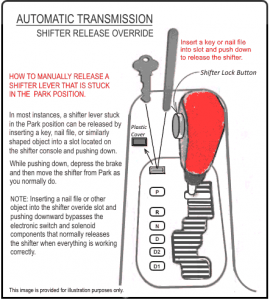 Well, first, don’t panic. And don’t try to force it. Because you might just break it – and then you’ll really be stuck.

Instead, look around the console area near the shift lever for a Pez-sized rectangular access panel. A little plastic tab. When you find it, remove it. You may need to use a pen-knife or similar. Underneath this, you’ll find a little button or lever – often yellow or orange. This is the manual release for the gearshift interlock mechanism. Which is, of course, stuck. Which is why you can’t get the gear shifter out of Park. Push the button or pull the little lever- and now you should be able to get going again.

* Check for stuff wedged in the tread –

Ever have a car that drives you nuts with a constant clicking sound as you drive? It might be something serious – but it might also be a piece of debris (like a small piece of gravel) wedged in between the tread of one of your tires. Eliminate this simple possibility first before assuming it’s something more serious (and expensive). 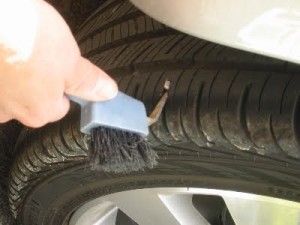 Find a parking lot and bring a friend. With you behind the wheel, creep the car forward slowly while your friends observes each wheel as it turns. If he finds one with a piece of gravel – or nail in the tread – you have found your problem. The gravel can be popped out using a pen or stick or whatever’s handy that fits. If it’s a nail, the tire will have to be fixed (patched).

Caveat: Be advised that some tires (usually, high-performance, high-speed tires) require a specific type of fix (a patch rather than a plug) to maintain their speed rating or may not be fixable at all if punctured. Well, you can fix ’em – but the manufacturer may no longer stand behind ’em – and it’ll be on you if there is a failure at high speed.

Read the paperwork that came with the tire to find out what the deal is before authorizing any repairs..

* Buckle up your sandwich –

The sensors built into the seats of modern cars are very sensitive. The idea is to adjust the force of the air bag’s deployment in the event of a crash to suit the size (and weight) of the person occupying the seat. The bags deploy with less force if it’s a small kid, for example,

But what if it’s your foot-long from the deli?

This happens – and it’s uber annoying. 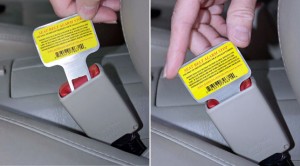 A sub, a laptop – almost anything that has some weight can trigger the sensors – which trigger the “buckle up” buzzers. The fix is easy. Reach over, grab the stupid seat belt and plug the male end into the female end. Now your sandwich is “safe.”

Even better, get an old male end (from a junkyard) and use it to defeat the buckle up buzzer. It works just as well for the driver’s side, too.

* If your car starts acting hinky, try disconnecting the battery –

Modern cars are in a very real sense computers on wheels. And just like your desktop, sometimes, the fix is a reboot.

I had a brand-new Mini Cooper to test drive about six months ago. One day, the dashboard lit up like a Christmas tree. ABS, TCS and several other warning lights all came on at once. The car seemed to work ok, but – clearly – something wasn’t right. Probably not mechanical, either. The ABS, TCS (traction/stability control) are electronic – or electronically controlled – systems. Computers. Code. 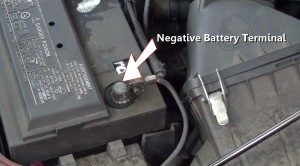 And sometimes, you can “fix” it by unplugging the car – just like you would your PC at home. Do this by disconnecting the negative cable at the battery. It should be black and clearly marked with a “-” symbol. Let the car sit for at least 15 minutes but better yet, overnight.

So it (the computer) will forget.

In the morning, reconnect the cable and start the car up. Fingers crossed, the system will reboot and whatever the hiccup was, it’ll have cleared itself from the code. If the lights that were on before don’t come back on now, you’re good. If they do, you haven’t hurt anything – and you tried something that hasn’t cost you anything.

Caveat: If the “check engine” light comes on (and no other warning lights come on) the above will probably not work. A trouble code has been stored in the computer’s memory and the light probably will stay lit until the code is cleared (using a scan tool) from memory and the problem that triggered the code is fixed.

Caveat II: Disconnecting the battery will also erase stored settings, such as radio stations and so on. You’ll have to punch all that back in. 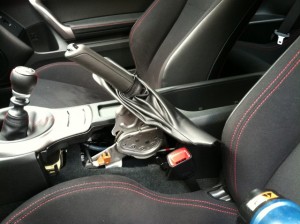 Daytime Running Lamps are not mandatory but probably two-thirds of all cars built since the late 1990s have them. If it seems dumb to you to burn the headlights in the middle of the day – but your car doesn’t have a DRL “off” switch – here’s  a way to improvise one:

If the car has a manual pull-up parking brake lever, you may be able to kill the DRLs by pulling the lever up just slightly. Not enough to actually engage the brakes (or cause them to drag, which you don’t want to do) but just enough to fool the sensor that shuts off the DRLs when the parking brake is engaged. There is usually a certain amount of slack built into the system, so that you can do this (defeat the DRLs) without actually engaging the parking brake. In other words, it won’t hurt anything to do this.

Unfortunately, this “fix” does not work on many of new cars, because the car companies got wise to the trick. They removed the slack from the system such that you will engage the parking brake if you pull the lever up even slightly. This will cause the rear brakes to drag – and wear.  Also, an obnoxious buzzer will typically harass you if you attempt to drive with the parking brake  lever even slightly engaged. The good news is that most new cars do have a DRL “off” switch – though you may have to root around for it in a menu somewhere and adjust that setting – and it may be necessary to adjust that setting every time you drive the car (the automatic default being DRLs always on). 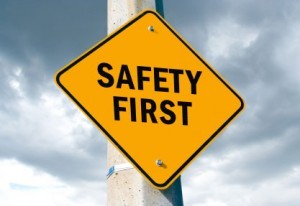 You could also dig a little deeper – and permanently defeat the DRLs by finding (and disconnecting) the sensor that turns the DRLs off when the parking brake lever is pulled up. Remove the trim cover around the lever and look around, the sensor ought to be obvious (it’ll be an electrical switch of some kind, with a button that gets pushed in when the lever is pulled up. Push it in permanently.

Of course, if you want to drive around without the buzzer on, you’ll also need to find – and kill – it, too.

Do it. You’ll be glad you did.