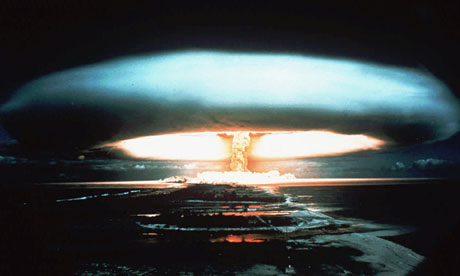 Well, there’s good and bad news wafting upward from the immolation of Volkswagen over its now-public end-running of the EPA’s preposterously over-strict emissions rigmarole (more about that here and – audio clip – here). 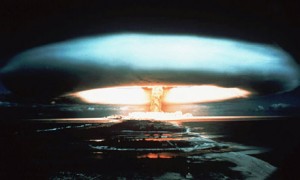 * The affected vehicles actually run better than they would have, had VW not “recalibrated” the software that runs the computer that controls the operation of the engines in these vehicles.

They get higher mileage – and give better performance.

The last time something like this happened – that I know about – was back in 1973, when GM’s Pontiac division (RIP) tried to slip the high-performance SD-455 V8 (destined for the Trans-Am) under the EPA’s radar by including this de-tuned race engine within the already-approved “family” of ordinary 455 V8s, even though the SD shared almost no parts (in particular, its high-performance camshaft) with ordinary, run-of-the-mill 455s. EPA found out – and Pontiac got “busted.” But back then, people cheered Pontiac.

And boo’d the EPA.

* You will probably be able to score a sweet deal on a new diesel-powered VW. As the mushroom cloud expands, the fallout will rain on VW dealerships all across the country. Cars that commanded full MSRP – plus some – just a week ago will be discounted heavily in the very near future, if this disaster is not contained. 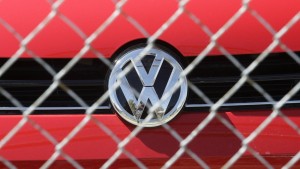 Keep in mind, the vehicles are in no way “bad” vehicles (unlike, say, the epically awful GM diesels of the early 1980s) but the negative publicity will create that impression and the cars stand a very good chance of becoming pariahs. Which will benefit people smart enough to see past the know-nothing hysterics and pick one up at a fire sale price.

* The “scandal” may expose the lunacy of current federal regulations – which have gone from reasonable to ridiculous.

The media is not explaining to people that the emissions in question amount to fractions of a percent of the total exhaust volume; nor that these cars meet very strict (just not insane) European standards. Perhaps people will begin to comprehend that a fractional difference in emissions output is not that big a deal – especially when the “affected” vehicle actually uses less fuel – which (think about it) means it produces a lesser volume of total exhaust gasses.

Perhaps people will ask why it is that American buyers are denied access to 60 MPG diesel cars that are commonly available in western Europe, where the air seems to be quite breathable and people are not walking around wearing surgical masks or hooked up to oxygen tanks… .

Now, for the bad.

* If you already own a VW, its value – like the value of the VW itself – just took a nosedive. Cars that just a week ago held their value better than most are now losing value like a rusted-out ’01 Aztek with 149,000 miles on the clock. People who financed a VW could find themselves owing more on the car than the car is worth – before they’ve paid the thing off. And people looking to buy a used VW can expect to pay higher interest on their loans, as interest rates are based on retail values. 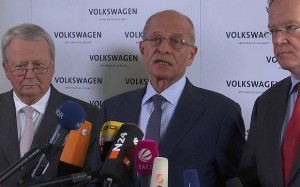 But the really bad news is that VW – the company – now faces the possibility of what could prove to be one of the largest class-action lawsuits ever. Potentially, every person who owns a VW – whether it’s a diesel or not – could claim they’ve been defrauded (see above in re resale/depreciation) and seek compensation. We’re talking millions of people – and possibly, billions of dollars. On top of what the government is going to do VW.

Worst case, VW goes out of business. This could happen. (The Explorer/Firestone tire fiasco of the ’90s almost killed Ford – and that fiasco was of much lesser magnitude than this one.) Millions of people could lose their jobs. Not just directly (those employed in VW plants and dealerships) but also indirectly (suppliers and so on) whose business will go away if VW does.

*  If you own an “affected” vehicle, the government is probably – almost certainly – going to insist that you bring it in for “fixing.” It will be returned to you “fixed,” all right. It will use more fuel – and not perform as well – once recalibrated to pass muster with Uncle.

And if you resist (which is futile), the government will probably resort to nastiness such as denying you renewal of your vehicle registration, rendering the vehicle effectively useless to you.

This nastiness is likely to expand beyond VWs, too.

In a way, it already has. 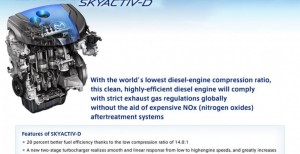 Word inside the business is that Mazda – which had promised a new line of “Sky-D” diesel engines for models like the CX-5 crossover and the Mazda3 sedan – has decided to forget it because of the near-impossibility of complying with Uncle’s edicts while also managing to deliver the mileage and performance customers expect. Mazda will sell the Sky-D engine outside the U.S., where policies are less insane.

But that’s of no particular help to us.