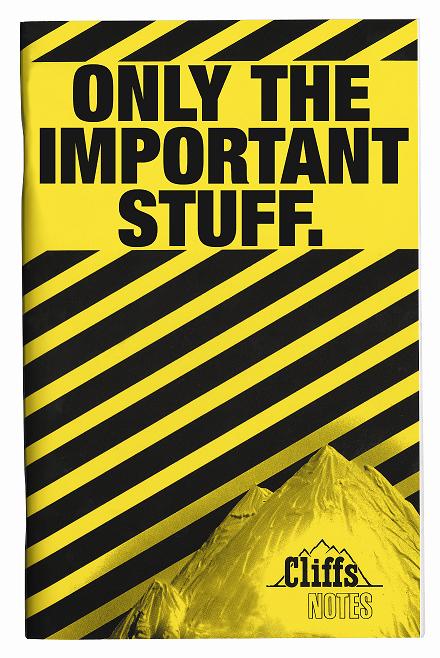 I always read the owner’s manuals that come with the new cars I test-drive and review. They’ve morphed from pamphlets to Moby Dick-esque semi-novels over the past 20 years or so. And like Moby Dick, getting through them can be a challenge. So I thought I’d give you the Cliffs Notes version. Plus some stuff you probably  won’t find within the pages… 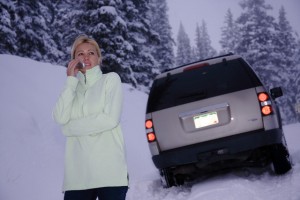 All-wheel-drive and 4WD (both of which send power to all four wheels, with the difference being that – usually – AWD systems haven’t got a transfer case and Low range gearing while 4WD systems usually do) are great for getting you going and keeping you moving when the roads are slick … but stopping is another matter. Neither system offers any advantage over an otherwise similar rear-drive (or front-drive) car when it comes to scrubbing speed.

If you’re going too fast for conditions – or haven’t left enough gap between you and the car ahead – having AWD or 4WD won’t pull your fat out of the fire.

Also with regard to AWD and 4WD: Tires matter. A lot. If you shoe your AWD car with “summer” (performance) tires meant for dry, paved roads, your AWD won’t be much use when it snows. Stopping distances, in particular, may actually increase due to the decreased traction in conditions the tires weren’t designed for.

The best runner won’t win any races without the right footwear.

This applies to us as much as to our cars.

A given car is rated relative to others of its type and class. So, for, example, a compact sedan with a “5 Star” crash rating does a better job of protecting occupants in the event there’s a crash than a “4 Star” car of the same type (i.e., another compact sedan). But a “4 Star” vehicle of a different type – for example, a full-sized car – may be safer than the “5 Star” compact. 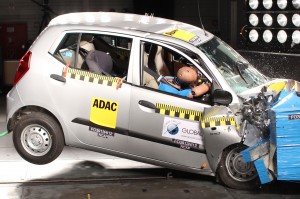 As a general rule, size does matter. Bigger, heavier vehicles are almost always more crashworthy than smaller, lighter ones – regardless of their “stars.”

Ride height is another factor to consider. A car that sits lower to the ground is more vulnerable to bumper over-ride, if it’s struck by a vehicle that sits higher up. This is the main reason why the front and rear ends of cars have been getting blockier and taller. Designers are trying to make it more of a fair fight when a car gets hit by an SUV.

I recently wrote about the Subaru BRZ sports car (see here). The same car – virtually – is sold under the Toyota (Scion) nameplate as the FR-S, but for less.

There are also similar cars sold under different labels. For example, the Chevy Tahoe and the GMC Yukon. The Chevy version looks a bit different and may not have or offer some of the options and equipment available in the Yukon but the two share what Car People call their architecture, or basic underlying frame and chassis. They’re more fraternal than identical twins. But the point here is that it’s not necessary to pay GMC money to get most of things you like about the Yukon.

You can pay Chevy money instead.

Finally, there are more distantly related kin. For example, the VW Passat and the Audi A6. If you look at the two side-by-side, you’ll recognize they sprang from the same gene pool. But the differences (including the physical size of the vehicles, wheelbases, etc.) are more substantial. Sometimes, in ways that may surprise you. The Passat, for instance, is actually roomier than the A6. Notwithstanding that its base price ($48,400) is some $11k higher than the price of a top-of-the-line Passat ($36,835).

How to find out who’s related to whom? Usually, Googling will do it. Just type in the name of the model you’re interested in and “twin”… or, just ask around. None of this stuff is secret. It’s just not publicized.

For the obvious reasons…

* There’s sometimes not much difference, MPG-wise, between V8 SUVs and V6 minivans and crossovers –

What’s a “gas hog”? It’s often not what you think. As an example, a Toyota Sienna minivan’s EPA mileage numbers (18 city, 25 highway) are hardly better than a Chevy Tahoe’s  (16 city, 23 highway) even though the Tahoe is an SUV with a big V8 while the Sienna is a minivan with a relatively small V6. 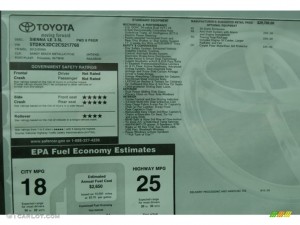 The Tahoe is like a weightlifter who can max 400 pounds on the bench press doing a light set with 220 pounds… he’s hardly breaking a sweat. While the Sienna is a like a guy whose max is 220 doing reps with 175.

So, the thing to keep in mind is that a bigger engine is not necessarily the thirstier engine.

This is particularly true of standard vs. optional engines available in the same vehicle. Sometimes, the standard (smaller/less powerful) engine’s real-world mileage will be about the same, not much better – or even slightly worse – than what you’d get with the optional engine… because the standard engine just isn’t enough engine for the vehicle. The Sienna, for example, used to offer a four-cylinder engine. Its gas mileage advantage in real-world driving vs. the V6 was negligible … but its performance was noticeably worse. 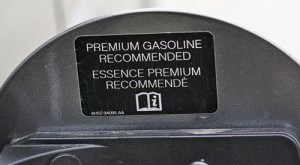 This is confusing because of the implication that you’ll hurt something if you feed a car that “requires” premium a tankful of regular.

You won’t cause mechanical damage – but you will probably hurt your mileage (and performance).

What will happen if you dose your premium-fuel-only car with regular is that the computer will sense the lower octane – which is a measure of burn rate, if you want to want to get technical (lower octane fuel lights more quickly than high-octane gas; the octane rating is not a measure of the quality of the fuel) and will adjust ignition timing to compensate. You may notice a slight decrease in fuel economy and – if you did a timed 0-60 or quarter-mile run – that the car’s acceleration is slightly less than it was when you fed it premium.

The Catch-22 is this: To get the advertised best-case mileage, you’ll need to pay extra for the premium fuel. Which will probably wash away whatever the fuel savings would be vs. an otherwise similar vehicle that’s set up to run on regular.

Premium fuel recommended is the more editorially honest term, because it does not imply you’re going to hurt the engine (and possibly, void your warranty) if you decide to use regular – or have no choice, because that’s all the station you’ve stopped at happens to have available.