Clover (the plant) ruins your lawn by choking out the grass. Out on the road, Clovers choke the flow of traffic. Their inconsiderate – and inept – driving makes getting anywhere more difficult, stressful and time-consuming than it needs to be.

Here’s how to avoid being a Clover behind the wheel:

* Don’t use the speed limit to justify being a jerk.

It may be “the law” – but it’s nor your job to enforce it. If other cars are stacking up behind you, let ’em get by you. Move over to the right lane – or off onto the shoulder for a moment  if you’re on a single-lane road – and wave them by. You will defuse tension rather than build it.

Try to remember that some day you, too, may find yourself behind a “slowpoke” (according to your standards) and wouldn’t it be nice if he made the slight effort to not block your progress?

* Don’t increase your speed – temporarily – to thwart someone trying to pass you. 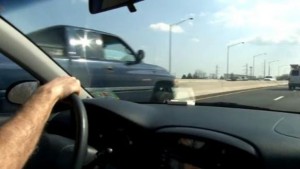 Do the opposite. When a car is clearly trying to get around you, help him out by reducing your speed a little. Brake lightly (he’ll see your lights) or just ease off the gas. Doing so makes it safer for the passing driver because he will be able to execute the pass more quickly, and spend less time in the opposing lane of traffic.

That makes it safer for you, too.

Forcing other cars to slow – to brake – to accommodate you is a signature Clover move. It’s obnoxious and it’s dangerous (Peterbuilts can’t stop on a dime). There’s no excuse for slow-motion merging anymore, unless you’re still driving a ’90s-era Geo Metro. Any car built during the past decade has the gumption to get up to the speed of traffic quickly. It’s just a matter of pressing down on that pedal under your right foot. 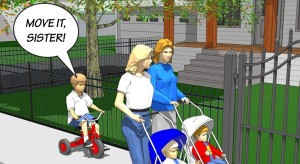 American drivers are conditioned to emulate the Galapagos Tortoise. To creep along, often with another “tortoise” in the next lane beside them … and a bunch of cars trapped behind the both of them.

If you’re in the left lane and there’s a car next to you in the right lane, either accelerate and pass him – or drop  back and get behind him. Changing lanes ought to take no more than a few seconds. Do it smartly. Don’t drift languidly as if on an Ambien IV drip.

* Don’t leave a half car length of space between you and the car ahead when stopped at a red light.

This artificially backs up traffic and also often blocks the turn lanes, especially when several Clovers leave a half car length (or more) of air between their car and the car ahead of them. You’re trying to squeeze past, but can’t because Clover won’t pull his car up the necessary couple of inches. So you miss the light – and get to wait – while Clover goes on his way, oblivious and indifferent.

It takes no effort to pull your car forward a little. And it makes life easier for everyone.

*  Don’t stop (or almost stop) in the middle of the road before exiting the road. 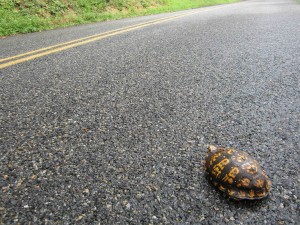 This forces the cars behind you to also come to a near-stop, then accelerate again – which disrupts the flow of traffic as well as wastes fuel (and brake pads). Signal, slow and ease off the main road in a continuous, smooth transition.

Related: Don’t turn on your signal and creep along at 10 MPH below the under-posted speed limit half a mile before your turn.

* Know your limits as a driver – and don’t impose them on other drivers.

Everyone’s skill level (and comfort level) varies. The speed that feels “unsafe” to you may feel (and may well be) completely reasonable to a driver who is more skilled/experienced than you. And that driver may encounter another driver who has an entirely different sense of things. All can coexist peacefully – and safely. Provided none behave aggressively (or passively aggressively) toward the others. 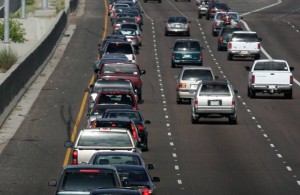 Yield – and expect to yield – as the situation demands.

Worry about your driving – not what the other driver is doing.

Maintain awareness of the constantly evolving situation around you.

Make an effort to accommodate others rather than impede them.

And most important of all: Don’t blindly worship “the law” – and get pissy when someone else ignores it.