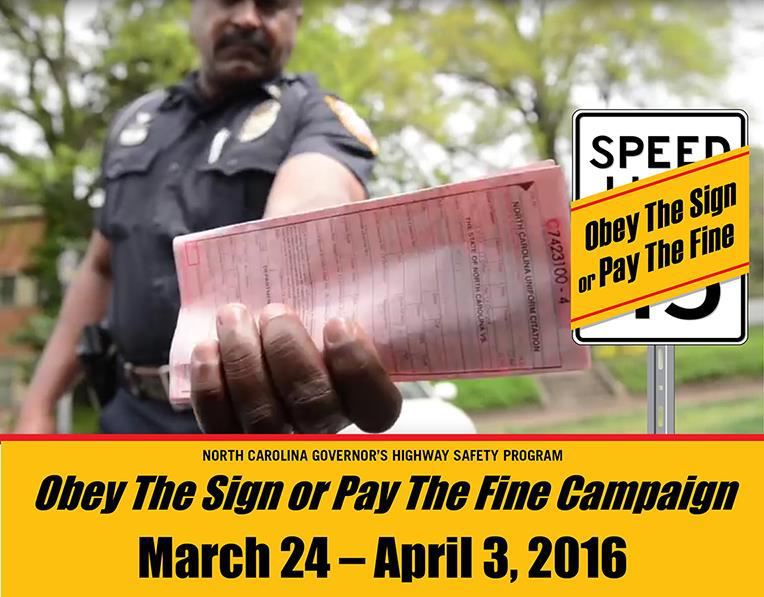 Clovers like ALL CAPS. It is their way of temper-tantruming. Invariably, when their most sacred totem – THE LAW – is scoffed. 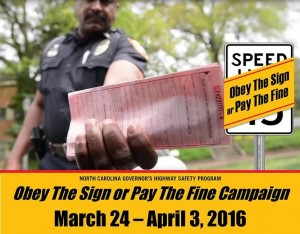 Speed limits WILL be obeyed, to the letter. Or else.

Well, unleash the North Carolina State Police – whose primary mission, it appears, is not the apprehension of thieves, rapists and murderers and other people who’ve actually caused harm to others but rather to enforce the speed limit on North Carolina highways.

North Carolina’s Department of Transportation – the Hauptquartier of the state police – is launching an uber-Clover unternehmen (I use the German for the same reason that “Homeland” sounds much more right when it is rendered in the original, der Heimat… as in, for instance, Heimatsicherheitsdeinst… look it up.. you may be  interested to learn the literal translation, as well as its prior usage) to filch as many dollars from as many “speeders” as possible.

The unternehmen (i.e., the operation) is called Obey the Sign Or Pay the Fine. 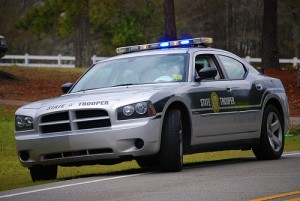 One could not gin up a better slogan for the mindless bullying of the populace by government enforcers (their own term, don’t forget.. peace-keeping having gone out of vogue a long time ago).

“Zero tolerance” for any non-immediate supinage to THE LAW.

The operation began in late March and runs through April 3 and – according to the NC State Police Hauptquartier, drivers will be ticketed – that is, waylaid by an armed stranger and threatened with physical violence unless they hand over money – for “speeding” as little as 1 MPH in excess of the posted maximum.

“Many Americans believe they won’t be ticketed if they drive within a ‘buffer zone’ above the posted speed limit. But now, law enforcement will be targeting and ticketing speeding drivers,” lectures the North Carolina DOT Hauptquartier (see here).

Because we all know how unsafe it is to drive 71 MPH in a zone with a 70 MPH posted maximum.

Safety, you see, is all a matter of numbers. 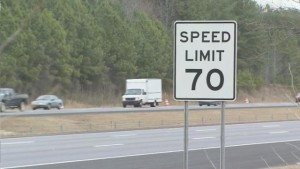 Whatever number they decree – subject to random, arbitrary change at any time.

This helps with other numbers.

The number of tickets issued, for instance. And thereby, the amount of revenue collected.

Which, of course, is ultimately what this is all about.

What it has always been about.

Speed limits get set such that almost every driver is “speeding” whenever they are driving – and so subject to being ticketed at almost any time.

It is literally like shooting fish in a barrel.

But what to think of a speed limit that’s (see above) no such thing?

Legally, sure. The speed limit is the fastest you’re allowed to drive. But it’s not a limit in any other sense. 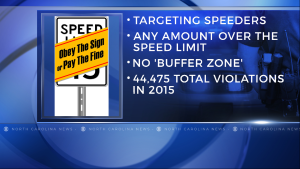 The term implies – this number is the absolute fastest it’s safe to travel; any faster (even 1 MPH faster) is to cross a red line from reasonable to reckless. But a question comes to mind – or ought to: If almost everyone is “speeding” every time they get behind the wheel (which they are) then either the speed limit is preposterous, a limit in the legal sense only – or almost everyone is a maniac, indifferent to their safety as well as the safety of others.

Which do you suppose it is?

If speed limits were actual rather than legal limits, the number would comport with a velocity obviously unreasonable to most people, who would for their own self-interested reasons avoid driving that fast. Enforcement would be comparable to enforcement of laws forbidding theft. Most people don’t do that, either – so cops can focus on the few who do.

But then, there’s not much money in going after thieves while there is a fortune (millions) to be made from enforcing silly laws that turn almost everyone into an offender (and so, a payer). 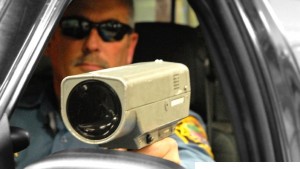 So, what we’re dealing with here is a bogeyman – a manufactured offense.

Most of us know this, instinctively.

It is why we feel anger rather than remorse when we are pulled over (that is, forced to stop by an armed stranger) and handed a piece of paper ordering us to Stand and Deliver.

The anger sure to erupt over North Carolina’s “zero tolerance” Obey The Sign Or Pay The Fine exercise in sheeple shearing is bound to be volcanic (one hopes) especially given that most speedometers are slightly inaccurate. You may believe you set the cruise control to 70 – but officer not-so-friendly’s radar gun says 72.

Plus whatever the insurance mafia ends up surcharging you for this manufactured offense.

So, you might want to avoid North Carolina between now and April 3 – when Unternehmen Obey The Sign or Pay The Fine is schedule to end.

One wonders how much longer this sort of thing will be tolerated – when pushback will (at last) erupt and the cynical, tyrannical acts of these creatures who lord it over us become intolerable and so no longer enforceable.

The Electrocution of Motorcycles