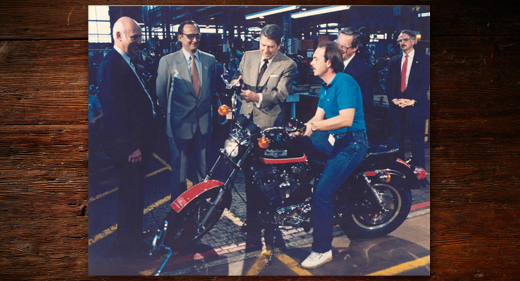 The hand of Uncle – which aways wields a gun – distorts our lives in so many ways it’s impossible to catalog them all. There are the things we’re forced to have – and things we never had. (Frederic Bastiat, the 19th century economist, called this phenomenon “things seen and unseen.”) 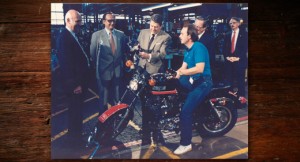 There are plenty of full-size bikes on the market, of course. But they are pricey – and it’s not so much because they’re big.

In the early ’80s, Uncle stepped in to “save” Harley Davidson from the Japanese competition, which was helping motorcycle buyers by offering them much lower-cost (and better-built) alternatives to the big cruisers and touring bikes Harley specialized in – but which Harley hadn’t done much to improve, engineering-wise, since the ’60s. Early ’80s Harleys still had generators and points and overhead valves while the Japanese bikes had maintenance-free alternators and transistorized ignitions and multiple overhead cams.

The Japanese-made engines were made entirely of aluminum while Harley was still using cast iron for cylinder heads, which were heavy and did not dissipate heat very well. The Japanese engines made more power with less displacement, used much less gas.

They didn’t leak, either.

Not surprisingly, the Japanese – Honda and Kawasaki especially – began to eat Harley’s lunch. 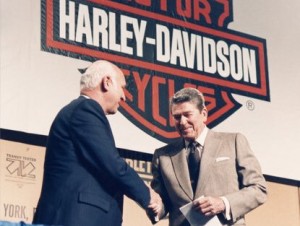 The free market response to this ought to have been: Let’s make a better (and lower cost) motorcycle; let’s improve our products.

Instead, Harley did the Crony Capitalist Thing – and appealed to Uncle.

Who – at this moment in time – manifested in the ruddy-cheeked guise of Ronald Reagan. He issued a fuhrer befehl that slammed the “Japs” with a heavy tariff on any motorcycle with an engine larger than 700 cubic centimeters.

Harley built no motorcycles with a capacity of less than 700 cubic centimeters.

The befehl was written in such a way as to specifically shelter Harley.

It was to be protected from “unfair” competition – by artificially increasing the cost of the competition. In this way, the playing field would be “leveled” … in Harley’s favor, courtesy of Uncle.

An article in the April 2, 1983 edition of The New York Times (here) quoted then Harley Chairman Vaughn L. Beals: “We’re delighted … it will give us time that we might otherwise not have had to make manufacturing improvements and bring out new products.” 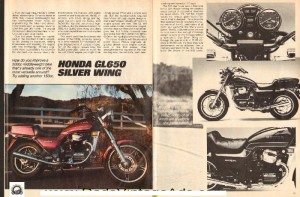 Harley’s torpor and inefficiency were rewarded – while the efficiency and industriousness of the competition was punished.

This from the man deified by “conservatives” (the beast that is neither fish nor fowl nor anything else you can lay a finger on) as the avatar of free market policies.

The obvious – the seen – effect was the continued production of Harley’s technologically obsolescent, over-priced bikes. And of course a rise in prices generally – because (courtesy of Uncle) there was no alternative. You had your choice of an overpriced Harley (the over-pricing due to the company’s Soviet inefficiencies) or an overpriced (because Uncle) import bike.

But what about the the things unseen? 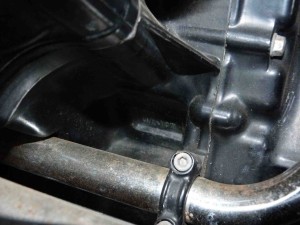 What’s interesting about this bike is that it’s not actually a 650 at all.

On the left side of the engine, there’s a number stamped on the case: 673. That’s the actual displacement of this “650.”

Not quite 700 cubic centimeters.

So, just under the displacement that would have triggered Uncle Ronnie’s punitive tariffs.

Honda had planned to develop the GL; the engine was a recent design and the GL 650 had only been out for one year. It was a bigger, stronger version of Honda’s popular CX (and GL) 500, similar in layout but re-engineered and ready for more. The “650” engine was designed to grow – like (in car terms) the original 1955 Chevrolet small-block V8.

Honda had plans to increase the displacement of the bike’s technologically brilliant, all-aluminum “twisted” twin cylinder engine, which had a four valve head and could spin to 10,000 RPM and which – even in “650” form – already made more power than Harley’s 1,000 cc twins did.

But 1983 turned out to be the last year for the GL650 – and Honda abandoned further development of this engine.

And – as usual, when Uncle is involved – everyone lost. Harley buyers paid more for crappy bikes – and those who preferred Japanese bikes paid more for theirs and – saddest of  all – never had a chance to buy bikes that would have been, had it not been for Uncle.

Some argue that Uncle “saved” Harley. And it’s true – as far as it goes.

But what might Harley have become, absent Uncle’s interferences? What kinds of bikes – all types, all brands – might we have had, absent Uncle?