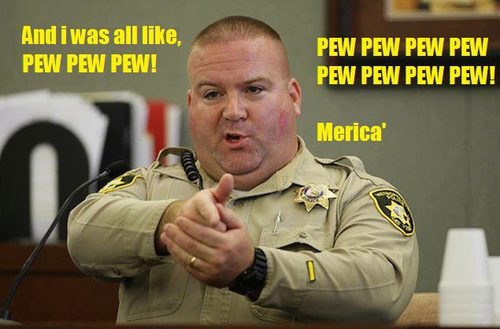 I’ve “eluded” cops who came after me for the victimless crime of “speeding” because the potential consequences of pulling over have become severe enough to make it worth stomping on the gas (rather than the brakes) and leaving the porker receding (hopefully) in the rearview. 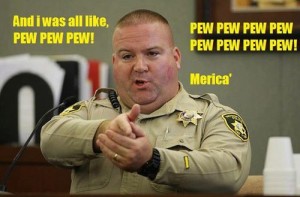 You can be jailed in my state (VA) for driving literally just a few MPH over the posted speed limit. Anything over 80, anywhere, is statutory “reckless” driving and you are subject to arrest on the spot. Even on a highway with a posted speed limit of 70 and traffic flowing – as it usually does – considerably faster than that.

The prospect of being put into a cage – and if you’re a car journalist, your professional life ruined – over something as innocuous as driving 82 or so MPH on a highway is more than enough incentive to make a run for it rather than trust that the cop (“hero,” in police state parlance) will be decent and merely leave you with a hefty fine to pay.

Now comes another reason to flee.

The shooting the other day of Minnesota motorist Philando Castile by a trigger-happy Hero Cop who had initially pulled Castile and his girlfriend over for the capital offense – as it turned out – of having a burned out tail-light.

Castile was armed – legally, according to news reports. He possessed a concealed carry permit – which for the record is something you can’t get if you have a criminal record. He reportedly so advised the Hero who had pulled him over, then proceeded to make the fatal mistake of reaching for his wallet.

Whereupon the Hero – whose name is reportedly Jeronimo Yanez – pumped four shots into Philando, who is then left to bleed out in the car while the jumpy and cursing Hero continues to level his weapon at the now rapidly expiring victim while his girlfriend – who has more control over herself than the armed and murderous Hero – sits beside him and narrates.

Here is the video, which has already gone viral:

Update: Yesterday, several Heroes were shot in Texas, apparently by a “black lives matter” sniper. This is not Good News (get ready for North Korean-style wailing and gnashing of teeth for the “fallen” Heroes). It will almost certainly result in things getting worse – for us and them. The Heroes will become even more paranoid and trigger-happy than they already are. Probably, new laws will be passed further anointing their persons as sacred – necessarily making our persons less sacred.

It is time to have a serious conversation. 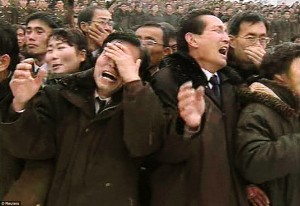 First, about this “hero” business.

Armed government workers – whose primary concern is their safety and (secondary to that) the enforcing of laws, no natter how picayune or unjust – aren’t “heroes.”

They are … armed government workers. Mercs, basically. Or a PraetorianGuard. Either or – it’s the same difference.

Heroes – real ones – put their lives on the line for the sake of other people’s lives. Their primary concern isn’t their safety.

Do most cops fit this profile?

The truth is that our safety isn’t a priority.

Legally, it doesn’t matter at all.

The explicit job of Heroes is to enforce the law. Period. They have no legal obligation to protect us – including from themselves.

And so, they don’t. Have been trained not to.

They have been inculcated with a sense of entitlement and a martyr complex. That non-Heroes are “skells” and worse. To be handled with gloves and Tasers (and Glocks). That we are all a “threat” to “officer safety.” 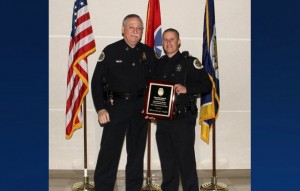 For example, this comment in the wake of the shooting of Philando Castile from TN Hero cop Anthony Venable: “Yeah, I would have done five.” That is, Venable would have shot Castille five times rather than merely four times. Just to make sure, you understand. (see here):

Until this changes, until our lives are regarded by those empowered to enforce laws as being at least as precious as theirs, it might be the smart thing to take off when you see those wig-wags. Especially if you happen to be armed – even if you have a permit.

Particularly if you have a permit, arguably.

Because in that case, your firearm will likely be concealed on your person (that’s why it’s called concealed carry) and this could be very bad news for you when the Hero notices the bulge in your waistband and screams “Gun!” and opens fire.

This is what happened to Philando Castile, who is now very much dead.

Some will think to themselves: Well, he was black and I am a white solid citizen and this would never happen to me.

Unless the Cop Cult is deprogrammed and Americans insist on restraint, de-escalation and accountability (not paid vacation) when things such as this happen, they will continue to happen.

Perhaps to you next time.