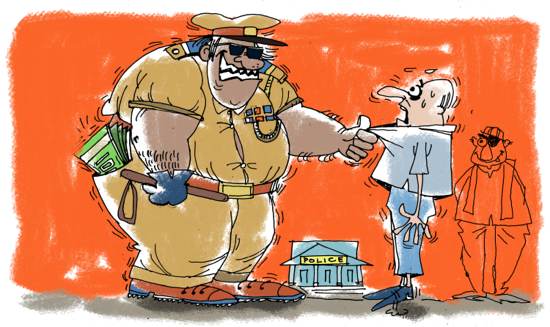 And yes, it is a problem. 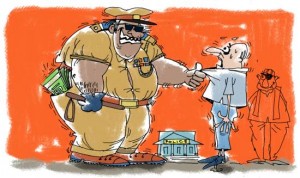 For them as much as us.

For them, because it has created an arrogance – a recklessness – that encourages the extra-legal excesses that we’re seeing on video almost every day (these videos probably capturing only a small slice of what actually goes on every day).

For us, because we are increasingly threatened by these excesses.

It is worrisome and very dangerous – for everyone.

They fear and loathe us and we return the sentiment, with predictable results. 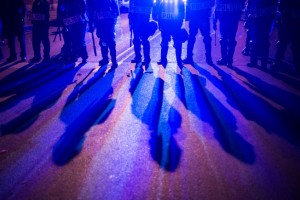 They escalate, making retaliation as inevitable as fall coming after summer.

This is not to condone much less encourage but rather to explain. And – hopefully – fix.

People – not just “blacks” – are angry. With cause. It is not good.

How to dial it back?

One simple measure would be to apply the law equally to everyone. Especially to law enforcement. It is madness that this is currently not the case.

An example of which is this video, which shows the final moments of a chase. The man surrenders. He gets on his knees, then on the ground. He is totally submitting and obeying at this point; there is no Threat to Officer Safety. But two officers beat the man regardless while other officers stand and watch and do not arrest the officers perpetrating a physical assault in broad daylight. This was – as the ancient saying had it – a Kodak Moment.

Were it not for the video, the two cops administering the beatdown would probably never have been charged (as they subsequently were, no doubt with great reluctance by a DA who had no choice because of the video, which was shown on live TV). But that is not the take-home point. The take-home point is that if you or I had rained punches on some other person in plain view of a cop, we’d have been immediately arrested and handcuffed and taken to jail.

But because the two thugs happened to be wearing uniform, the others in uniform stood by and did …nothing. 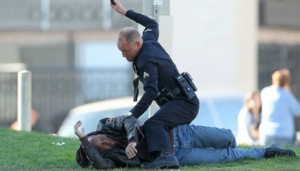 If you, an ordinary Joe (or Jane) have a permit to carry a gun, you are aware (because it is hammered into you as part of the permitting process) that you will be held severely responsible both criminally and civilly in the event you handle your firearm in a criminal or reckless or legally unjustified manner.

If, for instance, you brandish your firearm in a threatening manner – such as lifting up your shirt to show someone you are packing and not in a friendly way – it is a criminal offense. You’ll be arrested for it. Your permit to carry a gun will be rescinded, at the very least. If you unholster your firearm and point it at someone without very demonstrable legal cause, it is more serious criminal offense. You will very likely be taken to jail.

If – god forbid – you pull the trigger and actually shoot someone with that gun (as here) you had better be able to substantiate that your life was in imminent danger from a clear and immediate threat and that (in most states) you literally had your back up against the wall and could not have simply run away.

We – Mere Ordinaries – have a legal obligation (in most states) to retreat. 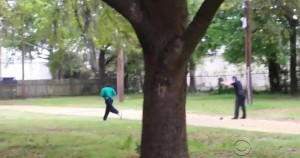 If not, you will almost certainly be charged with – at minimum – felony manslaughter and very probably murder. You will be taken into custody right now. You will not be placed on paid vacation and allowed to go home. If it turns out you fired your weapon without legal justification –  that being an imminent actual threat to your life – you will be charged and prosecuted.

Claiming you “feared for your safety” won’t cut it.

In addition to being criminally prosecuted, you will also be personally sued by the victim or his family. You will pay for your mistake. Not the taxpayers. You will face losing your home and everything you and your family have. In addition to the prospect of spending many years in prison.

Can anyone come up with a legitimate/defensible reason why “trained” law enforcers should not, at the very least, be held to the same legal standard regarding the consequences of criminal/reckless conduct as ordinary people?

No one – we are told – is above the law. And yet, the plain fact is cops – law enforcers – are above the law. They are held to a much lower standard regarding conduct that would be considered criminal on the face of it if performed by you or me. Which – duh – gives them an incentive to be less circumspect than you or I would be regarding (among many other things) the use of force, including the use of deadly force.

Why is this tolerated? It should not be. 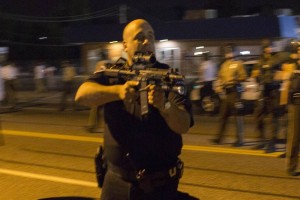 It invites exactly the sort of person who ought to be actively discouraged from a career in law enforcement – viz, the bully who is looking for trouble; who wants to hurt people and just needs the excuse (and the legal cover).

But the fundamental point is that the laws should apply equally – and to the same extent – to everyone. Whether it’s “speeding” or firing a gun at someone. Cops should be just as fearful of the consequences of pulling the trigger as anyone else.

The fact that at the moment they are not as fearful is precisely why we have the problem we have.

A second inducement to good behavior – or at least, responsible behavior – would be (and should be) the prospect of being ruined financially for reckless/criminal conduct. Again, just as you or I would be, in the event we did something like drive a car 100 MPH in a 35 MPH zone and ended up T-boning some poor innocent who happened to be in the wrong place at the wrong time making a legal left turn, say –  and as a result is now in a place six feet under the grass. 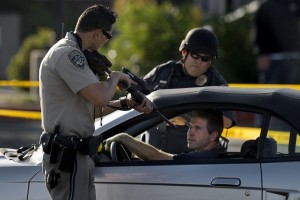 When a cop does something like this – even when there is no debate whatever about the recklessness or even the criminality of his actions – he is not personally ruined. The county – the taxpayers – are. They foot the bill for his defense as well as the eventual payout.

This, too, is both outrageous and dangerous.

If it were proposed that you or I or any other ordinary person not be held personally financially responsible for causing horrendous damage to someone else or their property, or even causing their death, and that instead the county – that is, the taxpayers – pick up the tab not just for the damages but also for the lawyers, what do you suppose the reaction to such a proposal would be?

The bottom line is that sometimes, counting on people’s good behavior and good sense is not enough. There must be consequences for bad behavior – both as an incentive to prevent it and as way to deal with it justly when it happens.

It is not just for some people to be held to a lesser standard – nor for them to be able to shirk responsibility for their actions onto  the backs of others who had nothing to do with it.

If anyone can give me a sane reason why the doctrine of equality under the law ought not to be applied to cops as much as it applies to anyone else, I’d love to hear it.