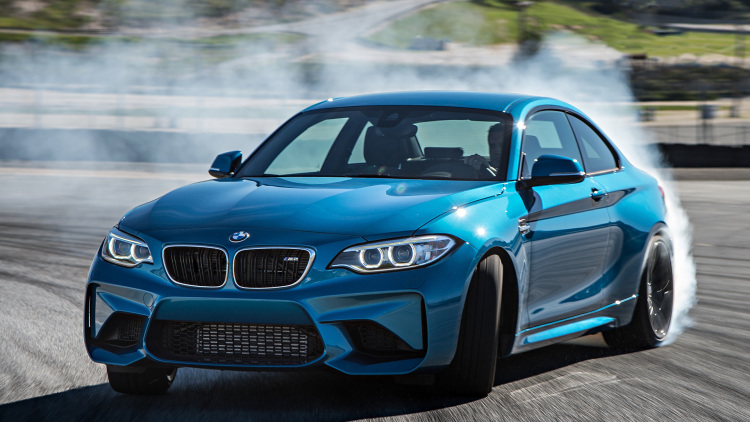 Speed is not – contrary to the saying – always just a question of money. 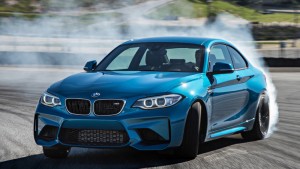 Sometimes, you get to pay less to go just as fast. And get some other worthwhile things, too.

In the BMW M2 coupe, for instance. 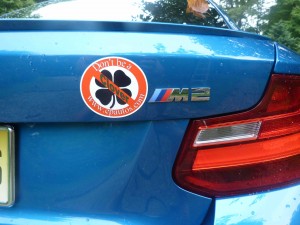 Both have amped-up versions of BMW’s brilliant 3.0 liter straight six engine, heavily modified suspensions and will rip new ones around the race track or back road of your choosing. 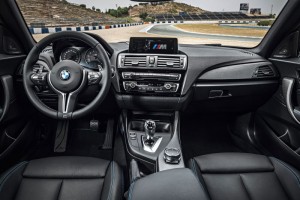 Both of these two-door/four-seater power coupes have about the same room for people – which is realistically two comfortably up front and two occasionally in the back.

But having the extra seats does give them a leg up over two-seaters like the Alfa 4C and Chevy Corvette and the Porsche Cayman – which effectively require the purchase of another car if you need to carry more than just one passenger even occasionally.

None of those are Blue Light Specials, either. 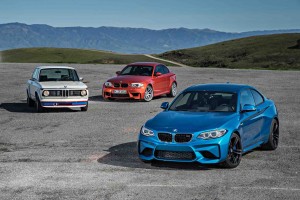 A performance-equivalent Cayman GT4 (the lesser base/S and GTS models aren’t equivalent) starts at $84,600… which makes even the $65k to start M4 seem like a Blue Light Special.

And makes the $52k loaded M2 glisten gloriously in the moonlight.

The M2 is the hottest-shoe version of BMW’s 2 Series compact 2-plus-2 coupe. 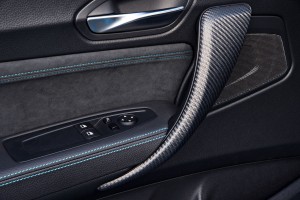 Like all BMW M series cars, the M2 is defined by its engine – a 365 hp version of BMW’s DOHC turbocharged in-line six – and its heavily modified chassis/suspension, wider stance and wheel/tire/brake/bodywork/trim upgrades.

While not exactly cheap, it’s still a deal compared with the functionally (and cosmetically) very similar M4, which starts out $13,005 higher.

That sum would pretty much cover lawyer/bail bondsman and SR-22 insurance premiums for a year, at least. 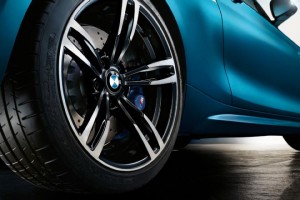 Almost everything the M4 offers – for $13k less.

Plus you get back seats.

The straight six is vehicular Viagra. If its song doesn’t rouse you, there’s nothing else that can be done for you. 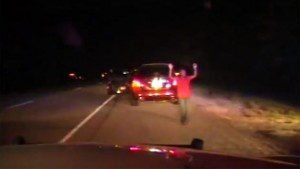 Owning any car like this in these times – the Era of the Safety Cult and trigger-happy Hero Cops – is like saying unkind things in public about the Dear Leader in North Korea.

No one expects a car of this caliber to be a gas-sipper, but god almighty is this thing thirsty. Lay on the turbo and you can suck the too-small (13.7 gallon) tank dry in less than 200 miles.

That’s range almost as pitiful as an electric car’s.

But at least you can refuel this one in minutes – as opposed to waiting hours to recharge. 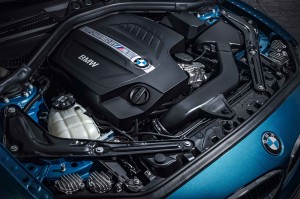 A truly different engine is one of the intangible things that makes a car more than just a function of whatever its stats are.

Brief segue… I own a mid-1970s Pontiac Trans-Am, which is very similar to its same-era Chevy cousin, the Camaro Z28. With one critical, functional difference. My car has a Pontiac V8, which is very different than the Chevy V8 in the Camaro. When Pontiac lost is unique engines, people stopped caring about Pontiac. It ceased to exist not long afterward.

BMW has its straight six.

To the mechanical connoisseur, it is something special. In part because it is unusual (no one else is making or selling straight sixes any longer, in part because the engines are hard to fit in a car sideways, which is necessary in a FWD layout and almost all new cars – though not BMW cars – are FWD-based these days).

But also because it is a purposeful design. 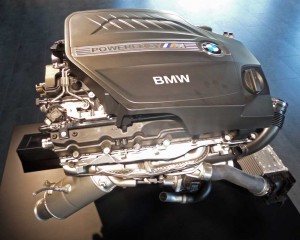 In-line six cylinder engines are inherently balanced engines. This means they don’t need the heavy counterweights other engines need to be vibration-free. And it also means they are freer-revving, because the mass of the reciprocating assembly is less.

And, there is to horsepower consider.

There is also torque: 369 ft.-lbs. under “overboost” – a momentary full-throttle uptick in turbo pressure, when you need just that little bit of an edge.

And there is less weight. 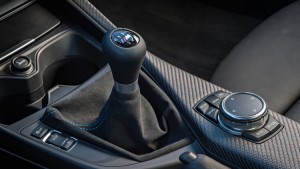 Which results in a dead heat, quickness wise – even though the M4’s version of the BMW 3.0 six is 60 hp stronger (425 vs. 365). Both cars can get to 60 in about 4 seconds flat (the manual six-speed versions of both cars are slightly less quick than when ordered with their optionally available automated manual seven-speed transmissions).

Either way, this is serious speed.

Not exactly a Blue Light Special. 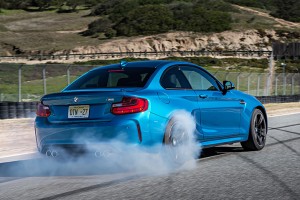 How about on the Nurburgring?

This of course is Germany’s famously challenging road-race course.

Both times are damned impressive for a street car that’s also not a six (or seven) figure ultra-exotic car.

To give you some idea… 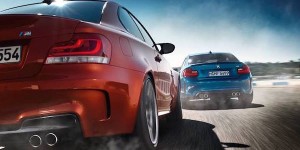 This made it hard to buy one, even assuming you could afford one. Same goes for cars like the Nissan Skyline GT-R and Lexus LFA.

Might as well ask Paul McCartney to play your kid’s graduation party.

Scan the roster of record holders and you will find very few cars running seven-something minute lap times around the Ring that are priced anywhere near either the M2 or the M4’s orbit. One of the few that is, interestingly, is the Chevy Camaro Z28 – which posted a seven minute, thirty-seven second (and four tenths) time in 2014. 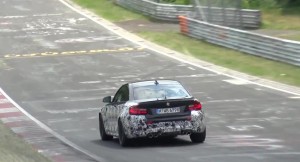 It was also – let’s be blunt –  a street legal Nextel Cup stock car. Air conditioning was optional (to cut horsepower-robbing parasitic drag). Sound deadening insulation was removed (to save weight). The radio came with one speaker.

The M2 comes standard with climate control AC and a 12 speaker Harman Kardon audio system. There are heated seats, as opposed to heat radiating into the cabin from the engine/exhaust through uninsulated floorpans and cowls.

It’s the difference between a street car and a street legal race car. 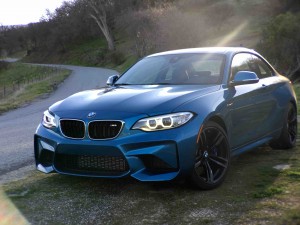 The twin-scroll turbocharged inline six is fully modern but has managed to escape modernity’s homogenizing tendencies. V6s abound. They are powerful, some of them (GT-R) more so than the BMW’s six. But nothing else sounds like a straight six and in a car of this type sound and other such intangibles are arguably as critical as tangibles like horsepower and lap times.

To experience these differences you must drive the car.

Or, just start it up. 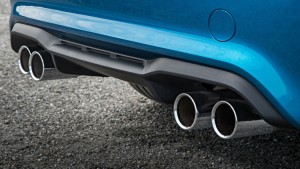 The straight six clears its throat through a specially tuned M-specific exhaust system ending in four tips. From idle to 7,500 RPM (redline technically begins at 7,000 but the computer is set up to allow another 500 or so) it is a Stradivarius of internal combustion. With a range – both torque and horsepower – worthy of a mechanical Caruso.

Full torque (all 369 ft.-lbs.) on tap from 1,400 RPM – so frequent downshifts to keep up the power aren’t necessary. This is an extremely traffic-friendly supercar. But when traffic clears or you need to make a hole in it – a downshift will more than do it. Horsepower meets torque, both curving upward together. This is achieved via the twin-scroll turbo system, which avoids low-end lag and maintains boost literally from idle to near redline.

The result is an extremely tractable powerplant that you will come to love like a wife who’s both hot to look at and not also a pain in the ass to live with. 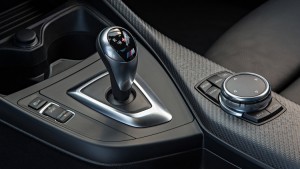 The optional seven-speed automated manual has a quickness advantage over the standard six-speed because it shifts faster and more precisely than you can (and it has seven speeds, so tighter spacing between gears) but the manual six-speed, like the straight six, harkens back to a “better managed time” when the object of the exercise was to hone your skills rather than rely on the skills of a computer.

Besides which, there is a cheat of sorts: The manual manual does double-clutch/rev-matching throttle blips for you. Each gear change sounds like Michael Schumacher’s doing the legwork.

But it’s you behind the wheel. 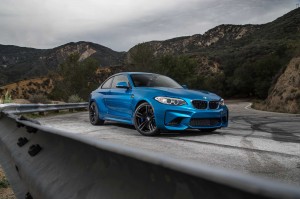 In addition to their very special engines, all  M series BMWs are defined by their special bodywork.

They look the part.

Park the M2 next to a standard 2 Series coupe. Note the wider squat – the result of a widened track (by 3.2 inches vs. the regular 2 Series) and adjustments to the chassis necessary to accommodate the huge (and staggered size) 19-inch wheels and ultra-performance Michelin Pilot Super Sport “summer” tires. The rear and front quarter sheetmetal is gorgeously rolled outward to tuck it all in.

Up front, an M-specific front clip with air intakes that look big enough to feed a pair of afterburning Tumansky turbojets – the ones powering the Mach 3.2 capable MiG 25 Interceptor. Defusers in the rear to smooth the shock waves.

But it is hard to run a low profile in a four-wheeled MiG 25, afterburners lit. 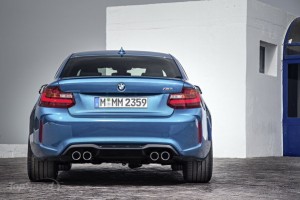 Especially if the car itself glows, as my test car did in Long Beach Blue metallic. To run around in this car is to feel like Nixon probably did in ’73… enemies are everywhere. Especially if you’re running without a radar detector – as I did the first day I had the car, having forgotten to transfer it from the Honda Ridgeline that hadn’t been picked up yet.

So I did the speed limit. Which – in this car – is not unlike going to a top-drawer steak house and ordering a salad.

Luckily, this problem is easily fixed. The next day, I had the V1 running interference. The Fun was back on! 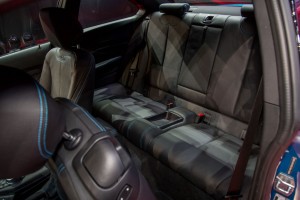 So, about the same (neglibile difference) driver/passenger accommodations in the M2 and a much more generous trunk (almost a mid-sized sedan’s trunk; the current Toyota Camry’s trunk is 15.6 cubic feet) and about the same performance… for a whole lot less coin.

BMW is sometimes a little chintzy with standard features. Given what they charge. Last year, for instance, I remember being startled by a $33k to start 3 Series that did not come standard with satellite radio.

While the M2 is extremely well-equipped (including real woven carbon fiber trim plates and handsome crushed velour) there is one such and similar cheap-out here. They charge you $300 extra to get AppleCarPlay added to the infotainment system. 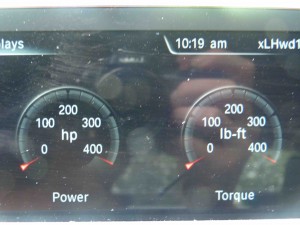 One extra that’s worth buying is the $2,500 M Driver’s Package. It doesn’t add anything to the car in terms of equipment but you do get a ticket to learn how to drive the car. A full day’s track time and instruction at a BMW Performance Center (they have two, one on the East Coast and the other on the West Coast).

Also, your M2’s ECU (the computer that runs the show) will be told to allow 168 MPH on top vs. the otherwise standard 155 MPH.

The other item worth a mention – and heavy praise – is that the M’s various electronics do not generate radar clutter – false alarms that make it harder to suss out the real threats. And the GoPro app is extremely cool. It lets you create high quality videos – though don’t be a dumbo and post these in any traceable way on YouTube. Use proxies and such – or expect trouble.

BMW made the M2 so good it almost makes the M4 look bad.

But I wouldn’t kick either out of my garage.