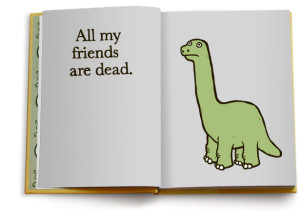 I read an article the other day, recommended by a friend, about “conservatives” and the futility of the reactionary politics that defines them. They are always looking backward, to a time when things were “better.” 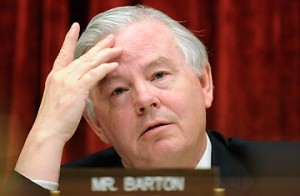 But the getting there always stymies them.

Because it doesn’t have intellectual pull. It comes off as the philosophical-political equivalent of “get off my lawn, you damned kids.” An old man fulminating about lost youth.

But arguing principles – especially good ones – does.

Or at least, can.

The political left has been successful because it is perceived as principled. It talks constantly about moving forward (“progressivism”) and is thus regarded as the antithesis of fuddy-duddy “conservative” reactionaries.

Who are always playing catch-up. 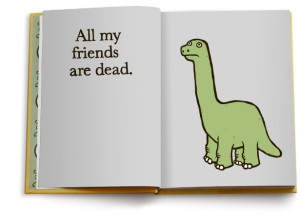 Which is why they never catch-up.

But if they’d take a principled stand for once…

He is a “conservative” Republican congressman from Texas and the only congressman who has publicly stated that the federal government’s mandatory minimum fuel economy edicts – Corporate Average Fuel Efficiency, in the bureau-lingo of DC – ought to be repealed.

But not because he says the federal government – which isn’t the Great and Powerful Oz, but just a few thousand bureaucrats and office-holders; in other words, ordinary (usually, very ordinary) people, without special wisdom much less right to rule the rest of us – has no business involving itself in such things to begin with.

He trots out the wearingly reactionary argument that the “market can handle it.”

He does not mention (reactionary conservatives never mention) the right of each of us to determine for ourselves what sort of vehicle best meets our needs. 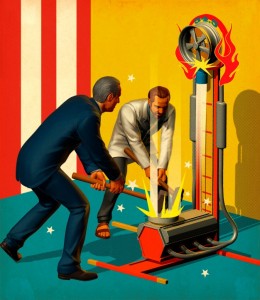 The “market” (like “society”) has no rights because it is a construct, a figure of speech. In flesh and blood reality, there are only individual people and however many of these exist, none have rights superior to (or less than) others.

This goes doubleplusgood for those who regard themselves as Wizards, especially.

In truth, they are just the men (and women) behind the curtain. And we should be paying attention to them, rather than the booming voice of Oz.

One of these men is President Obama, who on his stupendously arrogant say-so, wishes to decree that all new cars shall average 54.5 MPG by the year 2025. Through his consiglierie (well, one of his consiglieries) Paul Hemmersbaugh of the National Highway Traffic Safety Administration, the Great and Powerful Oz decrees the new fuel economy standards are both “necessary” and “achievable.”

Both are value judgments we may take issue with – but which we will nonetheless be compelled to abide by, if the new mandate is imposed upon us.

But, let’s backup a little. What is this business of a National Highway Traffic Safety Administration?

Why is our “safety” any of their business?

It’s busybody-ism at gunpoint. No different, in substance, than observing your next-door neighbor lifting (as you see it) “too much” weight and rushing over to insist he desist. 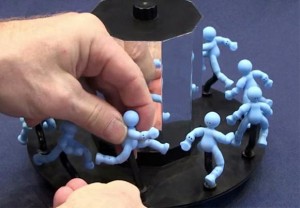 One can at least make a morally reasonable argument that actions necessarily affecting others in a harmful way are legitimate areas of government interest. If the premise is principled rather than reactionary. Vehicle exhaust emissions, for instance. Within reason, of course.

And the fuel efficiency of vehicles?

No harm to anyone necessarily follows as a consequence of Joe driving a car without air bags. Except, perhaps, to Joe. But that’s his business, just as it is no one else’s business what Joe eats for breakfast.

It will be answered that – as regards “safety” – the rhetorical sleight-of-hand called “society” bears the costs of “risks” not minimized by coercive edict. But this is not necessarily so. And, if risk does become actual cost, “society” only foots the bill because of coercive (and collective) transfer of the costs onto others – invariably those who did not impose it. 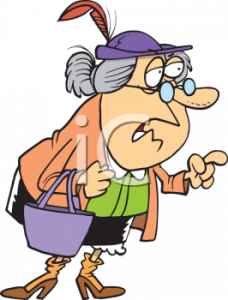 Example: Joe wrecks his car, which does not have air bags. He is injured but cannot afford the hospital bill. The government forces Bob (and Kathy and Tim and Jeff) to foot the bill – and then forces all of them to buy air bags in their next new car.

We all end up paying more. And – having accepted the principle behind this collective accountability and risk management – there will be more to come.

On this fuel efficiency business, the Wizards – most of whom do not drive (are not chauffeured in) “efficient” vehicles themselves – are annoyed that “too many” buyers (us) continue to not choose hybrid and electric and other ultra-efficient (but ultra-expensive and ultra-unappealing) vehicles, even though these are available.

The problem is that less “efficient” vehicles – damn them! – are also still available to the peonage. Hence the need, as the men behind the curtain see it, to impose the 54.5 MPG standard, which will serve as an Extinction Level Event for two-thirds of the car types currently in existence and all of the truck/SUV types, as no known or even contemplated technology is available that can cause a vehicle larger than a compact car having more than about 1.5 liters under its hood to average 54.5 MPG. 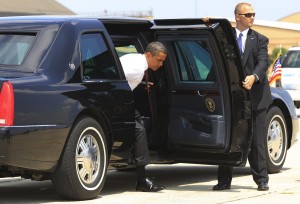 It will still be legal to build and sell vehicles that do not average 54.5 MPG. But viciously punitive taxes imposed on these “gas guzzlers” will price them out of reach for all but the men and women behind the curtain, who pull the levers – including the one that controls the mechanical claw that reaches into our pockets to provide their six (and seven) figure sustenance.

If only he’d take a principled stand.

Dare to ask why the government is dictating to people in a free country the type of vehicles they’ll be allowed to buy. Dare to question, on principle, this business of busybodies-at-gunpoint decreeing “standards” we (not they) will be forced to subsidize with our resources.

That’s a winning argument no “progressive” can counter without exposing the toothsome urge to direct and control, using violence rather the persuasion.

Which is why reactionary “conservatives” never make a principle argument.