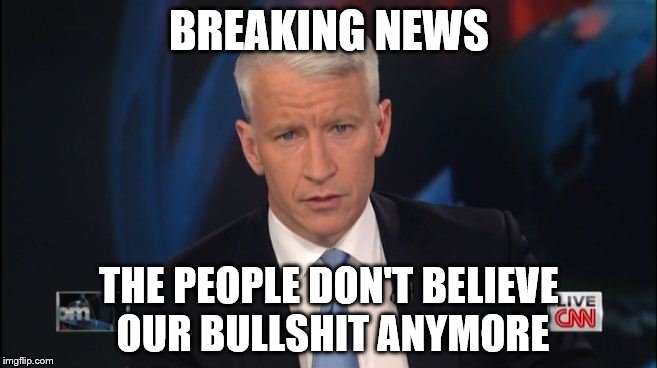 You have probably heard someone refer – accurately – to government (rather than public) schools.

We need more such clarity.

It deprives them – authoritarian collectivists – of the moral sanction they must have in order to keep otherwise decent people in thrall to them. To prevent criticism or even questioning of authoritarian collectivism by preventing any meaningful conversation about it. They use words to shut you up. To get you to accept the terms of the debate before there is a debate. So that there is no debate.

“Public” – schools or otherwise – is a shyster term. Purposely dishonest. The “public” – who is that, exactly? – owns absolutely nothing. Physical property is always – must be – owned by specific living, actual people. And ownership is defined by which living, specific people control the property. 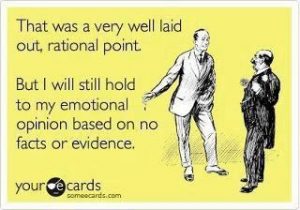 Do you control the – not your – local “public” school? Can you enter at will? Or must you obtain permission? Are you free to use it as you like? Or are you told how you may use it? Do you have any meaningful control over the teachers – or what is taught? Can you fire a teacher? Adjust the curricula an iota?

Tear off the euphemism Band Aid; let’s get to the suppurating sore underneath and have a look.

A government school is controlled by the people who work for the government. Who constitute the government, by dint of having the power to exercise control over other people and other things.

These are the people who control the school – and so, the education meted out within. The government  – these people –  force us to fund their schools and we are forced to hand our kids over to the government’s schools to be educated (another term in need of deconstruction) as the government – as those people – see fit. 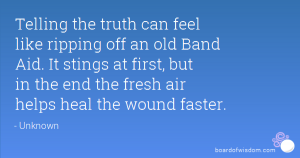 Who defines what the “mainstream” of thought/opinion is? It is the handful of people who control editorial policy – what is allowed in print or allowed to be discussed on air – at the major media outlets: The New York Times, The Washington Post and the LA Times, plus the same things on Teevee: CBS, NBC, ABC, MSNBC. A relative handful of people who live mostly in Washington or LA or New York and mostly talk amongst themselves about the rest of us. 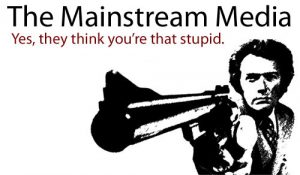 But the issue isn’t their contempt for the rest of us, nor our contempt for them. Nor their dishonest, egregiously biased coverage – which is biased more by omission (the topics and points-of-view never discussed) than by the way things they do discuss are discussed.

Rather, the issue is the effrontery of their assumption of the title, mainstream media.

A handful of people cannot, by definition, be “mainstream.” They are in fact an attenuated minority whose views are radically different from those held by most people.

That is, by the actual mainstream. 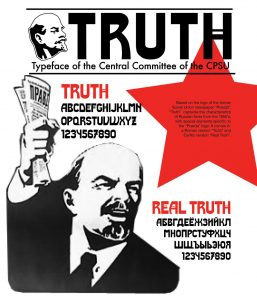 But by using the word when we speak of them, we cede important ground.

Very much as we do when we speak of “public” rather than government schools. It lends an unreal legitimacy to both things. “Public” implying all of us are co-owners, when in fact we own not even a single blade of grass on the grounds of the government’s school. Similarly, accepting the term “mainstream” instantly marginalizes any journalism (or journalist) who isn’t a member in good standing of the attenuated minority.

So, we ought to stop using that word to describe them. Just as many of us now very purposefully refer to government rather than “public” schools.

But which word should we use to describe the attenuated minority media? 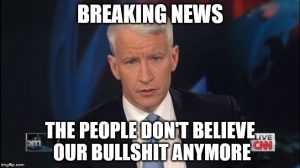 Some have suggested that “state” media is apropos – in the spirit of Pravda. There is – pardon the obvious pun – truth in this.  The “mainstream” media organs, print and otherwise, are owned by a few very big corporations and these corporations are all in bed with the very big government housed in DC (mostly). There is a lot of reach-around going on, such as “embedding” journalists (an abuse of language) with “the troops” so as to control whatever is “covered” by these (cough) journalists. It is no accident that the “coverage” of the corporate-government wars of the past 20 years is markedly different from the coverage given by independent journalists during the Vietnam era.

When journalists were not sleeping with the government (“embedded”) but out there getting at the story, whatever it turned out to be. When they weren’t looking at what they were allowed to look at – and spoon fed “stories” by their government handlers. 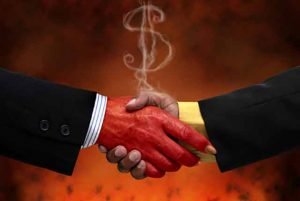 But it’s still not overt state media – just very close to it.

Which is why I like the term coined by the economist Paul Craig Roberts: Presstitutes.

It neatly conveys exactly what the members of the “mainstream” media are: Bought and paid for shills for the government-corporate nexus; mouthpieces for the powers-that-be.

They sell their words, their voices – and so, their souls – to the highest bidder.

I speak as one who was offered that deal – and declined it. Not because I’m a journalistic buddha master. I just couldn’t bring myself to spread my proverbial legs and so here I am.

The poorer for it, but my soul still intact.

If you have had it with control freak Clovers, Goo-guhl, diversity mongers and like contrarian, liberty-minded media, please consider supporting us.