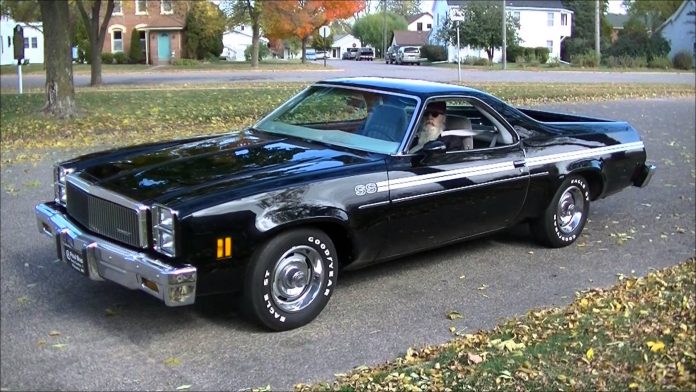 Ok, many of you know I am in need of Wheels – my truck having gone to my wife, who is also gone. The press cars help, but I am not a cretin and so do not use them for dirty work. Plus, there are times when I do not have a press car – as when GM expresses its displeasure over my not-orthodox musings.

So, I have been mulling over What to Do.

Option one is an El Camino, ideally one from circa mid-late 1970s to early 1980s. Much as I like the ’60s and early ’70s models, they are high-dollar collectibles now and I do not have high dollars available. 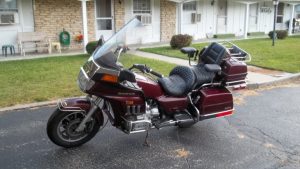 Besides which, I am looking for a driver – not another sheetmetal totem (like my Trans-Am) I must preserve like a monk protecting a valuable ancient text. I really like the idea of a stock/unmolested car with its original 350 (or even 305). I think they even made a few with the 350 and Borg Warner Super 10 combo (same drivetrain used in the ’77-’81 Z28) and that would be the ticket.

Or, there’s this really nice ’84 Honda my buddy wants to semi-swap me for.

The downside is it only has two wheels. Which means a cold ride sometimes. Like, now.

But, there’s this to consider: 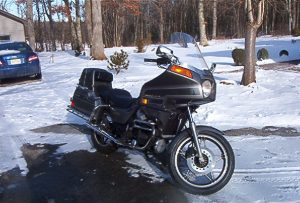 I can get the bike – a very nice Goldwing – for three figures. My buddy is a freak for Silverwings, you see – and wants to trade bikes (my ’83 for his ’84) plus a few Benjamins. I love my Silverwing but it’s a bit small for a geek my size, while the Goldwing fits perfectly. It also has a backrest, which my sore back could really use. Better wind protection, too.

But it’s the Scotsman in me that has a chubby for this thing – because I can obtain it for almost nothing and (screw Uncle) I can minimize expenses licensing and titling it. Who could tell one 30-year-old Honda from another? How many cops know the difference, by sight or otherwise, between an ’83 Silvering and an ’84 Goldwing?

But then there is the El Camino. And, heat. And not getting wet. And being able to cart stuff around (including a motorcycle).

The downside being das geld.

Right now, I am squeezing nickels so tight the buffalo farts.

But, I’d love to get your thoughts. What do you say?

PS: I will be on with Bill Meyer tomorrow at 9:35 and then on Liberty Radio next Monday at 1. Look for the audio clips, as usual, here after the live shows.