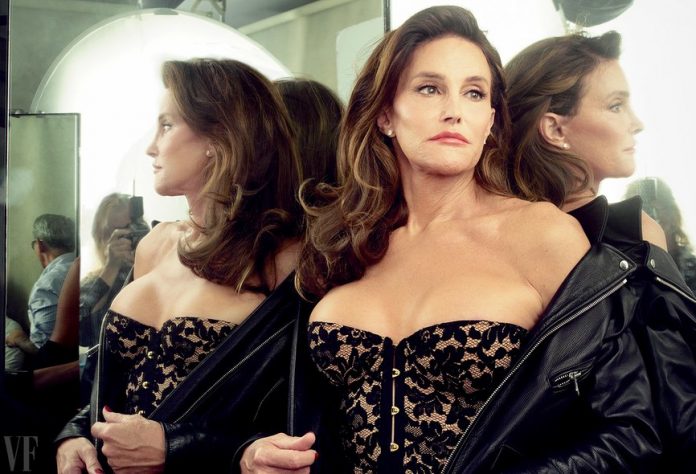 What is “conservatism,” exactly?

I was one once – and I can’t tell you. Not coherently, anyhow. Which got to bothering me when I was a “conservative.” Which is probably why I no longer am a “conservative.” I like a philosophy that has defined, defensible principles.

Conservatism, on the other hand, is intellectually transgendered – a confused mishmash of conflicting urges.

It claims to be for “small government” – but at the same time, one of its bedrock must-haves is a “strong” (and therefore,necessarily big, permanent and expensive) military . . . and not a purely defensive one, either.

How do those two things – “small government” and a big, permanent and expensive military – fit together, exactly?

When “conservatives” talk about a “strong military, they usually mean the projection of American power outside the physical borders of America; that is, they endorse and support the projection of the urges of the clique of powerful professional politicians and bureaucrats who control the federal government, via its taxing power. 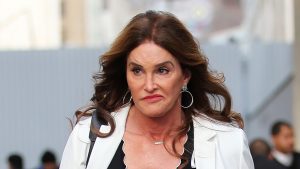 How does one keep a government “small” when there are professional politicians and bureaucrats? Both of them very well-paid (and paid-off).

How does a “small” government manage to also be powerful without becoming not-small?

And when government has the power to impose a general tax on people’s incomes – which also necessarily means it must have the power to collect information about people’s income  – where they work, who they work for, how much they earn, what they posses, etc. – how on earth can anyone expect it to not become very big indeed?

How does one limit a government that can take as much of the people’s money as it likes? Does it matter at all what this taken money is spent on? Isn’t the relevant fact that it has been taken?

“Conservatives” aren’t opposed to taxation as the theft it is. They simply prefer less theft – and that the booty taken is used for purposes they approve of.

Like a “strong” military! (And limitless aid to Israel and its military – let’s never forget that one.)

A defensive militia, decentralized and composed of volunteer and part-time citizen-soldiers may be compatible with “small government.” But what “conservatives” want is a professional military and a massive “defense” industry that spends billions of dollars of other people’s money, taken by force. Note that when the American federal government was somewhat limited, had no power to tax income, there was virtually no military (i.e., a standing/professional army), just a militia – mostly at the state level – and a very small navy.

The sort of purely defensive and decentralized force most current “conservatives” would bemoan.

You can’t have your small government cake and a giant (and offensive) military, too.

“Conservatives” should pick one. 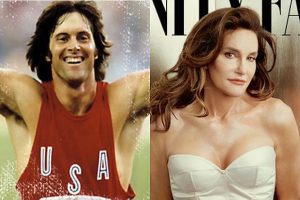 Or accept that you can’t have the other.

“Conservatives’ ” supposed liking of small government is likewise not compatible with another thing these “conservatives” generally support:
The war on some drugs.

That is, the war on some people who choose to partake of substances “conservatives” don’t like.

Meanwhile, other substances are ok with these “conservatives” – for reasons entirely arbitrary.

Whether you agree or disagree with another person’s choice to partake of  “drugs” – whether pot or alcohol (or heroin or coffee) isn’t the issue. The issue is reconciling the notion of a “limited” government with one possessed of limitless power to put people in cages and deprive them of their liberty not because they’ve harmed anyone else but because of (supposed) harm they are doing to themselves. Or might cause.

If that principle – of presumptive harm caused, and of certain punishment for harms not caused – is accepted, then there is no longer any limit on what government may do. And so, will. 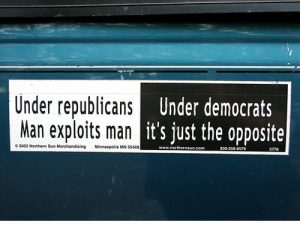 Why are “conservatives” surprised by this?

What possible coherent argument could a “conservative” present in opposition?

They have already accepted every premise of the left.

It is why the political left has been so successful. Because the political right – “conservatives” – have no substantive arguments with which to combat the left. They fundamentally agree with the left; the two just bicker over particulars.

Over how the government will flex its muscles. Not whether it ought to have any.

Do conservatives ever engage in thought? Here’s one:

If it’s acceptable to criminalize the use of pot, why not alcohol? Why not anything that could be – accurately – characterized as a “drug”? Why not criminalize the drinking of “too much” coffee? Seriously… why not? 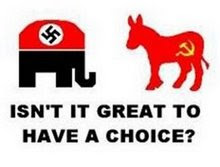 “Conservatives” have no answer … that’s intelligible.

How does one intelligently argue against Obamacare when one has already accepted the principle that it’s acceptable to force people to buy car insurance? (More on that here).

And if health insurance, why not gun and life insurance, too? The same principle applies.

Give the left credit for at least having principles. They are collectivist and authoritarian, certainly – but they are principles. For the left, the good of the collective – however elaborated – always trumps the rights of the individual. And unlike “conservatives,” they are open about this. 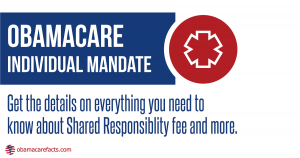 The left makes a principled, coherent argument for things like Obamacare and doesn’t rely on mealy-mouthed objections about how much it costs (the typical “conservative” argument) and they don’t quibble that it denies people the freedom to decline to participate – another objection “conservatives” can’t make because they disagree with the idea of letting people choose for themselves, including the choice to have nothing to do with whatever it is, if that is their wish.

“Conservatism,” like liberalism (leftism by another name) is fundamentally paternalistic while left-liberalism is maternalistic. The “conservative” adores the paterfamilias – Big Daddy government. The left-liberal, Big Momma. Note their respective heroes: For the “conservative,” Ronald Reagan – who talked about “small” government, but did so while deifying armed government workers (soldiers, cops) and increasing the power of the government over people’s lives. But “conservatives” didn’t mind because RR spoke loving of the flag and other totems of government authority . . .which “conservatives” love, even as they bray about “freedom.” The German Nazis did the same. Only the “freedom” they had in mind was the freedom of the state to do as it liked.

For the left-liberal, the heroine is (lately) pants-suited menopausal harridans like Hillary!

But the point is that both ideologies seek to parent other adults, with one (the left-liberal) at least conscious of it and unashamed of it, while the other mouths meaningless platitudes about “protecting freedom” while systematically undermining it.

Unlike Libertarianism, neither “conservatism” nor left-liberalism respects the right of other adults to be left alone, provided they’re not hurting anyone else. Not hurting their feelings. Not because someone doesn’t approve of what they’re doing – or not doing. Only if they are actually hurting or have hurt someone in a material/tangible way. Otherwise, MYOB! 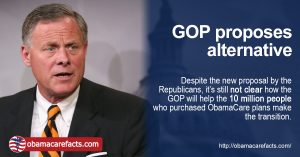 That’s the really scary thing about “conservatives.” Most of them actually do believe there is a difference between them and the “liberals” (leftists) they can’t stand.

But they can’t stand them only because the focus of their authoritarian collectivism lies elsewhere. Because they (the left-liberals) don’t parse the Bible daily, are ok with fluid sexuality, which generally repressed “conservatives” can’t deal with – and use substances “conservatives” don’t (or don’t admit to using) and have different “values” generally.

But when it comes to power, they are both on the same page.

It’s said the most virulent forms of hatred are the result of projection; you deride that which most reminds you of what you hate about yourself.

“Conservatives” ought to think about that.

Why the Tea Party Will Fail…