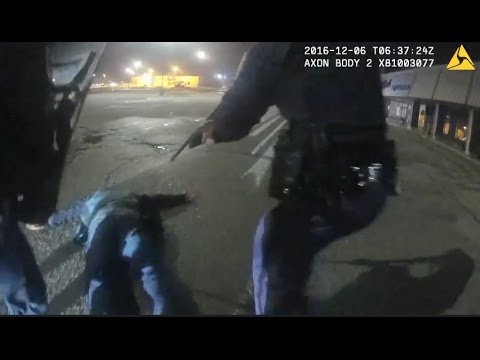 “He’s got a badge, Federal Bureau of; he’s an FBI agent.”

FBI Agent Ruben Manuel Hernandez got a little liquored up and decided he needed to get a workout in. At some point the Las Vegas based agent began suffering an attack of paranoia, brandishing his gun and talking incoherently. He then took it to the next level by firing off three shots at a Grand Rapids Police sergeant who responded to complaints from other people at the gym.

All three bullets missed their target. Also, once that alcohol fuel wore off, Agent Hernandez immediately expressed how shocked he was about the whole thing.

A Las Vegas-based FBI special agent, in town on an undisclosed investigation, felt intense paranoia before he drew a gun at a fitness center then shot at a responding Grand Rapids police sergeant, his attorney said.

Willey spoke Wednesday after his client, a married father of two, was arraigned in Grand Rapids District Court on charges of assault with intent to commit great bodily harm, a 10-year felony, and assault with a dangerous weapon, a four-year felony.

He also faces a 90-day misdemeanor for brandishing a firearm.

Police say Hernandez brandished a firearm at Planet Fitness, 3681 28th St. SE, before he fired three shots outside at Sgt. Neil Gomez, who was responding to a call there.

The shots missed Gomez. Police then arrested Hernandez at gunpoint.

His attorney said the allegations – “atypical,” he said – shocked Hernandez’s family and friends, including his FBI colleagues. Willey just met his client but said after hearing from those who know him best, he found that “he’s a really good guy.”

Alcohol “may have played a role in the series of events” but Willey said his client has not previously suffered from alcohol or substance abuse.

“This is an episodic thing (with alcohol) rather than a regular problem,” Willey said.

He said his client has no known mental-health issues. Willey expected to investigate that possibility as he would for any client facing such serious allegations.

For whatever reason, Hernandez felt paranoid before the shooting. He thought people were going after him.

“I’m not saying that in fact happened. That’s what he believed,” Willey said.