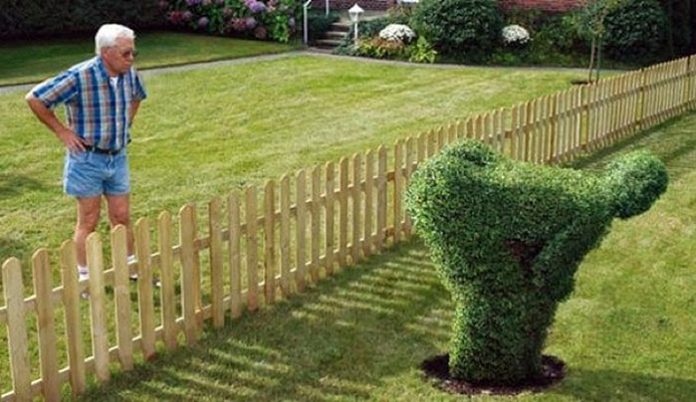 The other day, I didn’t call the government for ”help” dealing with an annoying neighbor.

The cur just imbecilically barks, barks barks. Sometimes, all night long. Even from a couple hundred yards away, the dog’s high-pitched mindless yapping penetrates the walls of my house.

What’s a Libertarian to do?

I didn’t call the government. Calling the government is like going to the local don with a problem. Maybe he will “help” you. But not for free. You now owe the don. Either cash money or a favor, or obedience.

You are also beholden to the don – in perpetuity. This is a far worse thing than whatever the original problem was that you came to him for “help” with.

And you have legimitated the don. 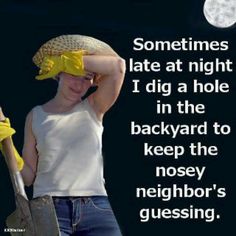 Whatever happens going forward, it was you who sought him out. The don will never forget this. Neither will the government.

Never, ever call the government.

It only encourages them.

So what did I do?

I did the same thing I did a few years back when this same neighbor’s teenaged kid began playing loud rap music into the night. First I tried just asking the kid’s parents about it – making them aware (in a friendly, non-confrontational way) that while maybe they didn’t realize it, the sound carried all the way over to my place and could they please turn it down?

If they’re not assholes or idiots, this approach often bears fruit.

But it entails actually talking to your neighbors, which is something many people are reluctant to do. This is understandable. You never know… they might be belligerent and even dangerous.

But the government is always dangerous. 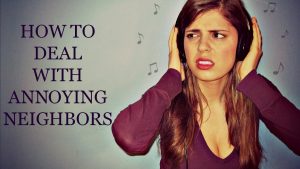 Also: Siccing the cops on the neighbors will create an insuperable wall of hate between you and them, forever. And at the first opportunity, they will sic the cops on you. They will be looking for excuse to do so. It’ll be tit for tat, for as long as you both are neighbors. You’ll avoid eye contact, feel weird about going outside when they are outside. Etc.

So, try approaching the neighbors first, in a neighborly way. Attempt to reason with them. It often works. And if you prefer not to do it in person, leave them a note. A signed one. Don’t be a wimp. No one respects a wimp. Be respectful and write your note on the assumption that the neighbor is unaware of the problem and isn’t being deliberately obnoxious.

This is usually the case.

And, usually, a respectful approach not only solves the problem but establishes some rapport between you and them. You now know one another – and people who know one another on friendly terms usually try to not cause problems for one another. You may even come to be friends. You’ll help one another because you want to – no strings attached.

The government hates this. Peaceful co-existence, mutual assistance, voluntarily given. People resolving their differences without the “help” of the government, always with strings attached.

Of course, sometimes people are not reasonable. Or maybe just dumb. What to do then?

I have found a dose of their own medicine often cures the patient.

When the neighbor kid’s rap music continued to play even after I had a conversation with the kid’s parents and they had agreed to tamp it down, I decided to respond with some “music” of my own. At close to 11 at night – the bass from the kid’s rap reverberating inside my house – put on some clothes, went to my shed and rolled out my diesel tractor.

It has a beat all its own.

I drove the tractor to the edge of my property, as close to the neighbor’s as possible, turned up the throttle and let her sing. I was prepared to let her do so all night long, but this proved unnecessary. The rap stopped within a few minutes – so I stopped the tractor.

I applied the same medicine in the case of the yipping-all-night dog. Not with the tractor. With my own barking. I imitated the dog for maybe 5 minutes before they took him inside.

Maybe. But not as crazy as calling the government for “help”! 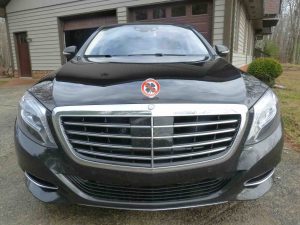