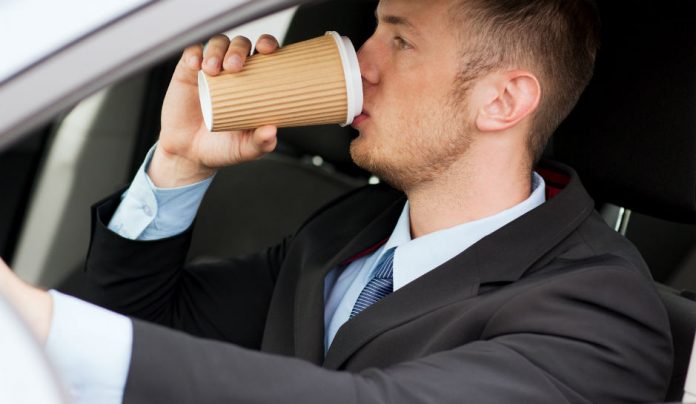 An interesting case out of California (of course) has a man being prosecuted for “driving under the influence”… of caffeine.

Joseph Schwab was pulled over by a California cop – an Alcoholic Beverage Control cop – who accused him of cutting her off and driving “erratically.” Like a dentist in search of cavities to help him cover the cost of his new boat, the ABC cop was determined to pin some kind of DUI charge on Schwab, even after he took and passed a Breathalzyer test that measured (cue Dean Wormer from Animal House voice) zero point zero alcohol in his system.

So she carted him off to the clink where his blood was drawn (no doubt against his will; the Fifth Amendment being as null as the Fourth) to test for other “drugs.”

Caffeine was (eventually, after a second lab test) discovered.

Voila – Smith was charged with driving under the influence of a “drug” (which caffeine is, of course) just as if he’d been boozing it up – or toking it up. He faces the usual huge lawyer bills, license suspension and general tarring and feathering. It is entirely possible he may be required, as part of his eventual sentence (assuming a conviction) to attend mandatory “drug abuse” counseling sessions.

Schwab’s lawyer, Stacey Barrett, says it may end up before a jury. Your tax dollars at work. 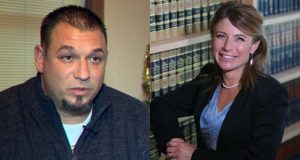 The case tells us a lot about the vengefulness of the state and its minions – as well as something about what may be in store for us with regard to driving under the “influence” of… pretty much anything.

First, there is this ABC cop.

This is speculation, but it is probable she was not happy when the Breathalyzler registered zero and no “illegal substances” were discovered in Schwab’s blood. You have probably heard the saying:  When you are a hammer, everything looks like a nail. And when you are a vengeful hammer…

Schwab’s real crime was Contempt of Cop. This offense is not on the books, of course, but it carries weighty consequences.

He “cut off” the ABC harpie. 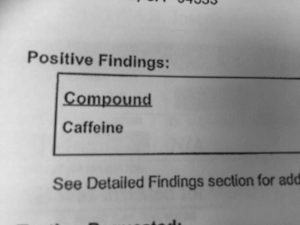 She will show him who’s boss.

A mere traffic ticket won’t do the trick. But a major misdemeanor – one that carries with it the possibility of jail time as well as license suspension and years of exorbitantly expensive insurance premiums, based on a conviction for “DUI”… One can almost see this cop poring through the statute book to find something … anything.

The statute book obliged. Under CA law – and the law in many states – any “substance” that could impair a person’s driving qualifies.

How many people regularly take meds that could impair their driving? Note the italics. Could. Not necessarily did.

This low legal threshold is enough to charge most of us of with “DUI” at almost any time.

How about tryptophan? You know, the stuff that’s in turkey that makes you feel glad (and tired) after eating a plateful?

Tryptophan isn’t illegal – but then, neither is caffeine. Both, however, are “substances” that could affect your driving… in theory.

And caffeine is found in more than just coffee. It is in soda and chocolate, too.

How many M&Ms do we dare eat before driving? 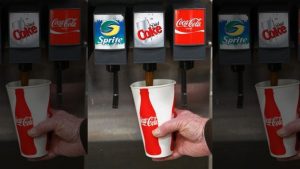 And there’s part of the rub: There is no precise/scientific measure of “impairment,” whether by alcohol or any other “substance.” And it is not necessary to establish that a person’s driving was impaired.

Instead, an arbitrary standard – such as “.08 BAC”-  is enough to convict a person of “drunk” driving, regardless of their actual driving.

Or, no standard at all – as in the case of Schwab. There is no legal threshold defining the amount of caffeine in one’s system that constitutes “impairment.” Merely to have measurable traces of this “substance” was apparently enough to cuff and stuff Schwab. And may ultimately prove to be sufficient to convict him. 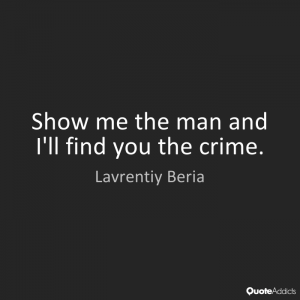 A driver under the age of 21 who is found to have any traces whatsoever of alcohol in their system – even if nowhere close to the Blood Alcohol Content (BAC) threshold necessary to arrest and convict an adult – can be arrested and convicted for “drunk” driving. In theory (and probably in fact), the trace amounts of alcohol in cough syrup would be sufficient. And even if the under-21 driver hasn’t got any alcohol in them, under Zero Tolerance laws in most states, an “open” container in the car is enough to charge that person with “drunk” driving.

It all sounds crazy, but there’s a purpose behind this. It is to criminalize everyone for anything. To make it impossible for us to escape a cop – and the system – once it decides to focus attention on us. In order to keep us all in a state of perpetual fear, the necessary prerequisite to subservience. The IRS used to be the main practitioner of this art, but the various other appendages of the government have caught on. If they can’t get you for this, they’ll get you for that. The point being, they’ll get you. Remember your Beria… .

There is no other sane explanation.

The system is either going looney – or it knows exactly what it’s doing.