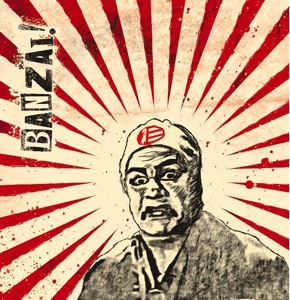 You can almost hear the scream of the engine as the plane dives toward the flight deck in a vertical death dive… Banzai!

Mitsubishi’s operating profit was undercut by falling sales in every market except Japan, where volume only inched ahead, and North America, where sales remained flat from the year before.

Ikeya said Mitsubishi is already adopting some streamlined management strategies from its new alliance partner, which contributed positively to the third-quarter earnings.

Mitsubishi’s North American business slid to a 7.3 billion yen ($62.5 million) operating loss in the fiscal third quarter, from a 2.9 billion yen ($24.8 million) operating profit the year before. Regional volume stood unchanged at 32,000 vehicles in the three months, while U.S. sales dipped to 22,000 units, from 23,000 a year earlier. North America is Mitsubishi’s second-smallest market, after the home market of Japan.

Ikeya said Mitsubishi is still grappling with the uncertainty of trade and tax policy changers under new U.S. President Donald Trump. But Mitsubishi has no plans to withdraw from the market, he said. Instead, it plans to increase sales there.

“The Trump administration’s policy is a difficult issue,” Ikeya said. “We are trying to increase our top-line in the Nissan Group, and the U.S. is a very important market. So we will consider various ways to make a recovery there.”

Changing Oil Too Soon – or Too Late?