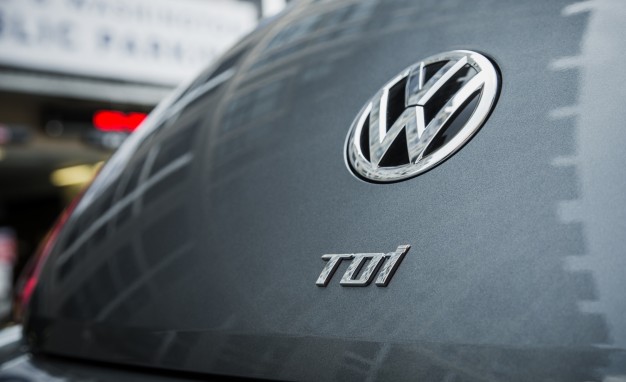 After Winston had been taught to love Big Brother, you could find him sipping Victory Gin at the Chestnut Tree Cafe.

VW’s “cheating” diesels – now approved by Big Brother – can now be found available for sale at your local VW store.

But like Winston, they are not quite the same anymore. 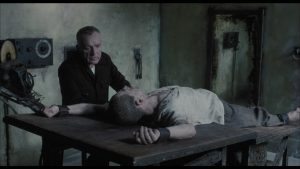 And now you may buy one.

The question is – should you?

On the one hand, the deals are apt to be very good. Dented cans always sell for less. And these are two-year-old dented cans, even if the odometers read zero and the plastic’s still on the seats.

But even if you don’t take into consideration the “fixing,” it’s a two-year-old car (in the case of the 2015s) and the prices ought to reflect that. Figure at least 20 percent off the original MSRP – plus probably another 10 percent to take into account the extra measure of depreciation inflicted by the taint of scandal.

It is very possible you’ll be able to purchase a brand-new 2015 TDI-powered VW for a bit more than half what it cost new. 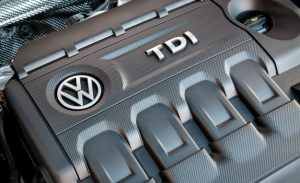 That means both reprogramming a-la-Winston, to be “cleaner” (There are five fingers there . . . do you see five fingers?) as well as mechanical  alterations, which are permanent. You may not want to drive a “fixed” VW, no matter how attractively priced.

It will have to.

VW “cheated” because it was not possible to make the car Uncle-compliant and drive the way customers expected. This includes both performance and fuel economy. In particular, almost certainly, under wide open throttle. It is always a challenge to keep a car within Uncle’s Limits when the gas pedal goes to the floor. This is the moment when the most fuel is being burned and exhaust gas volume is highest.

The “fixed” VWs are probably less responsive; their power is likely down a bit, too. No, wait. Probably is too soft a word. It is almost certainly going to be the case that the “fixed” VWs will be down on performance and also not drive as snappily as before. If that weren’t necessary to achieve Uncle compliance, VW surely would have built them that way to begin with. 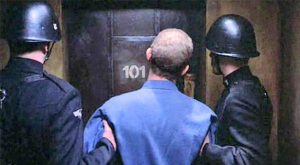 Fuel economy is apt to be lower as well. For just the same reason. If VW could have made them Uncle compliant and 45 MPG-capable, they would have.

Something had to give – and did.

One thing is certain:

Every “fixed” VW will have a Diesel Exhaust Fluid (DEF) circuit) added to its exhaust plumbing. VW was the last car company selling new diesel-powered cars to sell them without DEF injection – because it’s not possible (apparently) to meet Uncle’s approval without DEF injection. The fact that VW was still selling diesel-powered cars without DEF as recently as just a couple of years ago is probably one of the things that sicced the emissions control version of theThought Police on VW. They probably ought to have rigged the cars with dummy DEF systems.

Who would have known?

Anyhow, the fact is your “fixed” VW will have had a DEF system grafted in place. This is probably the biggest worry about buying such a car because the cars weren’t designed for them and adding them after the fact is not unlike adding air conditioning to a car not originally equipped with AC. It may work ok. But it may also not work ok, especially after a few years. And then you have a non-factory system, with weird plumbing and non-standard parts. 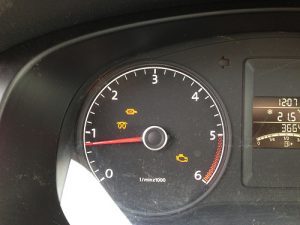 VW will no doubt have to warranty everything – but that doesn’t immunize you from the hassle, if the car suffers a malfunction.

Regardless, you’ll have to deal with the DEF tank and periodic top-offs. It’s not a huge hassle or expense, but it may be an additional hassle and expense you don’t want to deal with at all.

One thing to be aware of with regard to DEF injection and modern diesel-powered cars so equipped is that if the DEF system stops working, so does the car. The computer is programmed to prevent the engine from being re-started if the DEF tank is allowed to run dry or the system’s just not working.

Remember: The computer works for Uncle, not for you.

It might be a better bet – if you’re interested in a not-fixed VW diesel – to find and buy one on the private market, via classified ads.

The same way Winston used to go shopping at the antique store owned by Mr. Charrington. 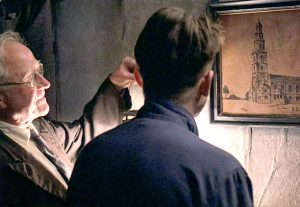 These VWs will perform as advertised – and they’ll deliver better than EPA-advertised fuel economy. Ask anyone who owns one. Or ask me. I’ve driven all of them and they are the only new cars I’ve test-driven in almost 30 years of test driving new cars that not only met but exceeded the window-sticker City/Highway mileage numbers. A not-fixed Jetta TDI will deliver 50-something MPG on the highway, nearly as good as a Prius hybrid but without the hybrid blech.

And – for now – you can still “get away” with owning and driving a not-fixed VW. The government hasn’t yet issued a fatwa ordering people to bring them in to be “fixed.” And they will still pass your local smog test, too – if you have to deal with that.

But you never know.

One day, you might wake up to find that Mr. Charrington is actually a colonel in the Thought Police  . . . and it’s off to Room 101 for you.