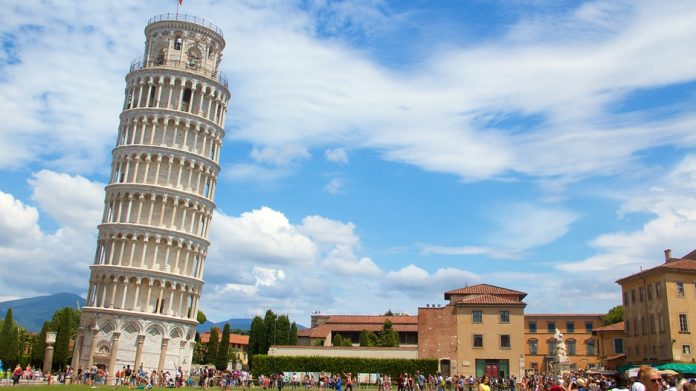 You don’t have to be an architect to know there’s something wrong with the Leaning Tower of Pisa  – which isn’t supposed to be leaning.

The same kind of troubleshooting can be applied to your car. It’s not necessary to be a mechanic to notice things that don’t look right – in time to call them to the attention of a mechanic – before something minor turns into something major.

I was texting with a friend about this the other day. 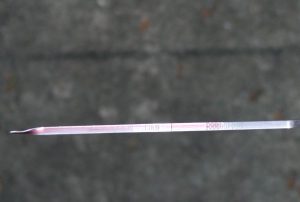 Low fluid suggests a leak, as transmissions (unlike engines, which burn a little engine oil as part of their normal operation) aren’t supposed to consume automatic transmission fluid (ATF) and should not require periodic topping off. The level on the dipstick should remain at the same level – Full – consistently.

If yours ever reads low, it’s a good bet there’s a leaky seal somewhere that is bound to get worse. And more than a mess is at issue. You could croak the transmission – huge expense – over a relatively minor leak that could have been fixed for probably not much. Automatic transmissions are very sensitive to low fluid levels; major damage can occur very quickly. And you might not get the slightest warning before it’s Too Late because many cars do not have a warning light or buzzer to let you know the ATF level’s low. Which is why it is important to check it manually, once a month – at least.

And right now, if you ever notice a red-orange drip or puddle underneath the car.

Speaking of its color…

The ATF should be a cherry-red, orange (sometimes, blue) color – depending on the brand. It should never be black or brown. If it is – and it’s a used car you’re looking at and you haven’t bought it yet – don’t. If it’s your car, prepare for an expensive transmission rebuild.

Black/brown fluid – which will often smell burned, too – is cooked fluid, not just dirty fluid. It indicates the transmission overheated – and that is death to automatics. Even if it’s only brief overheating. Automatics are hugely sensitive to this – much more so than an engine.

It may be an issue with the cooling lines or some other thing. But something big isn’t right, unfortunately. Prepare to dig deep.

A car should also sit right – and not lean, like the Tower of Pisa. 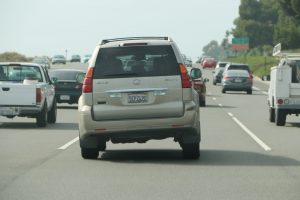 You have probably found yourself driving behind a car that does lean. It tilts to the left – or the right. Or it sags in back (possibly, just because it’s overloaded). This sort of thing is obvious to other drivers – not so much to the person driving the listing car.

Who could be you.

Leaning/sagging can be due to relatively minor and easily fixable things such as a bad shock/strut or (fingers-crossed-it’s-not) something major and very expensive to fix like a bad adjustable/air suspension or (even worse) structural damage to the vehicle’s chassis due to an accident or rust.

Take the prospect to a flat and empty parking lot where you can park, get out, and look at the car from all angles from about 20 yards away. It should sit level.

It’s not a bad idea to have a friend drive your car and you follow him in another. You’ll get a view of your car from the outside and while it’s moving – which is a view you probably only rarely get to see. In addition to looking for levelness, you will want to have a look at the wheels/tires – and make sure they line up true, front-to-year. If the car looks like it’s stagger-stepping to one side… well, you’ve got a problem. 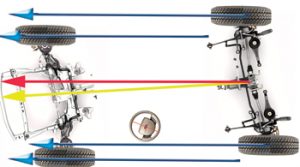 If it’s a used car you’re looking at, it is critical to both your wallet and your safety to do all this before you commit to buying the thing so as to not inherit someone else’s Big Money Troubles.

Some other things often can’t be seen but are important to verify. 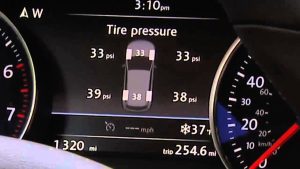 Yes, it’s true most new cars have tire pressure monitors. They work like the government that mandated them: Sometimes – and often, not well.

Do not rely on them exclusively.

I test-drive brand new cars with brand new tires (and brand-new tire pressure monitors) and have found that the digital dashboard pressure readings are sometimes off by several pounds. There is still no substitute for manually verifying tire pressure using a stick gauge. Especially if your car has short sidewall “sport” tires, which can look full but may be almost flat. This has happened to me, with a brand-new press car. And a sporty car with sport tires – one or more of them low, but you don’t know it – can be a Weird and Dangerous car to drive. 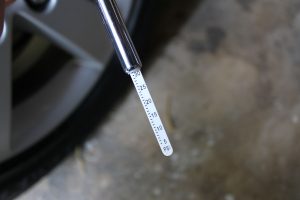 If this can happen in a brand-new car press car, it is certainly possible in your not new car that maybe has 89,000 miles on it.

Remember what Reagan said about the Russkies? Trust – but verify. It’s the same with tire pressure. It’s smart policy to break out the stick once a month. No matter what the government-mandated digital display says.

Reader Question: Is it That Bad?