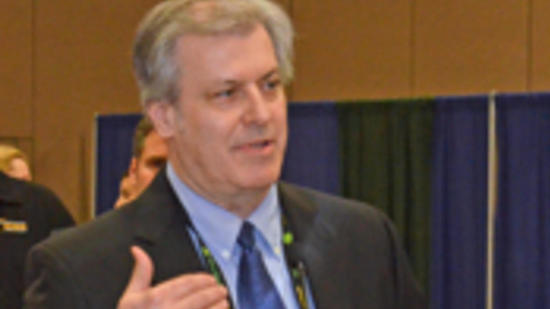 Late last week, it was revealed who squealed.

The Clover responsible for making it impossible for any of us to buy a diesel-powered Volkswagen henceforth – and a lot more – is Stuart Johnson, the former head of VW’s Engineering and Environmental Office in Auburn Hills, Michigan. He was outed in a book written about the VW “cheating” business by New York Times reporter Jack Ewing.

Johnson, of course, is about to get everything short of a ticker-tape parade. A bust of him will likely be cast and placed in the Hall of Mirrors – or whatever the equivalent is in the foyer of the EPA. He is already being lionized in the Usual Corners as a “hero” (that term, along with “community,” has worn out its welcome and ought to be etymologically euthanized). 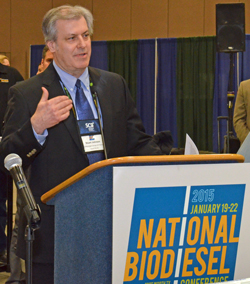 You’d think he did something good. I suppose this depends on your perspective.

If you are a government bureaucrat then Johnson is your kind of guy. The sort who is pained by the idea of any action contrary to regulation or edict. Who feels guilty when – as here – a business attempts to get around a ridiculous edict or absurd regulation.

Which are never perceived as ridiculous or absurd by people like Johnson because they come from the government, are “the law” and therefore must not merely obeyed but reverenced. Visualize the ritual triple curtsey before The Presence of the king. . . .

Such people are the new people in American business, popped out of their molds after 12 years in care of government molding centers, then sent – the smarter ones – for higher technical training. But never training in how to think conceptually, beyond the narrow range of their specialty, such as engineering. And then off to work either for the government or on its behalf in the increasingly not-private sector of the economy. Which has become – operationally speaking – a kind of adjunct or subsidiary operation of the government.

They are fully compliant – not just in letter, but in mind.

Consider this Johnson character. Being an engineer, he had to know that the “cheating” performed by VW was fundamentally the same thing as using a radar detector to avoid a speed trap. Just as the “speeding” driver causes no harm and is only guilty of using a device to dodge a con, so also VW’s only crime was to use a device – software – to dodge another con.

Of course, Johnson is probably the kind of guy who objects to the use of radar detectors.

Remember the children’s story about the Emperor’s New Clothes – which didn’t exist? The Emperor was a fool, suckered by a con man, who sold him a fine new outfit made of materials that no one could see but everyone pretended to – out of fear of affronting the duped Emperor.

The media, most of the automotive press (except your humble off-the-reservation narrator) and of course the EPA/CARB/DOJ ayatollahs ululating in ecstasy over Johnson’s squealing  . . . have any of them produced anything that can be seen, felt, handled as far as demonstrating or even tending to suggest some tangible, actual harm caused by VW’s “cheating”?

That is, other than harm caused by the alphabet agencies to VW – and to us?

That can be quantified.

The complete elimination of all diesel-powered engines from VW’s U.S. model lineup.

The needless burning of oceans of gasoline instead.

VWs like the Golf and Beetle and Jetta sedan with the TDI diesel engine were capable of better than 50 MPG on the highway. I have driven all of them and know it from first-hand experience.

The best any of them can do with a gas-burning engine is mid-high 30s.

Instead of incredibly fuel-efficient but fraction of a percent per car higher oxides of nitrogen emissions (the “cheating” at issue – and this only under certain conditions, such as wide-open throttle) clean diesel engines, we get thirsty gas engines that burn 20 percent – whole numbers! – more fuel and produce whole numbers more of things like carbon dioxide, which in this case, the “environmentalists” are strikingly not “concerned” about.

Other manufacturers – Mercedes-Benz, for instance – are pulling diesels out of their lineups, not because they “cheated” but because the compliance costs have become prohibitive and also because the manufactured stink emanating from the VW Thing has tainted diesel engines generally. 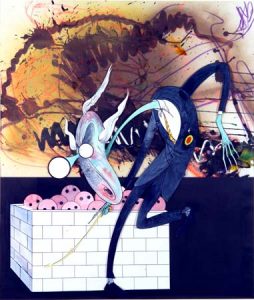 We ought to feel cheated.

But few care – and many cheer. One can almost picture the Party orator at the lectern, fist raised, shrieking about the atrocities committed by Goldstein. It will come to that, soon enough. Because the people in the crowd were popped out of the same mold as Johnson.

They, too, are fully compliant.