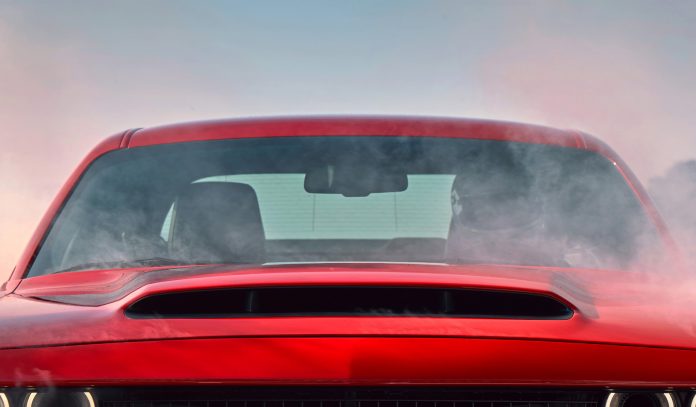 Really, it’s surprising it took them so long.

But it is much more surprising that automotive journalists are leading the chorus ululating for the outlawing of the Dodge Demon muscle car. The automotive journalists at Automotive News – which is (or was) to the car world what The New York Times once was to the news-gathering world, cree that the Demon is “inherently dangerous to the common safety of motorists” and demand that it be “kept off our roads.” See here.

This is not much different than discovering an editorial in the morning paper written by Bernie Sanders arguing that the IRS should be abolished. When did automotive journalists morph into Safety Nags? And when did our roads become their roads?

The Demon – a hot-rodded version of the already very hot-rodded Hellcat Challenger – is indeed very powerful. And very quick. And so? There are many such. There are motorcycles that are quicker.

Shall these also be “kept off our roads”? If not, why?

Automotive News says the mephitic Dodge “spits on” the industry’s goal of improving safety. That it “knowingly places motorists in danger.”

The Demon meets every EPA and DOT fatwa. It has catalytic converters and air bags. It has passed all the required crash tests. It is safe – by the government’s own standards. And it is 100 percent legal, according to the letter of the law.

What more do they expect? 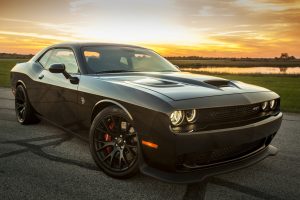 Quoting the odious Ralph Nader – the non-engineer (and non-driver) who lied about the Corvair he never drove – the Demon is “unsafe at any speed.”

The Demon is safer than the average new car. It is based on the Charger – which is a large, heavy and very solidly built sedan. It has the same high crash test scores and is objectively safer to be inside of than the compact-sized joykills that Nader and his new friends at Automotive News appear to favor.

If the standard is “too much” power or “too much performance,” then at least two thirds of all the cars currently in production must be outlawed and Kept off Our Roads forthwith. A new Toyota Camry or Honda Accord is quicker and faster than most Ferraris made during the ‘80s. The humblest Hyundai is capable of 100-plus MPH road speeds – far faster than the fastest legally allowable speeds.

Who needs that sort of power/performance?

Any 1,000 cc sport bike is as quick as the Demon – and this has been true for at least the past ten years. Why no saaaaaaaaaaaaaaaaaaaaaafety keening about them? Probably because the automotive journalists at Automotive News can barely drive and forget riding. (I happen to know this to be the case. Their lack of outrage about the performance capabilities of motorcycles is a an act of omission; they simply don’t know much about bikes and so it has escaped their notice that they are exceedingly quick. Demon quick, in fact.)

There’s another angle to this business, too.

It is a disgusting elitism. 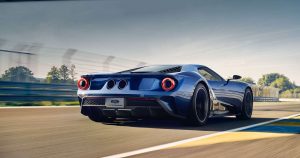 Not the ok Jeffersonian kind that springs from merit and hard work and isn’t enforced by government fatwa. What leaks from the beaks of the Automotive News birdies is acidic outrage that something like the Demon is going to be available to the masses. That an electrician might somehow get his hands on one.

How else to explain the lack of keening outrage over, for instance, the Bugatti Veyron? It is much more demonic than the Demon – which only has 840 hp vs. the Bugatti’s 1,100-plus horsepower (not a typo). Also, the Bugatti is much, much faster. It is capable of reaching speeds in excess of 240 MPH (again, not a typo).

And it has been available for several years. To the sounds of silence.

Ah, but only to those who can afford to spend about half a million dollars on one – and who are first approved by Bugatti to be worthy of owning one. Not just any old person can buy one – even if they can afford one. 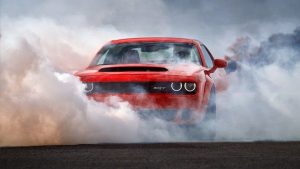 The same is true of other Demon-esque supercars. The Ford GT, for instance. It is literally a street-legal race car, just like the Demon. Which is what the Automotive News creeps claim they object to. Except they do not object to this car. Which is also capable of 200-plus MPH speeds and is silly powerful. But like the Bugatti, the Ford GT costs a quarter-mil and you can’t buy one even if you have the money unless Ford first first deigns to sell you one.

This keeps the sans culottes at bay.

The Demon, on the other hand, will cost under $100k, probably. People like you and I could possibly afford one. It might take scrimping, it might take a loan. But it is doable. The purchase of a Bugatti Veyron or a Ford GT is not.

And that is what the automotive journalists at Automotive News do not like, even if they haven’t got the self-awareness to notice it.

Which Brand of Taxi Do You Prefer?