The slippery slope argument gets mocked a lot – but here’s another case that proves the point:

Utah has just done what thinking brains knew was inevitably coming. The state government has nearly halved the legal threshold defining what risibly continues to be called “drunk” driving (see here) from the iffy .08 BAC (Blood Alcohol Content) to the downright ridiculous .05 BAC.

This is a level that many people reach after as few as two – or fewer – drinks. One is enough, in some cases, to risk a “bust.”

Thus, Utah’s fatwa – and that is the right word, as this business comes out of religion – Mormonism – which would outlaw all drinking, period, if it had the power to do so – is a hop-skip away from outlawing any drinking prior to driving. Because with a threshold that low and Breathalyzer machines so notoriously inaccurate, the margin for error is much too close for comfort. To have even a single beer or glass of wine with dinner is to risk being arrested and caged for “drunk” driving.

Some, of course, will agree that any alcohol consumption prior to driving is “dangerous” and that prohibition, period, is a good thing.

But that is a far hop from “drunk” driving – a hysterical, over-the-top characterization. It is also a mere opinion – a moralizing and meretricious one – not supported by any facts. 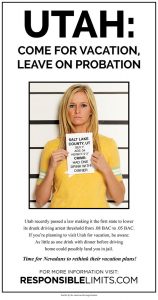 The legislation’s author, a Mormon Republican and graduate of the Mormon college, Brigham Young University, is a guy named Norm Thurston. He piously assures us that “the public safety impact of this is so compelling that it’s worth doing.”

There is no evidence at all that people are “drunk” or even meaningfully impaired at the .05 BAC level. It is an outrageous, religious effort to mask religious proscription as a public safety issue.

But it is also nothing new, really.

It is critical to understand that it isn’t necessary – in Utah or anywhere else in the Homeland – to establish that a person’s driving is impaired by alcohol to convict him of “drunk” driving. Even under the soon-to-be-old .08 BAC standard. It is enough to establish that the accused has a BAC of .08 – or .05 or whatever arbitrary number is selected. For those under the age of 21 – not legal age to drink but old enough to be held fully legally accountable for any crime they commit – it is zero BAC. Any trace of alcohol – and you are guilty of “drunk” driving.

One’s actual driving, in all cases, being 100 percent legally irrelevant. 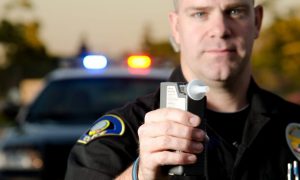 The arresting cop might admit under cross-examination, that the accused’s handling of his car was faultless. No wandering or weaving; no erratic anything. That he had no reason to suspect him of not being in full possession of his faculties or question whether he was in complete control of his vehicle.

The victim – whoops, “drunk” driver – simply had the bad luck to roll up on a Fourth Amendment Free Zone. That is, a random/dragnet checkpoint at which every driver must submit to a search/interrogation and testing, absent any individualized suspicion or other probable cause.

The cop can then demand – under a loathsome piece of totalitarian doublespeak called implied consent – that the driver submit to a breath test upon command. To self-incriminate. He must prove his innocence, rather than the cop (and later, the prosecutor) having to prove guilt.

And he must comply – or else (in most states) face immediate arrest and forfeiture of his driver’s license as the punishment for declining to consent to provide evidence that can and will be used against him in court. 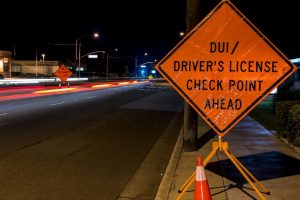 Before .08, it was generally necessary to have some evidence of impairment before – key thing! – a cop had the legal authority – probable cause – to pull a specific individual over. The fact of erratic driving having been established, the next step was to establish why.

Note the horse before cart arrangement.

Since .08 became the national standard – and the Fourth and Fifth Amendments got thrown in the Woods – the cart has been placed foursquare in front of the horse.

Now comes Utah to take away the horse and maybe soon the cart, too.

Point-oh-eight as a universal standard was hugely questionable on scientific grounds. People vary in both their abilities behind the wheel and their ability to process alcohol. It is a fact that some people with a zero-point-zero BAC are far less able as drivers than other people with point-zero-five or even point-zero-eight. 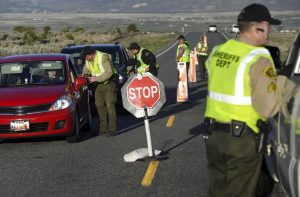 It is hugely politically incorrect to even broach this topic. But the fact remains.

Which is why .08 had to be implemented using random checkpoints without any pretense of individualized suspicion. To stop using a person’s actual driving as the measure of their impairment.

The object of the exercise has become convicting as many people as possible of “drunk” driving – notwithstanding that they aren’t “drunk” (except perhaps by hard-core Baptist and Mormon standards, for whom a whiff of cough syrup is sufficient) and their driving can’t be faulted.

So, erect random checkpoints and “bust” people not on account of their driving but only because they happen to have “x” BAC – the number deliberately dumbed-down and under-posted, very much as speed limits are and for exactly the same reasons.

Which are, of course, to give the government the flimsiest of reasons to “bust” as many victims as possible in order to both extract as much money as possible and to instill in them a servile fear of The Law. Turn everyone into a “drunk” driver. Just as almost everyone who is driving is also a “speeder.” 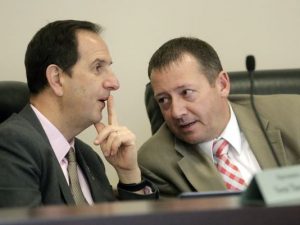 The Utah decree doubles down on this and be advised – it’s not just Utah.

Or soon won’t be.

Some history: It was Utah that first enacted the .08 BAC standard. They did it because of the Mormon aversion to drink – period. But other states – and the Feds – soon realized what a cash (and control) cow the .08 standard could be potentially be for them and – shazam! – the whole country adopted .08 as the universal standard.

Can it be doubted that the same forces of ka-ching! (and clink) are as operative as ever? That “mothers” (read: very well-paid full-time agitators who work hand in hand with the government and insurance mafia) will demand the new .05 standard?

For “safety” and “the children”?

Actually, for the money and the power. It has always been thus, but it’s getting worse. A farce, except one with teeth.