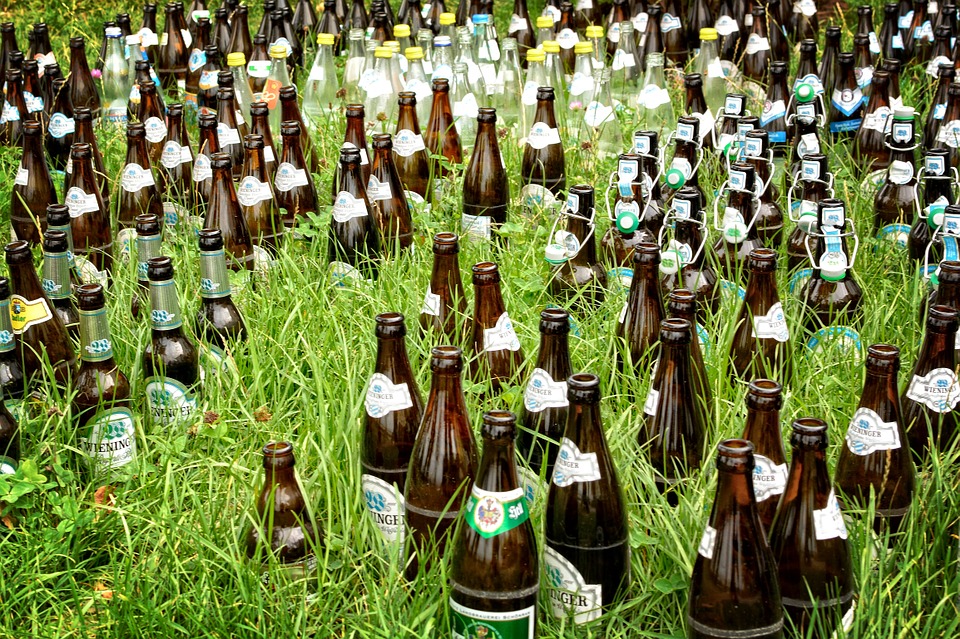 Uncle has turned me into a litterbug. 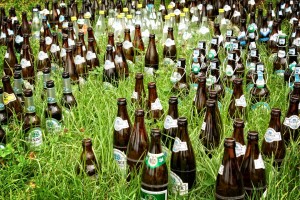 I’ve chucked empty beer bottles out the window. I do not like doing this. I feel guilty about doing this. I never used to do this.

Because having an “open container” – or an empty one – in one’s car invites severe (and for me, a car journalist, life-altering) consequences. If one happens to be pulled over by a cop for any random reason (seatbelt “violation,” “speeding,” an out-of-date sticker) and he sees an “open” or “empty” in the car, you are in serious trouble.

Even if the “empty” has been empty for weeks.

Even if all you’ve had is a sip – and your BAC level is nowhere near the legal limit defining “drunk” driving. 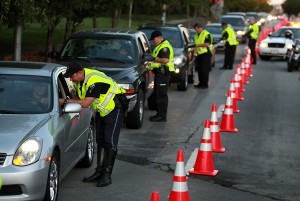 You still face the possibility of being charged with “drinking while driving” or “driving under the influence” – whatever the verbiage –  and are subject to arrest and prosecution just as you would be if you “blew” a .08 or more on the Breathalyzer (see here for an interesting legal explanation/analysis) machine.

Not being “drunk” isn’t a defense.

All that’s required to establish your “guilt” is the presence in the car of the open/empty container – even if it’s not yours. Even if you didn’t have so much as a sip.

You are presumed guilty of drinking while driving by dint of the presence of the container and it being opened or empty.

This is not unlike characterizing an 18-year-old as a “sex offender” because he had relations with his 17-year-old girlfriend.

Sober drivers are subject to being arrested and convicted and their lives ruined for what amounts to the same offense – in terms of what will happen to them – as drivers whose BAC levels are at or beyond the legal threshold defining them as “drunk.”

Even though theirs aren’t.

Hence the motivation to throw any empties out the window. 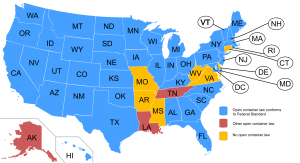 Littering is a small bust.

Clovers (see here) will sniff that people simply ought not to drink alcohol while driving, ever, regardless of the amount. But the presence of a bottle in the car does not establish that the driver has been drinking. Only that someone did. At some point. Maybe a long time ago.

But even if the driver was drinking, so what?

It’s ok – legal – for me to drive after having a meal with a beer to wash it down. I could walk up to a cop, tell him I am going over to that restaurant across the street to have a steak and plan to have a beer with that steak. And then drive home. The cop – if he is a vengeful dick – could perhaps pull me over to “check” whether I’ve had more than one beer, but provided my BAC level is under the limit, provided he cannot fault my driving, he can do nothing to me, legally speaking.

Why should it matter whether I drink the same beer on the way home?

My BAC will be about the same – well within the lawful range, either way.

And if that BAC isn’t at the “drunk driving” threshold (.08) what’s the problem? 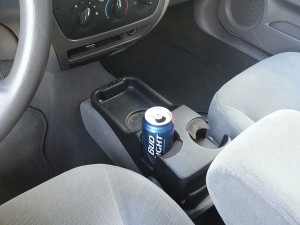 Especially if it’s well below the threshold.

Open container or not.

Clovers equate the presence of any alcohol whatever in one’s system with “drunk” driving – and are positively itching to imprison people for this “offense.” But they know it’s not – yet – politically palatable to cage people for having even trace amounts of alcohol in their systems, so they don’t say this openly.

Instead, they shriek about “open containers.”

But isn’t it the same thing?

Open container laws are in force in almost every state – egged on by Uncle, who uses the bully stick of withholding federal highway monies  – to cage people who aren’t “drunk” (or even close to it) according to any of the current standards (BAC levels, roadside gymnastic exercises) by which “impairment” is measured; who have nil or practically nil BAC levels.

Who don’t even have to have been drinking to get convicted of drinking.

They merely had an open container in the car. 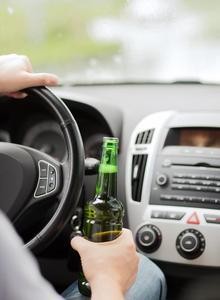 Doesn’t matter whether they had just as sip. Five minutes ago – or five weeks ago.

Or not at all.

Just that it is open. Or that it once contained alcohol.

In other words, mere possession of the open alcohol container is the thing. This is what presumes impairment – even if the driver isn’t and the usual tests reveal him to be well within the law.

The “open container” thing is simply a tactical tacit step toward outright Prohibition. That’s the end goal. The eventual criminalization of alcohol consumption in any amount within the nimbus of the operation of a motor vehicle.

This objective has been openly stated by the uber Clovers at Mothers Against Drunk Driving (MADD). And they have succeeded with regard to drivers under the age of 21. It is already “zero tolerance” for them.

Eventually, for us, too.

Some may see this as a good thing, the usual mantras about “safety” wafting through the air. But we’re far from safe when the state can convict you of “drinking” while driving even when you haven’t been – and can convict you of being a “drunk” when all you’ve had is a drink.

Or even just a sip.