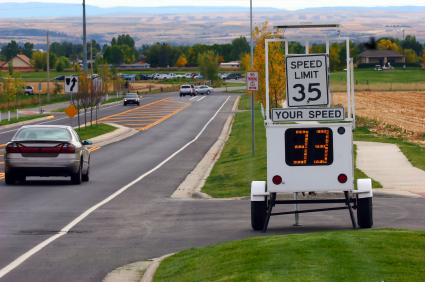 Speeding, like exercise, is good for you. It is lack of motion in both cases that ends up causing problems.

This is no joke.

First of all, “speeding” does not mean driving excessively fast. That is the shibboleth, the cliche, the tired and formulaic claptrap used to justify the roadside ritual of mulcting drivers almost at will – because nearly every driver “speeds” at least a little bit every time he goes for a drive. That is to say, he drives in excess of the posted speed limit – which is always set to ensure exactly that.

Fish in a barrel. 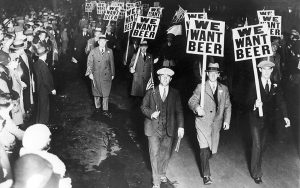 It’s odd that this fact – obvious to all – largely goes by without any raising of hands, if not pitchforks.

Think of other laws that have turned more than half of the population into technical criminals or at least scofflaws. The 18th Amendment is an obvious example. From 1920-1933, it was illegal to drink alcohol in any amount in any state. That was the law. But most of the country ignored this prohibition for the obvious reason that it was ridiculous and outrageous.

They became outlaws, but of a commendable sort. The Bad Guys became the Good Guys – and the reverse, too. Those enforcing Prohibition were generally regarded as dicks.

Just as speed cops (and drug cops, another rant) are today. 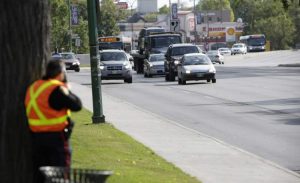 In the 1920s, there were speakeasies; today, we flash our lights at other cars to warn the drivers of a speed trap down the road. No one warns a burglar that the house he’s casing has a security system. Why is Smokey and the Bandit one of the highest-grossing films ever made?

Having a drink no more corresponds to drunkenness than “speeding” amounts to driving excessively fast. Which is why everyone instinctively flouts speed laws and – as with flouting Prohibition – feels no moral shame for having done so.

This incidentally is particularly the case with regard to cops.

Who, just like the Prohibition-era “prohees” – the government goons who were sent out to “bust” underground saloons – are the most likely to offend against these absurd statutes because they are more aware than most ordinary people how absurd they are and of course, they have the freedom to flout them with impunity.

They know that “speeding” doesn’t kill nearly as effectively as being asleep at the wheel – which is exactly what obeying speed limits fosters. 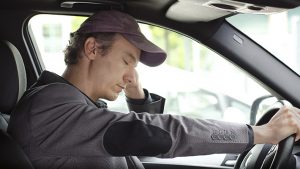 It is boring to drive the speed limit. You might as well take an Ambien. The results are the same – and entirely predictable.

Especially in any car built during the past 30 years. Because speed limits are not merely under-posted, they are anachronisms. Unlike almost everything else around us, which has been on a fast-forward track since the dawn of the computer era, speed limits are totems of another time.

We are supposed to be grateful for the fact that the 55 MPH highway maximum got repealed and most highway speed limits are now 70-75 MPH. But that is what they were back in the 1960s – when Ich bin ein Berliner and the typical car rode on a suspension not much advanced over farm machinery, with four-wheel drum brakes (no ABS) and bias-ply tires and no computers controlling anything.

There was no Lane Keep Assist, no Automatic Emergency Braking. The steering was overboosted and sloppy. It required paying attention to keep the car on the road.

Which people did, because there wasn’t much choice. This made driving not boring because driving required one to mind what was going on – particularly at speed. You were occupied by the task. People were better drivers in those days because one had to be.

More than 50 years down the road, speed limits on the highways are back to what they were circa 1969 and most limits on secondary roads are lower.

Ostensibly, this is for “safety.”

In fact, it erodes it.

Driving too slow is dangerous. 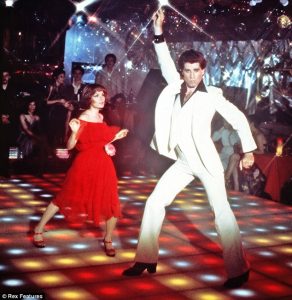 A bored driver’s attention wanders; he begins to space out. Or decides to send a text – or check email. Why not? The car – at this point – almost drives itself. At circa 1969 or less speeds, a modern car is as under-challenged as Stephen Hawking would be if you asked him to figure what two-plus-two equals.

The ridiculousness of the situation is that extreme.

But at least our time-travel Disco Dude won’t get hassled by cops.

Life in The Slow Lane (In a Fast Car)