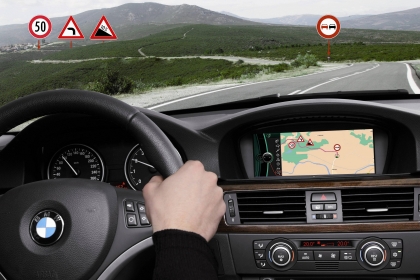 Every new car is infested with Little Brothers – in the form of code and programming that “corrects” outright or thwarts whatever it is you wanted to do.

It goes way beyond the Seat Belt Nanny.

Have you tried backing up a new car with the driver’s door cracked open? Several won’t allow it – refusing to engage Reverse until you close the door. You can try all day to move the shifter into Reverse – but programming controls whether the transmission will comply. It’s all drive-by-wire now, you see. So no direct, mechanical connection between the gear selector and the transmission. When you select a gear, you are merely asking the computer to engage Drive or Reverse – and the computer is the ultimate Decider, not you. 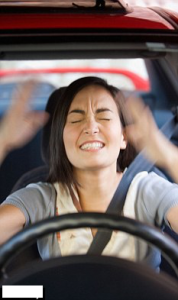 But why would you want to back the car up with the door open? Not that it is anyone’s business – certainly not an insolent computer’s – but that’s how people used to be taught to Reverse in close quarters, because you could see better. The curb, for example. Of course, this entailed some judgment and motor skills which are now lacking – and certainly not taught. Instead, people are taught to gape at a screen rather than actually look in the direction they’re backing the car up.

And if you try it the old school way, Little Brother will step in to “correct” you. The transmission shifts itself into Neutral and – in some cars – the electronic parking brake engages.

The computer-controlled “eBrake” is replacing the traditional driver-controlled pull-up emergency brake.  Unlike the pull-up brake controlled by the driver, which can be partially and gradually engaged as the driver likes, the eBrake is either all the way on – or all the way off – your role limited to pushing the button. 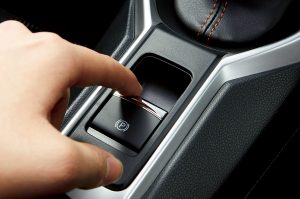 And sometimes, not even that.

In several new cars, the eBrake turns itself on, automatically – whenever the shift lever is moved to Park. Or when you try to Reverse with the door open a crack.

Automatic Stop/Start is another  “feature” I don’t think many of us actually asked for – but which is nonetheless becoming part of the new car standard equipment roster. It turns the engine off even though you prefer it to be running – one assumes, since you haven’t turned it off.

Or even arrived at your destination yet.

The idea – not our idea – is that by turning the engine off whenever an opportunity presents itself – as when momentarily idled in traffic or caught at a red light – some gasoline will be saved.

Because with the engine off, the AC no longer works and the battery is being drained to power every electrical accessory that you’ve got running. This is hard on the battery. As are the multiple restart cycles. On the alternator, too – because it has to work harder to keep the battery – which is being discharged – charged up. Both are likely to not last as long. 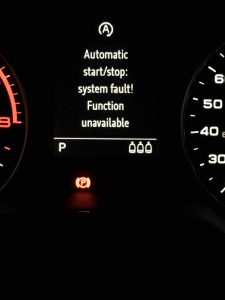 It is also hard on you – and not just financially.

The paint shaker-esque start/stop cycles get old quickly. Also the slight but present lag before you can actually get moving again. It takes a moment for the engine to start – even when a super-fast starter motor is used. An already running engine is ready to go right now. An auto-stopped one is not.

But the most irritating thing about it is this business of being pre-empted and “nudged” one more time by a peremptory piece of technocracy.

If you’ve been in a new car recently, you may have noticed the helpful little traffic sign icons that illuminate on the LCD display (almost all new cars now have these) as you drive. The bossy car knows the speed limit – a mortifying thing, when you stop to think about what that means – and will express its unhappiness that you’re traveling faster by turning the icon from white with black lettering – just like the real roadside speed limit signs – an angry red. 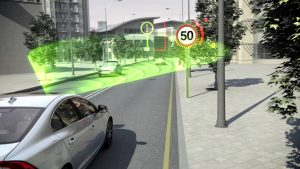 This is called Traffic Sign Recognition – and it goes beyond speed limit signs. It also includes (currently) Stop signs and No Right on Red signs. For the moment, the Little Brother somewhere within your dashboard merely stomps his electronic foot at you – by flashing red. It’s kind of like having a perpetual mother-in-law along for the ride – except you can’t open the door and kick her out.

Besides which, the computer won’t let you open the door.

What’s almost certainly coming is more than just an electronic foot stomp in the form of a futilely flashing light on the LCD display. New cars – most of them – already pre-empt your decisions about when to apply the brakes and will do that for you – or rather, contrary to you – if the Little Brother decides you should have but didn’t. This technology is marketed as automatic emergency braking or collision avoidance or pedestrian/object detection.

Point being, the car already has the technology – and the effrontery – to hit the brakes when it wants to. It’s not much of a step farther down the road to tie that technology in with the Traffic Sign Recognition technology to prevent the car from going faster than the speed limit, make it come to a complete stop at every Stop sign and never make an illegal U-turn or right-on-red, no matter how actually reasonable/safe it may be to do so.

The law is the law, after all.

And your car not only knows the law – it knows best, too.

Farewell and adieu to you fair Spanish ladies…