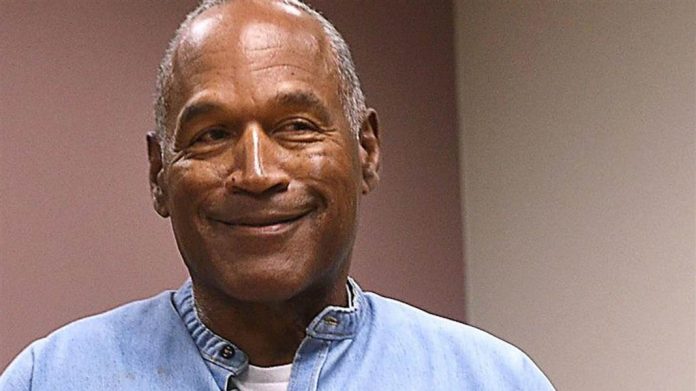 The Juice is Loose!

O.J. Simpson walked out of prison early Sunday after serving nine years for a Las Vegas armed robbery and kidnapping.

The former NFL star left prison shortly after midnight local time, and was picked up by a friend, according to Brooke Keast , a spokeswoman for the Nevada Department of Corrections.
“I told him, ‘don’t ‘come back,’ and he responded, ‘I don’t intend to, ‘” she said. “He was upbeat, personable and seemed happy to get on with his life.” Simpson, 70, was freed in the middle of the night to give him privacy. “Our biggest concern was our safety and the public’s safety and not wanting anybody, paparazzi, to follow him,” Keast said. “He left through a big blue door through the front gatehouse and exited quietly. He looked down because he didn’t want to be photographed.”
Ford Motor Co. did not comment publicly about the rumored OJ Edition 2018 Bronco reportedly in the works. The all-white prototype will reportedly feature “discreet” blood splatter and come with a single glove in the glovebox and pair of Bruno Magli shoes in the trunk.