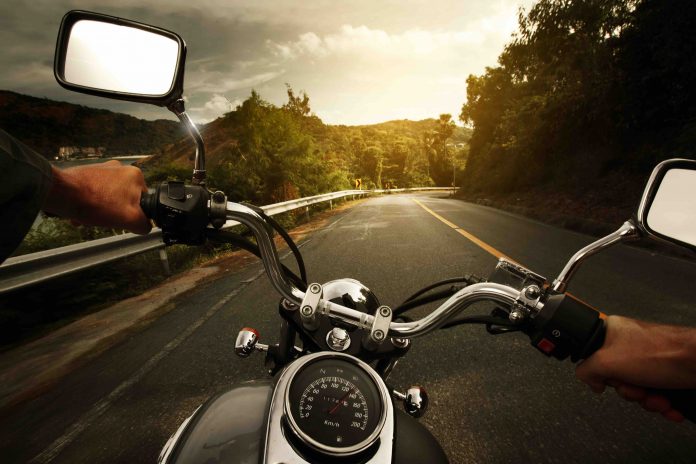 What happens to motorcycles in a world of automated – not autonomous – cars?

Don’t you hate that slippery shuck and jive? “Autonomy” means independent; free from external control. We are talking about cars that will be utterly controlled – and not by you.

They have to resort to dishonest language (other examples include the Department of Defense, which is concerned with aggressively offensive actions) in order to sell what otherwise reeks. 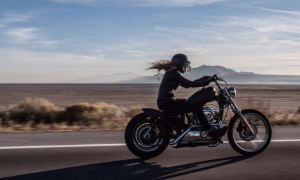 About not being a passive lump transported from A to B – which is the whole ball of wax behind the idea of the automated car.

To not drive. To be driven.  To get the trip over with as expeditiously as possible – and to be free to do other things while being transported. Sleep, eat, text. Have sex. Anything except have to deal with the driving part of it.

With bikes, getting there is a letdown because the trip is over. It is not uncommon for riders to purposely dally; to explore side roads – or take the long way. Or tear back up the series of S curves you just tore down. 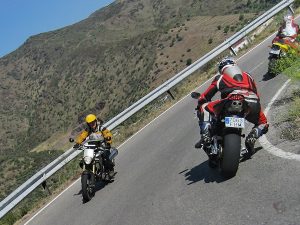 Not just anyone can do it – which they can do as far as driving a car. Which even without automated technology has become both boring and something that doesn’t require much in the way of skill, at least insofar as being able to push the “start” button and move the gear selector lever from Park to Drive.

Anyone – just about – can do that.

Almost all motorcycles have manual transmissions, first of all. Very much unlike most cars, nine out of ten of which come with automatics. And the way one shifts a bike is different than the way one shifts a manual-transmission car. On a bike, you operate the clutch with your left hand – and shift gears with your left foot. That same left hand is also responsible – at the same time – for imparting directional control via the handlebars. Which is only part of the way a bike’s direction is changed. 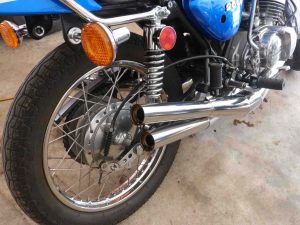 On a bike, one leans to steer. This involves shifting one’s weight while at the same time maintaining balance and keeping track of gears and shifting as well as throttle and braking.

On a bike, you roll on the throttle by rotating the right grip – which means using your right hand, which also (at the same time) is partly responsible for directional inputs.

There is a lever adjacent to the right grip that is squeezed to apply the front brake. That is to say, one brake. The rear brake is controlled separately, via a pedal, via pressure applied by the right foot. Some bikes have “linked” brakes – as all cars do – but most bikes still don’t. This means learning the art of applying exactly the right amount of pressure to the front brakes without over-squeezing and risking going “endo” – the front brake locking up, the rear of the bike continuing to move except now in a vertical arc.

And, conversely, of developing the necessary intuituve feel to not lock up the rear brake – and send the bike into a fatal skid. 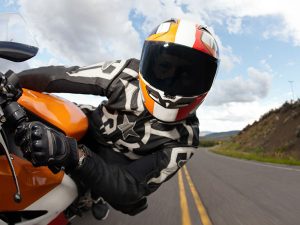 On a bike, brake application is also used to steer the machine. This is the art of trail braking, practiced by high masters who are respectfully referred to as being “fast” by people who appreciate the art. On a bike, “fast” does not mean quick in a straight line. Any squid can do that. “Fast” means someone who can negotiate curves as if they were straight.

The point being, riding isn’t just about getting from A to B. If it were, most people who ride would drive instead. It’s easier and much more convenient and you never have to worry about getting wet or being cold or getting sunburned.

It is about being autonomous – independent of control, free. Even if bikes could be automated, bikers would want no part.

Because what, after all, would be the point?