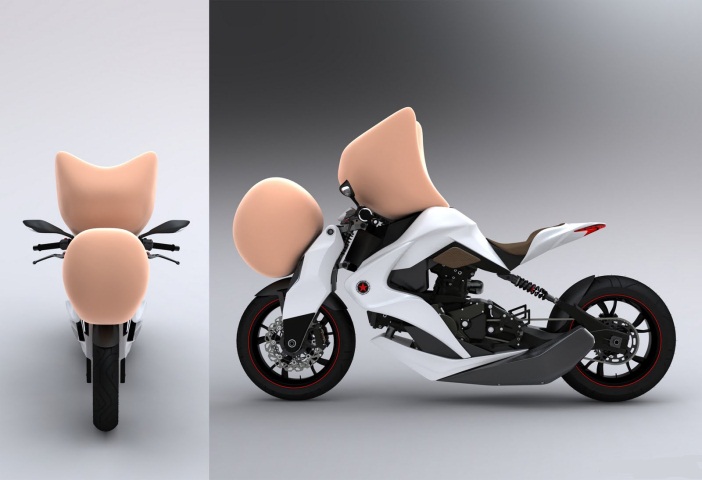 Have you gone shopping for a new sport bike lately? Try and find one that’s not encrusted with layers of electronics . . . just like any new car. 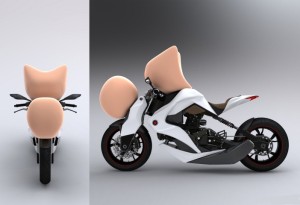 Some of them even have air bags.

Throw it in the woods!

You may disagree, of course – and that’s good, provided we each still have a choice. Unfortunately, those among us – me among ’em – who prefer our bikes free of electronic “aids” increasingly have but one choice: Go old. Buy a bike not new. One made before the switchover to EFI (roughly speaking, the early-mid 2000s and prior) and before the Cult of Safety began to make serious inroads.

It has now taken over.

I am certain that it’s going to get worse – from my perspective, anyhow. I see it as inevitable that all future motorcycles will not only feature air bags, they’ll be required to have them. The progression thus far exactly mirrors what happened to four-wheeled conveyances. At first, they were optional – and oddball. A couple of models offered them as (expensive) options. Very few people elected to buy them.

Air bags make cars “safer.” Ergo, every new car will have air bags. The car companies resisted – initially. But they very soon saw the light. Or rather, heard the ca-ching of the cash register. Air bags are very profitable. On the front and back end.

Thousands of dollars per car.

Do you suppose the motorcycle industry is less immune to the sweet sounds of bills crinkling, coins clinking? Do you imagine the insurance mafia will not begin to make even more exorbitant offers you can’t refuse to people who stubbornly decline to buy air bagged bikes? That it will be possible to fend off the safety warblers? How? They will claim – once again – that lives will be saved. The only effective counter-argument – that our lives are our business – doesn’t sell anymore. People have had it conditioned out of them. They have accepted – in principle – the idea that everything we are and do (and may not do) is subject to the will of the collective, as expressed via the ballot box or channeled through some anointed “representative.” If it is acceptable to insist that we wear a helmet when we ride – for “safety” – then why not also insist our bikes have air bags, on the same basis? 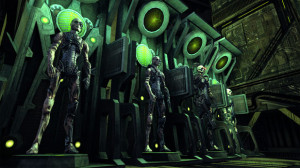 And the rest of it won’t require Uncle mandating it, either. The same idiot affection for “technology” that has bedazzled a nation and turned 300 million people into sail fawn gabbling (and text-message pecking) zombies will just as inevitably assimilate motorcycles into the Borg hive.

Marketing has convinced Joe Average that he can be Freddie Spencer if he buys a new R1 with all the gadgets. But if it makes him faster, it’s not him that’s faster. It’s the bike that’s faster. And that’s what sticks in my Luddite craw.

Just as computer-managed “launch control” in cars annoys me. And “rev-matching” downshifts – where the got-damned computer blips the throttle and does the double-clutching.

You are not demonstrating skill. The engineers are showing what they can do. 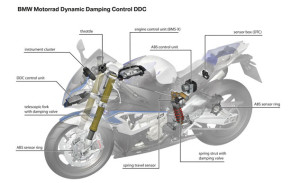 One of the things that attracted me to motorcycles was that they weren’t for just anyone. That learning to ride a sport bike especially was not unlike learning to fly a high-performance aircraft. Or becoming a lion tamer. Lots of risk, surely. But also great reward – once mastered.

Back to cages (cars) again: The up and coming generation will never know the joy of the four wheel power slide – because such a thing is not possible in an ABS-equipped car. And there are no new cars without ABS. Similarly – though on two wheels – it is probable that within a few years, it will no longer be necessary to learn how to modulate the front and rear brakes.

Because all bikes will have linked brakes.

And without doubt, more expensive.

You’ll be paying – top dollar – for all that “safety.” Both up front and down the road, when the cost to repair/replace all that “safety” stuff becomes more than it’s worth to keep the bike. Then, throw it away and get another one.

Before You Buy a Bike….