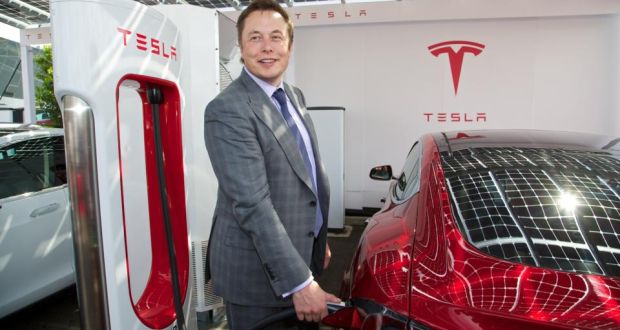 The proof, as they say, is in the pudding.

If – as Tesla’s carefully choreographed public relations machine maintains – the range issue has been solved and the car’s functional performance (as distinct from how quickly it can accelerate on a full charge . . . once or twice) is as good as implied – why not send me one to test drive?

I test drive new cars every week. All the major car companies (except GM, lately, for breach of political correctness) send me their vehicles for a week at a time, to drive them around and then relate to you how they drive – their good and bad points, etc. This is meant to be helpful to you, the prospective buyer.

But not a single electric car, so far.

Leaving aside the possibility of animosity – I have written unflatteringly about Elon and his crony capitalist business model – the reasons, methinks, are as follows:

I live too far from the press fleet staging areas; there is not an EV available that could make the trip without a pit stop to recharge overnight. No “fast” chargers on I-81, the main and only north-south Interstate between the press hubs for the northeast region in the DC area and my redoubt in the Woods of rural southwest Virginia. It’s a one-way drive of about 250 miles – and you have to drive at about 75 continuously (the speed limit is 70) if you don’t want to have Kenworths leaving tire tracks up and down your back.

This is a problem for electric cars. They are optimized for low-speeds, not high ones. And for short bursts, not continuous vigorous exercise. 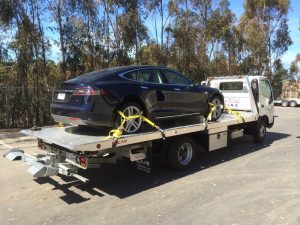 It is also probably a problem for you – unless you have a flatbed chase vehicle. Or have strategically staged “fast” chargers along the route. The problem is that outside of (cue Arnold voice) Kulivornia there aren’t any such. Not outside of the city’s inner ring, either. Which makes trips beyond the ring problematic – for Tesla and for you, if you end up buying one and intend to ever drive farther than about 100 miles from your electric umbilical and at more than a crawl.

I would test the Tesla’s vaunted quickness repeatedly – to see what the effect would be on the battery pack’s charge, as this affects range.

I would want to know whether the range is reduced appreciably by sustained high-speed driving.

It would be embarrassing – and rather ridiculous – if it turns out that the Tesla’s “insane” mode – the button you push to set the car up for maximum effort acceleration – is only good for a couple of quick bursts of speed. That if you use the performance the car touts more than very occasionally, your zero to 60 time will not be 4 seconds or less but  . . . stationary. 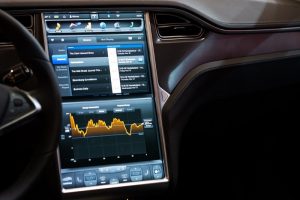 While you wait for the battery pack to recharge.

I would also use the AC – full blast, not tepid to “save energy.” And the heat, full hot. I would want to test the car on a very hot day as well as a very cold day. And see what the effect the use of necessary accessories has on the battery pack’s charge state. Because if I am buying a $40k-plus car, I want to not freeze in winter – or have sweat stains under my armpits in summer.

I am willing to bet real money that the Tesla’s touted range is advertising hype of a piece with cons that swoon marks with claims that “you could earn a six figure income working from home today!”

Yes, you could. But probably won’t.

It’s my bet that range is not even half what is advertised when the car is driven remotely aggressively and the accessories uses liberally. I suspect Tesla knows this. It explains why only “select” journalists – which isn’t me – are allowed anywhere near one unsupervised. 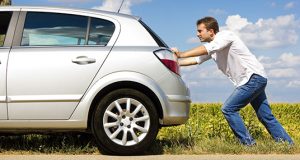 The journalists who are allowed seat time may be “select” but they’re not journalists. Guys like this Frederic Lambert character, who gets rewarded by Tesla for steering marks their way.

It tells you something, or ought to. Like the faint whiff of smoke that wakes you up late at night.

I want to be fair to Tesla – to electric cars generally.

To be as clear as 190 proof grain alcohol about where I stand on this business: I am not opposed to electric cars at all. I am merely very skeptical about them, as far as their practicality and their economic sensibility.

It seems strange to me that, rather than tout how economical they are, most EV makers – and Tesla in particular – focus on how sleek and quick their cars are. Well, so is a Porsche. But the Porsche – assuming it’s not an elektrische Porsche – isn’t subsidized and they don’t need to flatbed one to get one to me for a test drive. 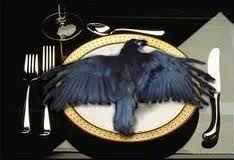 If I’m wrong about electrics, I will not be unhappy about admitting it. If it turns out that one can drive a Tesla as one would and could and should drive any other high-dollar luxury-sport sedan without functional repercussions, I will sing it to the heavens. If the thing’s range isn’t much-affected by the full use of necessary accessories such as the AC and heat and headlights, I will tell all who ask and gladly.

I think it would be great if electric cars performed better than IC-engined cars. Or even just as well. Even better, if they were more economical to own than an IC-engined car. Only a maniac or a fool would be opposed to better and cheaper.

But I have my doubts.

Tesla could dissipate these by sending me one of their cars to drive for a couple of days. That would be the proverbial proof of the pudding.

Which says a lot about the likely truth behind the EV agitprop.