Car journalists aren’t supposed to be car salesmen. Or at least – if they are – they have an obligation to tell you they are.

Else you might think their reviews aren’t exactly  . . . objective.

Tesla gets some great coverage from certain journalists – who aren’t really journalists because they are on Tesla’s payroll.

And not telling you about it.

One of these is a guy named Frederic Lambert, who writes for a Tesla fanboi blog called Electrek. His “coverage” of Tesla vehicles – and Tesla generally – has been uniformly snuggly and warm. Perhaps because he is compensated for “referring” his readers to Tesla. If they buy a Tesla based on his “referral,” Frederic gets goodies!. The value of these free goodies is comparable to the subsidies taxpayers are forced to pay people who buy Teslas.

Three referrals entitle the referrer – Lambert and no doubt others-not-yet-outed – to a free set of 21 inch Arachnid wheels for the Model S or a 22-inch Turbine wheels for the Model X. If you had to buy a set of forged 21 or 22 inch wheels over-the-counter from Tesla – as opposed to getting them under the table – you’d be looking at a couple thousand bucks, at least (see here). 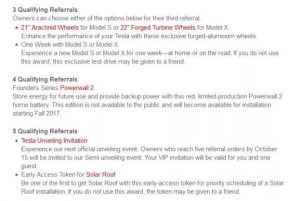 Your fourth referral supercharges things, gets you a free $5,500 Founder Series Powerwall 2 home battery charger – signed by Elon himself, even! This is worth a pile. Not Elon’s signature. But the charger system. And it’s free – our favorite price! – if you help snuggle a few marks into a Tesla via your slob-on-the-knob “coverage” of them.

One hand washes the other.

Hell, one could make a living doing this. Why just write about cars when you can get paid-in-payola by the manufacturer to sell them, too!

Lambert also reportredly owns Tesla stock – which means the obvious as far as the objectivity of his coverage of Tesla.

So why no alarums of outrage? Why is Lambert still in business?

Because his sort of graft is in tune with the current orchestra of political correctness. The “referrals” are couched in terms of Planet Saving. By getting six people into new Teslas, Frederic Lambert “helped save 642 gallons of gasoline” and kept “6,744 lbs. of carbon dioxide” from being emitted.

“Breach of ethical standard please (sic). I am a Tesla owner (surprise) and take advantage of their referral program. Nothing to do with my reporting.”

You can imagine the Hell that would have to be paid by Roy – or by me – if it were discovered that we “earned” thousands of dollars’ worth of free stuff from one of Elon’s IC-engine rivals by “referring” marks to the cars we’d just been writing about.

And yet, hardly a ripple.

Consumer Reports likes to trumpet the fact that it accepts no advertising from any car company. And while Consumer Reports is far from objective – the truth is, no writer is or even can be; we all bring our personal biases to the keyboard –  at least the reader can rest easy knowing the reviews they’re reading aren’t advertising copy in mufti. 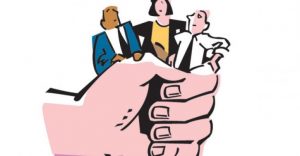 As an old newspaper guy, I can personally attest that advertisers can and do bring enormous pressure to bear on a paper – or magazine’s – automotive coverage, especially car reviews. One angry call from a muckety-muck at GM, say, about a review they didn’t like and an implied threat to yank a quarter page ad for the new whatever-it-is – and bet your bippie the reviewer’s chain gets yanked.

I escaped this by going rogue – by establishing my own shop, which is supported by the readers rather than “referrals.” I’m not making thousands of dollars per month in payola but am glad not to be. Whatever you may think about my reviews, you can rest easy that I’m not being paid by the manufacturer to stroke the car.

The fearsome thing is that this business just described is becoming the New Business Model – and it is being aped by other car companies. They want favorable coverage. Which conflicts with objective coverage. 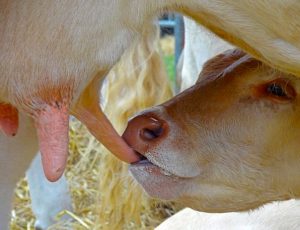 One way to do that is to buy favorable coverage – as in the case of Our Friend Fred.

Another method is to stifle coverage that isn’t favorable – merely fair – by not favoring the fair journalists.

Not by withholding “free” stuff, per Fred. But by denying them access.

I, for example, have not been able to get a Tesla to review. Notwithstanding that I’m at least a ranking middleweight contender, as far as my car journalist bona fides and the size of my audience (see here for more on this).

I would be fair to to the Tesla – as I have been fair to cars like the Chevy Volt, which you can read about here. But that is not what’s wanted. What’s expected is “coverage” a la Fred. Deliver that – and they’ll deliver cars to test drive.

And other things, too.