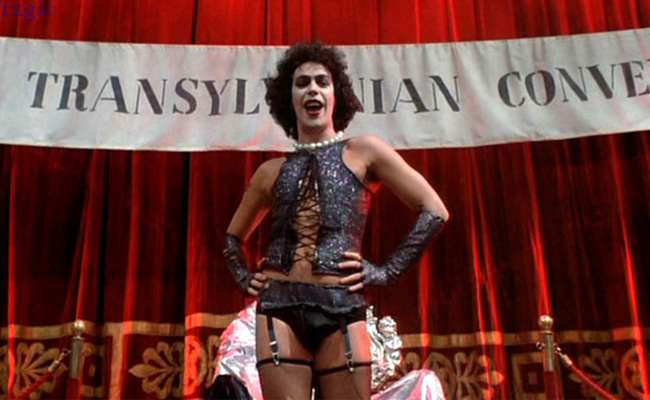 Things are worse than even I imagined Have a look at the following, which is not farce. It is deadly serious:

Jane, whose name has been changed for privacy reasons, had been working at a car dealership for a little more than a year before working up the courage to pen a letter to the manager.

It was time, Jane had decided with the help of a therapist, to come out as transgender at work and begin dressing in a way that made it clear Jane did not identify as a man.

“I believe this will yield significant benefits to my confidence, productivity, ability to communicate and my general mental wellbeing,” Jane wrote to the manager. “But I also realize that a person never transitions alone and that there may be discussions you would like to have with board members and other employees/consultants before I act on my intentions.” Of the nearly 900 people who responded to the Automotive News Project XX Survey on sexism in the workplace, only a handful identified as transgender. Transgender people face a much higher rate of discrimination today than the general population, experts say. According to the National Center for Transgender Equality, one in four transgender people report having lost their jobs because of bias, and more than three-quarters say they have been discriminated against in the workplace.

So the decision to come out at work is often fraught for transgender people, who face risking their jobs and livelihoods to live the way they feel most comfortable.

“There is nothing written into state or federal law in any place that I practice which protects gender identity,” said Dan Canon, a civil rights/employment attorney from Louisville, Ky., who was one of the lead attorneys on Obergefell v. Hodges, the Supreme Court case that made gay marriage legal in the U.S. in 2015.

Canon said some courts interpret Title VII gender-equality laws to include protecting transgender and gay people, but other courts do not. Some urban areas have passed ordinances to protect gender identity, he said, but “those tend not to have the same kind of teeth as state statutes or federal statutes.” And this year, President Donald Trump issued an executive order that rescinded an Obama-era order which barred federal contractors from discriminating against LGBT people.

It was the Obergefell case that prompted Jane to come out at work, but it took a year after the court decision for Jane to decide how to do it.

Jane did not get a chance to send the coming-out letter before the big news broke. A co-worker found Jane’s Facebook page, showing Jane’s life outside work, and shared screenshots around the office. In an attempt to address the issue head-on, Jane hand-delivered copies of the note to people in the office and gave them opportunities to ask questions. 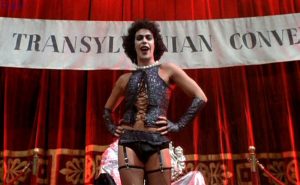 About a week later, the boss called Jane into his office and said some people had expressed concerns. “He told me that some of the women in the office were asking what bathroom I would use and that, while he could not tell me that I could not use the women’s restroom, that I should continue using the men’s room ‘just to make things easier,'” Jane said.

Both restrooms — male and female — are single occupancy. Jane continues to use the male restroom and said co-workers and customers aren’t shy about asking inappropriate questions or making comments about Jane’s appearance or voice.

“Places that encourage their employees to come and bring their whole selves to work, those organizations with support services or community groups, those that encourage people to get involved, they tend to provide a better workplace for people.”

Jaison Ashley Gardner, an activist from Louisville and co-host of the podcast “Strange Fruit,” said he doesn’t think the auto industry is a harder place for transgender people to transition than any other industry. It comes down to how committed a business is to being diverse, he said.

“Places that encourage their employees to come and bring their whole selves to work, those organizations with support services or community groups, those that encourage people to get involved, they tend to provide a better workplace for people,” he said.

There are a couple of things Jane said the dealership could do to make it a more welcoming place for a transgender employee. Managers could let employees go by their preferred names and pronouns. The office could provide gender-neutral bathrooms. And managers could make it clear that it is inappropriate to make fun of other employees or ask probing personal questions.

Jane said that sometimes, it feels like a career in automotive is not worth tolerating the snide remarks, off-color comments and the feeling that, as a transgender person, Jane has become invisible at work.

Why stick around in the industry, then?

“I really do genuinely love what is happening in automotive right now,” Jane said. “I wouldn’t want to leave.”

Almost Half Of All Americans Support Domestic Surveillance Drones