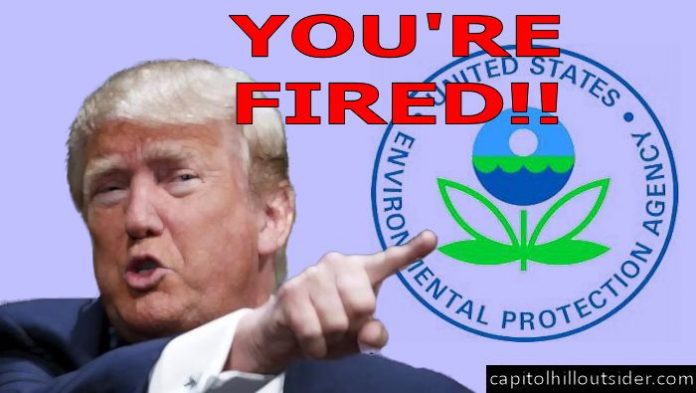 To starve The Beast.

The Trump administration is seeking to nearly eliminate federal funding of the EPA’s budget for light-vehicle emissions and fuel-economy testing but will seek to raise fees on the auto industry to pay for some testing, a government document shows.

The cuts would slash by more than half the staff of the EPA department that conducts vehicle, engine and fuel testing to verify emissions standards are met and mileage stickers are accurate. .

In a March 21 budget document posted online by The Washington Post, the Trump administration proposed eliminating $48 million in federal funding for EPA vehicle and fuel testing and certification.

It represents a 99 percent cut in federal funding of the vehicle testing budget and would require “pretty much shutting down the testing lab,” said Margo Oge, who headed the EPA’s Office of Transportation and Air Quality under President Barack Obama.

The proposal, which would also cut 168 out of 304 full-time jobs, seeks to partially fund current operations by boosting fees that automakers and engine manufacturers pay for testing. An EPA official confirmed the document’s authenticity.

The Trump administration has proposed cutting the EPA’s budget by 31 percent and eliminating more than 50 programs.

EPA spokesman John Konkus declined to answer questions about how the cuts could affect vehicle testing. “We know we can effectively serve the taxpayers and protect the environment. While many in Washington insist on greater spending, EPA is focused on greater value and real results,” Konkus said.

Viva Trump, if he can shut any of this down or even just slow it up a little.