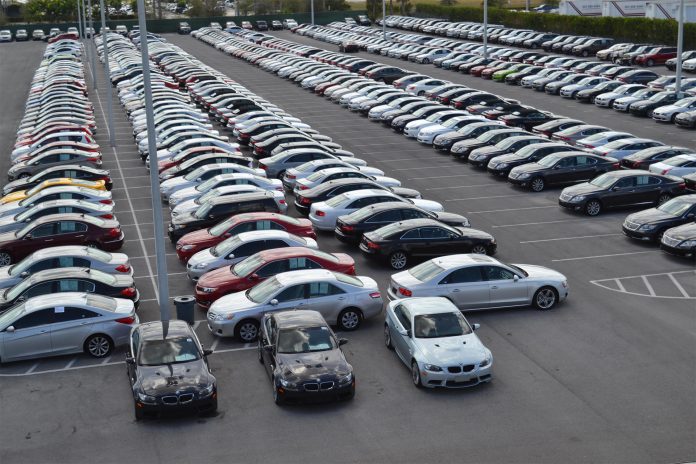 Per my article of a couple week back about the glut – the stacking up inventory of unsold new cars – it looks as though it’s getting worse.

According to the Automotive Data Center, there are an estimated 4,120,900 unsold vehicles on hand at dealerships around the country – equivalent to almost a three month supply of new cars. Put another way, the production lines could be idled for three months before dealers began to run out of supply.

But they’re not being idled – which would be smart policy but very bad politically – so inventory will continue to stack up.

There haven’t been this many new cars not being sold since back in the spring of 2009 when there was an 85 day supply.

Just over half of the total unsold cars and light trucks in the U.S. at the beginning of May were either General Motors, Ford or FCA products, while another third were from Japanese brands.

The remainder was split between European and Korean automakers.

Total unsold imports represented a 69-day supply on May 1, up from 60 days a month earlier. As they have for more than a year, two import brands represented the extreme ends, with Subaru continuing to run the leanest inventory in the industry while Fiat maintained the highest.