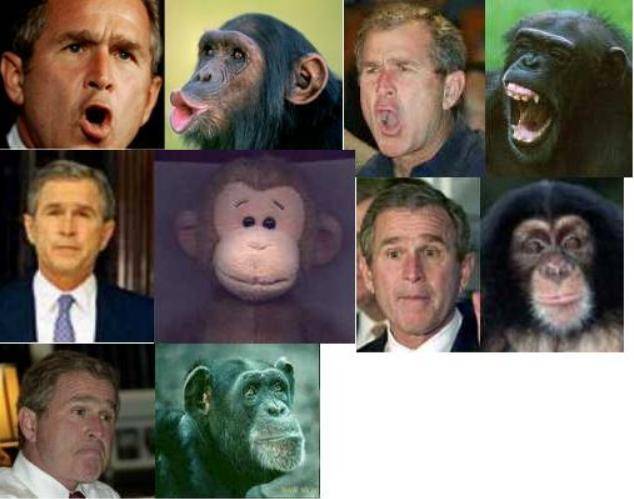 If you needed a reason to be at least slightly pro-Trump, here are two:

Thus saith the Chimp and his sire.

It’s beautiful how clueless they are. That – despite his many flaws – people voted for Trump to a great degree because of their abiding hate for the Chimp, his sire and everything they and theirs represent.

The Chimp, more than any other living political cretin, poured gas on the fire and accelerated the immolation of what remained of not just liberty in this country, but basic decencies such as the presumption of innocence and a finding of guilt prior to punishment.

This loathsome simian – this mass murderer – has the gall to call Trump names? Say what you will, Trump hasn’t engaged in calculated mass murder and snickered about it on live TV.

The words of Obi Wan come to mind. By striking me down, you make me more powerful than you can possible imagine.

So, thanks Monkey Face. You just did Trump -and us –  a service!