There’s a new reason for buying an old car. It’s not nostalgia, it’s not a love for classic lines – though those still come along for the ride. It’s a desire to drive something without all the stuff new cars come with.

To be free of the hassle, expense and Big Brotherism of new cars – which for many of us has passed an Event Horizon of tolerableness. Enough. There’s got to be some kind of way out of here.

Old cars – the really ancient ones, those built before the early-1980s – do not have computers or fuel injection or air bags or back-up cameras. They do not noise-torture you with buzzers if you elect not to buckle up for saaaaaaafety. You can turn the headlights off – and the engine doesn’t shut off unless you shut it off. 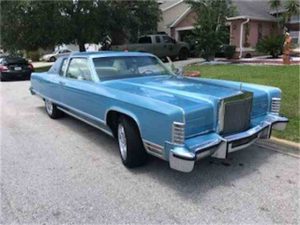 The drivetrain is mechanical and not Borg’d by electronics that are baffling even to engineers and which sometimes require specific, very expensive diagnostic machines and tools to deal with. Most service work can be done by the owner, with very basic hand tools.

In this way, pre-‘early ‘80s cars are like soda with real sugar and grass-fed beef vs. high fructose corn syrup and . . . corn-fed, clogs-your-pipes beef.

But pre-early ‘80s cars have their issues, too.

First and foremost – they are not idiot-proofed.

Be aware that a car without anti-lock brakes (ABS) will become uncontrollable if you slam on the brakes, because that will usually lock up the brakes. Which, in turn, locks up the steering.

The car will skid in the direction it was going and you will lose the ability to steer in another direction unless you let off the brakes  – something that’s counterintuitive as well as no longer taught because with ABS-equipped cars, it’s not necessary. You just slam on the brakes  and the ABS system prevents the brakes from locking up by automatically releasing pressure just before they do lock up.

In the pre-ABS days, new drivers were taught the skill of threshold braking – or at least, had heard about it. The idea was to manually do what ABS does automatically: Apply and release braking pressure to slow the car without losing the ability to steer the car. If you buy a car without ABS, it is wise policy to practice this skill so that it becomes automatic, in the event you ever have to slam on the brakes.

You should also become acquainted with stopping distances – and increase your following distances – because older cars not only haven’t got ABS, they generally have mediocre brakes (relative to new cars) and take longer to stop, especially if they need to do it in a hurry.

The same applies with regard to wheel slip during acceleration. Traction and Stability control are things cars didn’t have before the ‘80s (and it wasn’t common until the ‘90s). This means that if you floor the accelerator pedal and the car has the power to do it, the powered wheels (usually, it will be the rear wheels, if it’s a pre-1980s car) will break traction. “Traction control” in such a car means easing off the gas just enough to maintain control of the car and avoid going sideways beyond the point of recovery.

This, too, is a skill that takes time and experience to acquire.

Those who grew up with cars that don’t require such skills can get into trouble quickly. If you’ve never driven a car without traction control and stability control, be very careful the first time you do drive one that hasn’t got these safety nets. If you are not familiar with the the power/performance capability of the car, ease into it very gradually – until you know what the vehicle’s grip limits are before you actually reach them. And how the car will behave once you do reach them.

Because maintaining control will be your job. Remember: no electronic safety net.

Driving an older car requires more skill and attention. This can be more demanding – but it’s also more rewarding.

The other thing to know about old cars before you buy one is that while they are simpler and more DIY-friendly, they are also more finicky. And more maintenance-needy.

In a car made before computer-controlled fuel injection came online, there is a starting procedure – and it varies from car to car. This is a function of these cars having carburetors – mechanical devices that have chokes to richen up the air-fuel mixture at cold start – and which take a little time to warm up before you can drive them away smoothly. 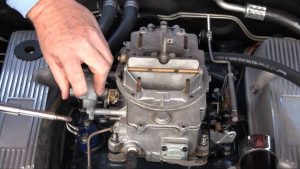 In general, you must pump the accelerator to set the choke (if it has an automatic choke; some of the older cars require that the choke be set manually, by pulling a knob that pulls on a cable) and spray a spritz of fuel into the engine – and then turn the key to engage the starter. If you don’t follow procedure – if you just turn the key as you would with a modern car – the engine probably won’t start.

If it does start, the engine will initially idle at a fairly high RPM – fast idle – until it warms up enough to release the choke. It is a good idea to let the engine run until the idle stabilizes and you can release the choke – usually done by a quick stab of the accelerator pedal, if the car has an automatic/thermostatically controlled clutch.

If you try to just drive off, the car may surge forward – due to the fast idle – or stall out, because it’s not yet warmed up enough.

New cars are less fussy – but they have much less personality. Anyone can drive a new car. It takes some knowledge to drive an old car! 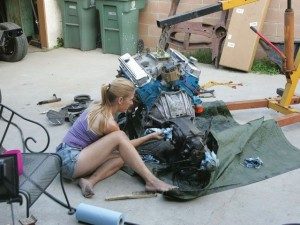 Finally, there is the issue of maintenance. Old cars do need more – and more frequently. Things like minor adjustment of the carburetor and ignition (timing, point gap) and new spark plugs more like every 20,000 miles vs. every 50,000 or 100,000-plus miles, as with a modern car.

But, these more frequently necessary minor tweaks do not require the services of an expensive dealership or expensive diagnostic equipment. Older cars can be kept in tune by almost anyone willing to learn a few basics and acquire some basic hand tools. You’ll get your fingers dirty, but your wallet will be fatter – and you’ll have the satisfaction of being able to fix your car yourself, most of the time.

And that’s something you can’t put a price on!